DUBLIN, Ohio (AP) — Jon Rahm walked off the 18th green at the Memorial after tying the 54-hole record and building a six-shot lead, leaving him on the cusp of joining Tiger Woods as the only repeat winners.

Moments later, he doubled over and said in anguish, “Not again!”

Rahm was notified he tested positive for the coronavirus, knocking him out of the tournament.

A command performance, that included a hole-in-one Saturday morning to complete his second round, went to waste.

The PGA Tour said the Spaniard had come in close contact with a person who was COVID-19 positive, meaning he could play provided he was tested daily. Every test came back negative except the one after his second round that was completed Saturday morning.

The positive test was confirmed, the results returned as he was on the 18th green. Rahm was been asymptomatic all week.

He was withdrawn from the tournament, leaving Patrick Cantlay and Collin Morikawa tied for the lead at 12-under 204.

“It’s kind of the worst situation for something like that to happen and he played awesome today and it’s just, it’s really a shame,” Cantlay said. 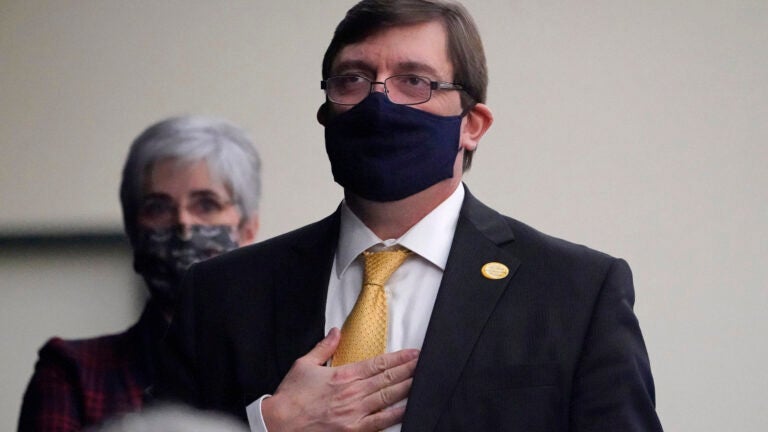