Charlie Woods has decent genes when it comes to golf.

His father, Tiger, is the sport’s most recognizable figure, and Charlie, 12, has clearly developed a passion and knack for the sport himself.

Together, they’re competing at the PNC Championship as a parent-child duo. It’s Tiger’s first televised tournament since his horrific car crash in February. He and Charlie, who have strikingly similar swagger and showmanship, finished seventh in the event last year.

Their mannerisms are almost identical while playing, as captured by the PGA Tour.

“Well, I didn’t have speed like that at that age,” Woods said, according to Golf.com. “I was probably a little bit taller than Charlie is at that same age. I was skinny as a rail. I looked like a 1-iron. The way we move, the way we push off or — sorry, the way he pushes off, or how I used to push off, very similar.”

Tiger said that while he can’t necessarily play like he once could due to a string of injuries, he loves helping Charlie reach his potential.

“I may not be able to execute it, but I can help strategize some of his shots, how to hit it, things of that nature, and make sure that he’s in his little bubble and he’s having fun,” he said.

It’s working out so far. Here are some Team Woods highlights from the beginning of this year’s event. 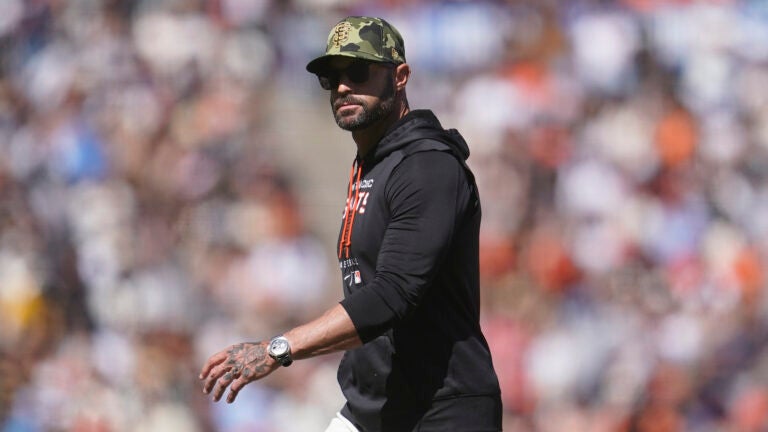