Support, from prayers and well wishes to hundreds of thousands of dollars, has flooded in for a Milton Academy hockey player, whose dreams of playing at the collegiate level were dashed following a severe, on-ice injury on Saturday that left him paralyzed from the waist down.

Jake Thibeault, 18, of Fitchburg, fractured two vertebrae in an on-ice collision and suffered a small brain bleed, according to an online fundraiser established for him by the Greg Hill Foundation.

“Jake is tough, is overflowing with grit and is determined to walk again. But he is scared beyond belief,” Jake’s father, Michael Thiebeault, wrote in a Facebook post on Monday. “Losing hockey and his dream of playing collegiately, which we now know for certain was happening, is soul crushing for him.”

Donations and encouragement for Jake’s road to recovery have, however, abounded in recent days, including a GoFundMe campaign that garnered over $254,000 in 24 hours.

“The Boston Bruins are keeping Jake Thibeault in our hearts today,” the Bruins said in a statement on Tuesday. “We offer our full support and well wishes to Jake, his family, and the rest of the Milton Academy hockey community.”

Kevin Lizotte, who launched the GoFundMe effort and coached Jake when he played for the Worcester Junior Railers and other teams, wrote on the online fundraiser page that Jake “embodies the Milton Mustang’s motto ‘Dare to be true.'”

“He is a true gentleman, a true athlete, a true student, a true teammate, and a true friend,” he wrote.

According Lizotte, Jake played with his son on the Blues Leominster Dek Hockey team, and also played for Twin City Youth Hockey, Fitchburg High School, the Boston Bulldogs, and the South Shore Kings, among numerous other travel teams.

“What makes Jake an outstanding hockey player has less to do with skills and skating and so much more to do with character,” Lizotte wrote. “Jake is among the most dedicated, hard working student athletes. He has more grit and perseverance than most 18-year-olds. Most importantly, he is the ultimate teammate. He’s the first to pass the puck to set up a perfect scoring opportunity for (a) teammate and the first kid to provide backup if someone is disrespecting his team.

“He is positive and encouraging to others both on and off the ice,” he added.

Michael Thibeault shared links to both fundraising campaigns on Facebook, and wrote that each was established to support Jake’s future care.

As of early Tuesday afternoon, the Greg Hill Foundation initiative had eclipsed $31,400, easily surpassing the foundation’s pledge to match all donations up to $5,000.

Donations for the GoFundMe campaign on Tuesday poured in at a rate of tens of thousands of dollars in merely a few hours, surpassing its $250,000 goal in the afternoon.

“The entire South Shore Kings organization is praying for Jake Thibeault,” the South Shore Kings wrote on Twitter on Sunday. “Jake was a member of our U18 full season team last season. The entire hockey community is with you Jake and we are going to help overcome this!!!”

On Facebook, Jim Lattanzi, owner of Hollis Hills Farm, asked for prayers and support for Jake, who worked at the farm in recent years after approaching Lattanzi for a job when he was 13 years old.

“Jake always has the best attitude and an eagerness to work and learn,” Lattanzi wrote. “A talented hockey player, we had to work around his schedule, but we could always find something for him here.”

Michael Thibeault detailed on Facebook his son’s commitment to the sport he loves, illustrating the lengths he went to improve his performance.

There were the 4 a.m. wake-ups twice a week for a year so Jake could get to skating lessons before school, he wrote. Jake worked 10-hour shifts “in blazing heat staking and delivering 500 bails of hay” then drove over an hour for practice or games, his father wrote.

In 10 months, he put over 60,000 miles on his car driving to school and hockey-related endeavors, seven days a week.

At home for years, Jake shot “500 pucks a night, no matter the weather or time (of) year on his little dek rink,” Michael Thibeault wrote.

“Come see our dek, it looks like 10 machine guns let loose on it for a month!!”
he quipped. “Me and him (were) out there at all hours ignoring the neighbors yelling for him to ‘GIVE IT A REST!'”

Jake had met with collegiate coaches and began his recruitment process, his father wrote. He still has a dream to attend Babson College, “maybe minus the hockey,” Michael Thibeault wrote.

Drew Thibeault, Jake’s brother, wrote on Instagram on Monday the hockey player said, “I’m ready to fight and I will FIND away to get through this.”

“Jake’s fight is just starting,” Drew Thibeault wrote on Twitter. “Thank you to everyone who has donated already and reached out. Jake really appreciates it and again is going to continue to need your support.”

Michael Thibeault thanked everyone for their donations on Monday, writing in a Facebook post his family is “incredibly blessed for everyone who has stepped up and reached out with prayers and support.”

In a separate post, he wrote that his son will “be back on the ice in one form or another some day.”

“He may have missed achieving his dream by the thinnest of slivers but in our eyes he made it,” Michael Thibeault wrote. “Now it’s time for him to create new dreams to chase!!!” 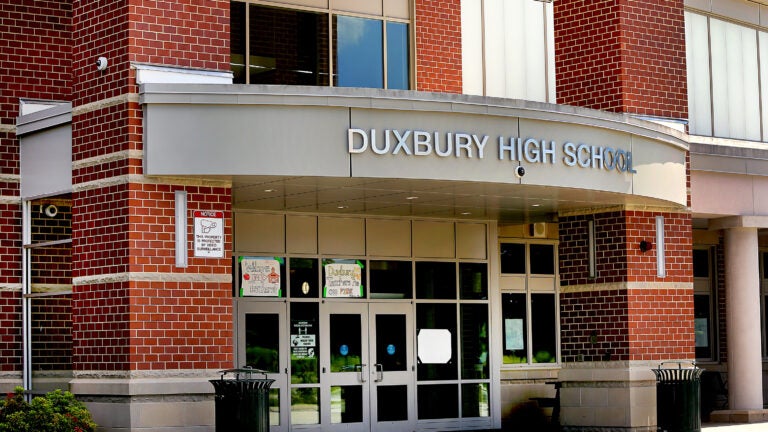