On May 4, 1968, Dancer’s Image, a Maryland-bred colt owned by Boston boxer-turned-auto-businessman Peter Fuller, took the starting line at the 93rd running of the Kentucky Derby. Fuller, the son of former Massachusetts Gov. Alvan T. Fuller, won with the same horse just a few weeks earlier at the Wood Memorial Stakes in New York.

Despite a slow start, Dancer’s Image crossed the finish line first at the 1968 Derby. But in the end, he would not be recognized as the champion.

In a mandatory urinalysis two days after the race, the Thoroughbred tested positive for phenylbutazone, an anti-inflammatory tablet used for joint pain, which is better known in the racing community as “bute.” At the time, the substance was banned at Churchill Downs. Despite a lengthy appeals process, Dancer’s Image would be disqualified, and Forward Pass—the second horse to cross the finish line that day—would be declared the winner.

To this day, the 1968 race marks the only first-place disqualification ever issued at the Derby, and it remains arguably the most controversial decision in the race’s 142-year history.

The news was big enough to land on the cover of Sports Illustrated, but several loose ends have left it open to much speculation through the years. Who drugged Dancer’s Image? Was he even drugged at all? And did an act of kindness in the heat of the American Civil Rights Movement have some effect on the decision? 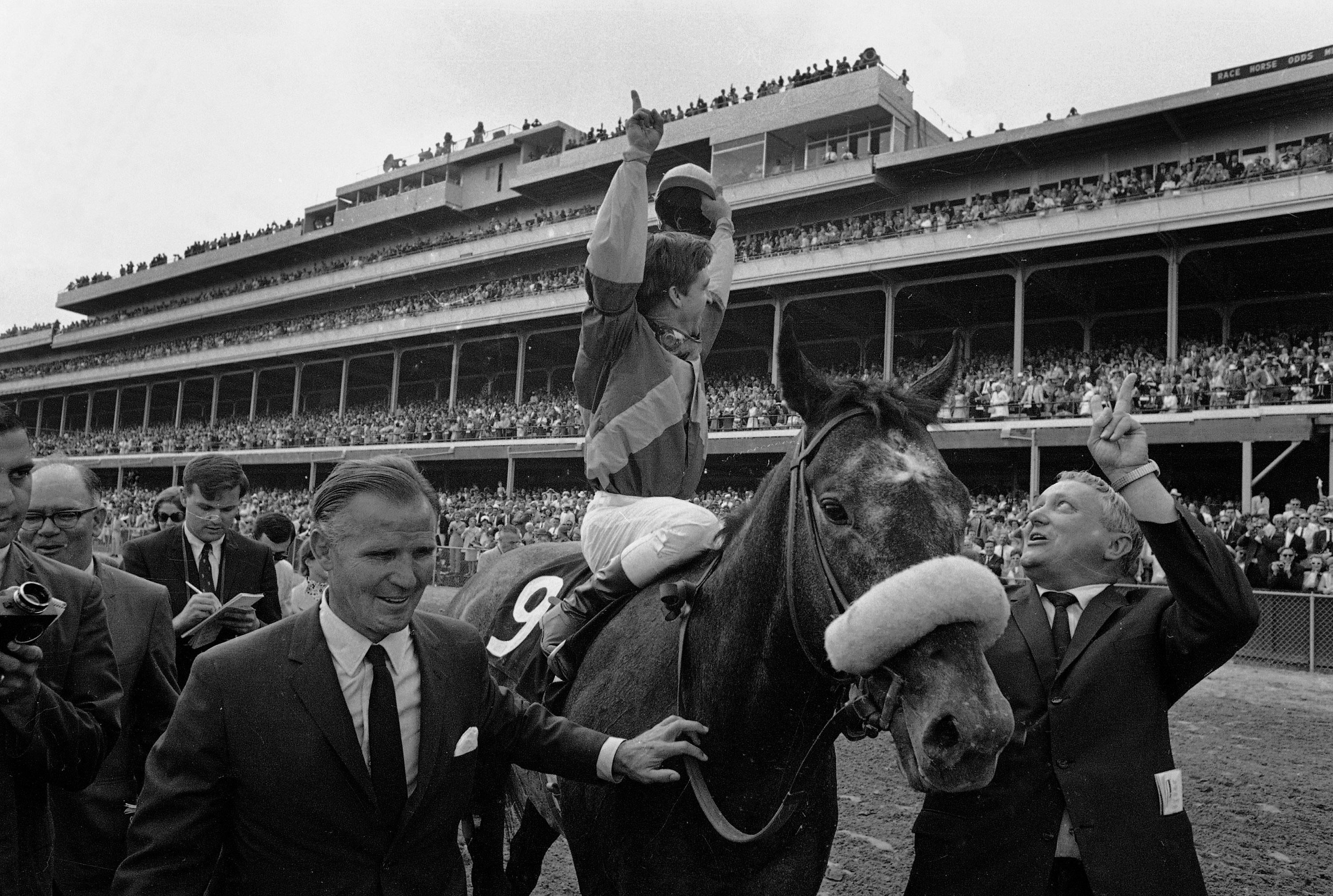 Raised in an upper-class family in Boston, Peter Fuller graduated from Milton Academy and Harvard, then took over his father’s successful car dealership after a stint as a boxer. He also dedicated considerable time and money to Civil Rights causes, including founding the Positive Program for Boston, a community service organization in Roxbury that was honored by the NAACP.

It was while Fuller served on the board of trustees at Boston University that he had the chance to meet someone he greatly admired: Martin Luther King, Jr., one of the university’s most notable alumni.

In May 1967, in the heat of the Civil Rights Movement, King led mass demonstrations against housing discrimination in Louisville. The demonstrations coincided with the Derby’s race week.

Stone even released a public statement to the Louisville Courier-Journal on April 27, 1967:

“We have no quarrel with either the advocates or the opponents of open-housing. This dispute is something that just doesn’t concern us. We plan to go ahead with our normal Derby Day operation. We are making the same preparations as usual to insure [sic] both local residents and visitors have a very pleasant and enjoyable day.”

King was assassinated on April 4, 1968, less than a year after he led the demonstrations. Later that month was the Governor’s Gold Cup in Maryland, where Fuller’s horse would compete. Fuller saw an opportunity.

“Driving to the 1968 Governor’s Gold Cup at Bowie, Fuller, an admirer of the recently assassinated Dr. Martin Luther King, told [farm manager Bob Casey], ‘Bob, if we’re lucky enough to win this, I’m going to give the purse to Mrs. King,’” according to a July 21, 1981 report in The Boston Globe.

Dancer’s Image won the race, which was just weeks before the Derby, and Fuller made good on the promise, giving his winnings of more than $60,000 to the recently widowed Coretta Scott King. But the act of goodwill wouldn’t come without consequences.

Years later, Fuller hinted that his support of King’s family just before the 1968 Derby could have had some influence on the outcome of the race. “It doesn’t really take Sherlock Holmes to see that there might be quite a bit of bias there,” Fuller told the Globe in 1981.

Fuller’s daughter, Abby, an accomplished jockey, was only nine-years-old in 1968, but recalls some of the backlash immediately following the Derby.

“We may never know the full story of what happened,” Abby told the Globe 40 years after the race. “Some of the reasons are more than some people would like to admit, as far as the racism.”

Fuller also experienced backlash in Kentucky for his gesture.

“Mr. Fuller received death threats, Dancer’s Image was derided with a racial epithet around Louisville, and one of the Fuller stables was set on fire,” The New York Times wrote in Fuller’s 2012 obituary. 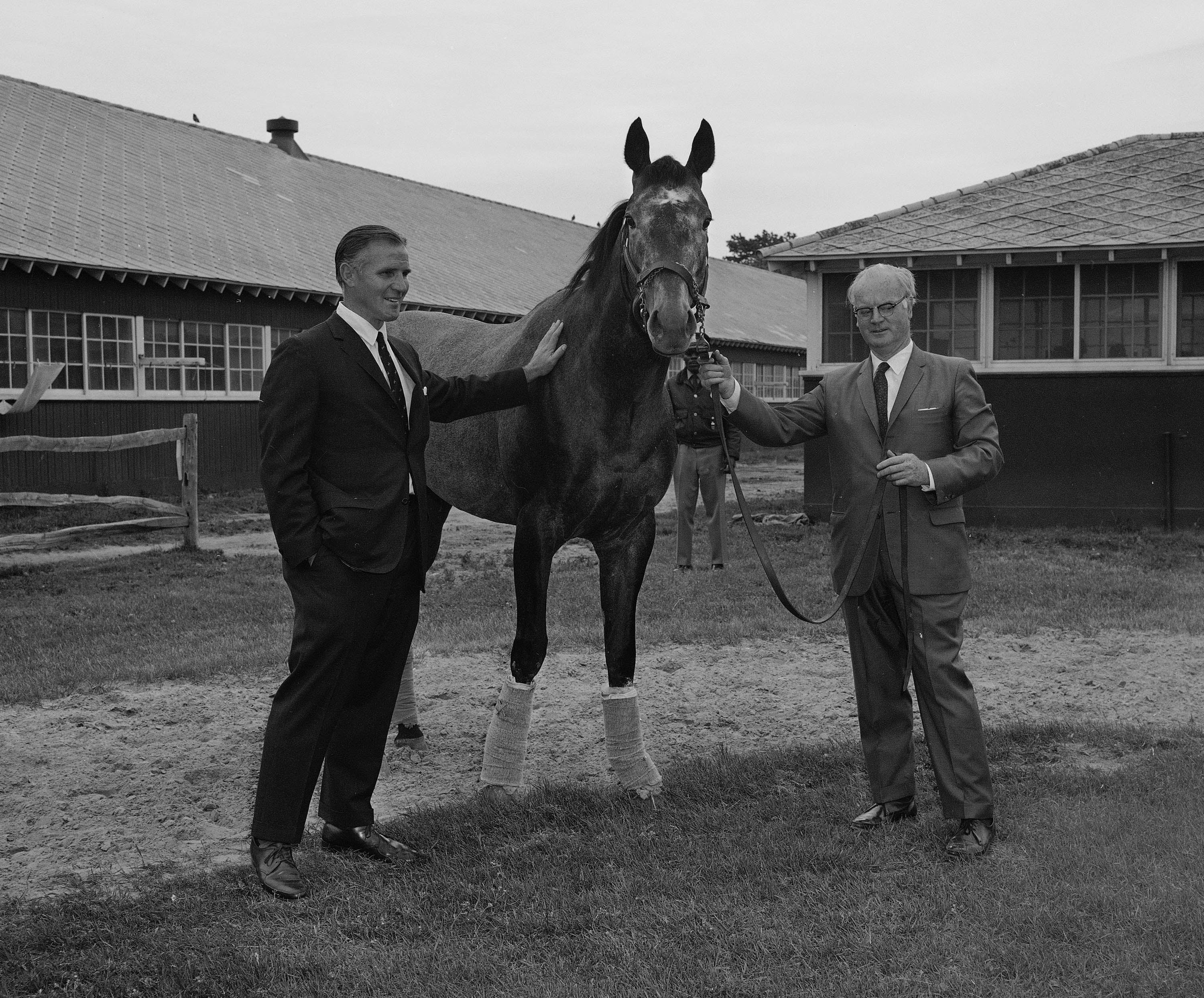 Tangled stories on both sides continue to make this case a curious one, but a lack of evidence from Fuller’s team ultimately led to the decision to disqualify Dancer’s Image. Three days after the 1968 Derby, the Kentucky State Racing Commission’s chemist reported that he had detected traces of bute, or some derivative of the drug. Bute wasn’t illegal in most racetracks at the time, but at Churchill Downs, it was banned.

The Kentucky State Racing Commission was aware of Dancer’s Image’s inherited leg problems, and swelling in the horse’s front left ankle almost sidelined him for the 1968 Derby altogether. History shows that Fuller and his trainers were public about the horse’s ankle problems.

“[Trainer] Lou Cavalaris told me that the colt had suspicious ankles and advised me to sell him,” Fuller told the Globe just one week before the Derby in 1968. “Lou tried to explain to me that I wasn’t in the sport to lose money, and that if I got a square price for him, I could get my investment back.”

This knowledge wasn’t limited to just Fuller’s team. If the horse was drugged, anyone who had access to him in the days leading up to the race could’ve done it.

“Fuller spent $250,000 over the next four years fighting Dancer’s disqualification,” the Globe reported in 2008. “He won an early round in 1970 when a state circuit judge overruled the Kentucky Racing Commission and declared Dancer the winner. But Fuller lost the final round two years later when the state’s highest court found ‘an abundance of substantial evidence’ for the disqualification, despite acknowledging numerous contradictions in the voluminous trial record, which topped 4,000 pages.”

Fuller hired five separate chemists who conducted private tests and didn’t find any traces of bute, according to a 1981 Globe story. The dagger in Fuller’s case was testimony from a veterinarian, who said he gave Dancer’s Image a single tablet of the drug six days and seven hours before the Derby, which Fuller said he didn’t know about. Fuller defended his integrity in the years following, and remained skeptical of the entire incident.

“We didn’t put any bute in him. We don’t know who did, if anybody did,” Fuller told the Globe in 1982. “We knew what the rules were. I believe in abiding by the rules, no matter what they are.”

While Churchill Downs had some interest in the decision, the Kentucky State Racing Commission was responsible for the tests that found bute in the horse, according to Goodlet, the curator. These tests ultimately turned over the first-place victory to second-place finisher Forward Pass, owned by Calumet Farm, of Lexington, Kentucky.

Goodlet, who recognizes the historical context of the event, only has facts upon which to draw conclusions.

“According to local and national sports writer Billy Reed, Thoroughbred owner Paul Mellon once told Mr. Fuller he ‘…shouldn’t have mixed politics and racing’ in regards to the donation.’” Goodlet said. “The implication being that some in the racing industry may have had issues with Fuller’s actions. However, any statement that state racing officials disqualified Dancer’s Image as an act of retribution toward Fuller and/or Dr. King’s protest is pure speculation.”

Bute is no longer the zero-tolerance drug that it was in 1968. According to The New York Times, “virtually all horses race on bute and Lasix.” Almost a half-century later, the decision’s indelible mark on the 1968 race remains, and never provided closure for Fuller and his horse.

“The reason for Dancer’s Image’s Derby tragedy never would be exactly known,” Michael Madden wrote in the Globe in 1982. “Fuller could have been the victim of a) the thoroughbred establishment in Kentucky or b) even the flaming racial rhetoric of the spring of 1968.”

As for the donation to Dr. King’s wife, Fuller told the Globe in 2008, just a few years before his death, that he never regretted the decision.

“Dr. King was a great American who died trying to make this country free for all people,” Fuller said upon making the donation in 1968. “I hope it helps a little bit.” 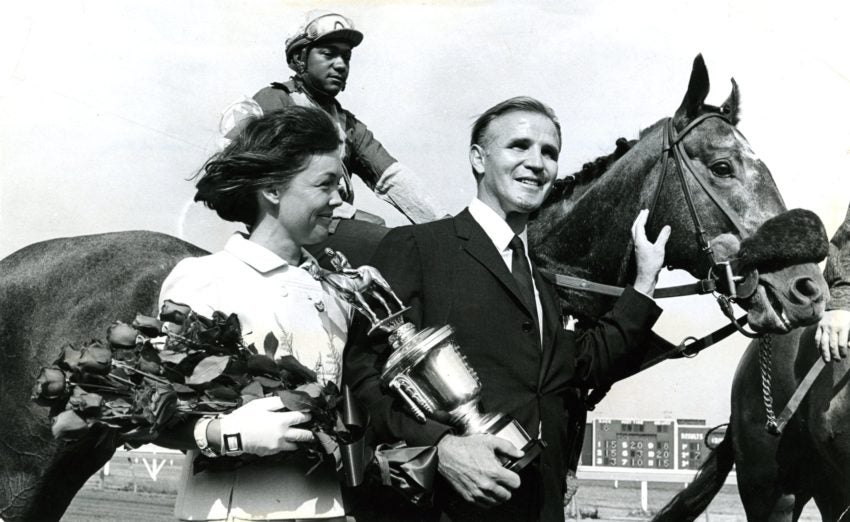 Peter Fuller and wife Joan with Dancer’s Image and Richard Mitchell (rider) in 1968. 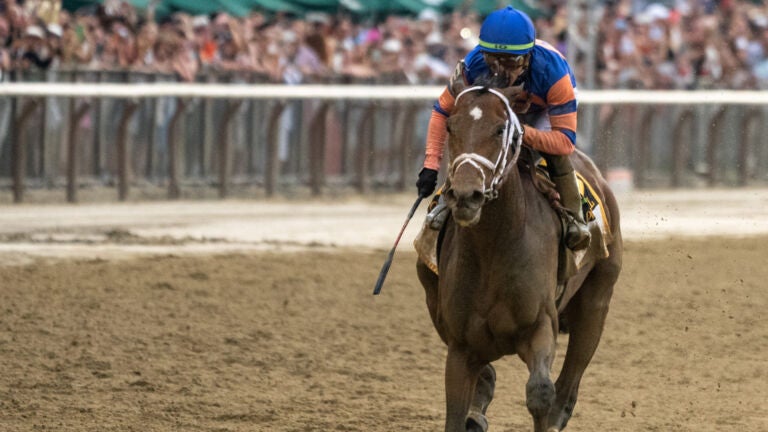