Who knew that the Great Bambino had such neat cursive?

In a rare handwritten letter, Babe Ruth personally thanked Boston Globe baseball reporter James O’Leary — who covered the legendary slugger’s career with the Red Sox, including his famous 1919 sale to the rival New York Yankees — for voting for him on the American League MVP ballot in 1923.

Ruth, who wrote the Sept. 26, 1923, letter on his own stationery, indeed won the MVP award with a league-leading 41 home runs and a batting average of .393. The Yankees would go on to win the World Series the following month against the New York Giants.

The newly resurfaced letter is being auctioned this month by Robert Edward Auctions. According to the company, which specializes in baseball collectibles, the letter was in a scrapbook that was kept in storage for decades after the Baseball Writers’ Association presented it to O’Leary at his 75th birthday party at Boston’s Copley Plaza Hotel in 1936. A relative of the writer came upon the letter while leafing through the book in 2004 while deciding whether to throw it out.

The relative decided against tossing it when he realized what was written on the stained letter:

Thank you for voting for me in the 1923 Baseball Contest. I tried hard all the way and especially for a whole lot of Boston friends from the old days. I’m not going to quit trying, there’s a lot of years ahead and I’ll do my best to make them good years.

Here’s a photo of the actual letter: 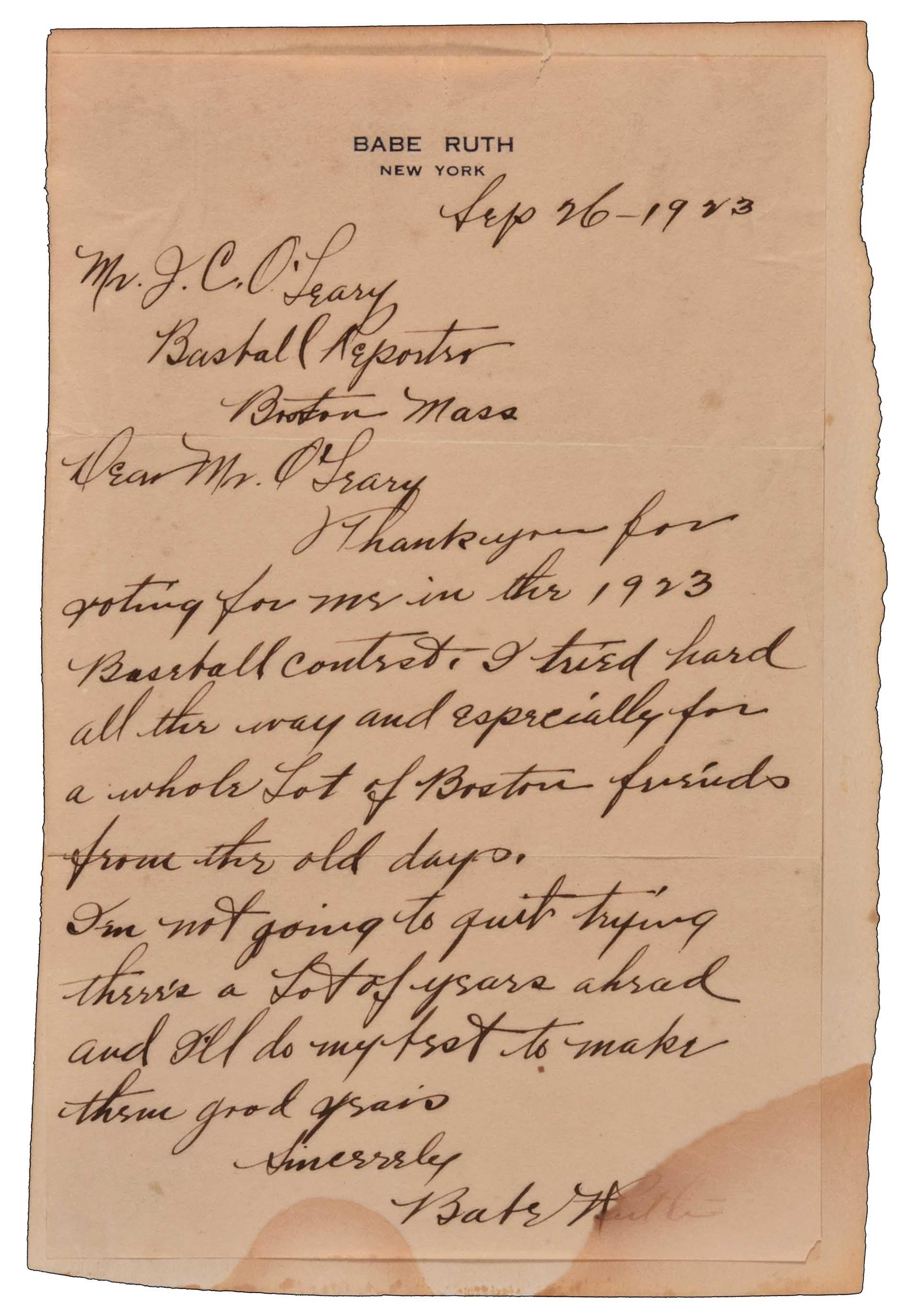 The family immediately began contacting auction houses at the time and put it up for sale in 2005. However, the letter failed to meet the reserve price, perhaps overshadowed by other memorabilia in the auction, such as the first ball thrown at Fenway Park, Bill Buckner’s 1986 American League Championship Series ring, one of Ruth’s game-used bats, and the actual contract that then-Red Sox owner Harry Frazee signed to trade the left-handed pitcher and outfielder to the Yankees for $100,000 in cash.

O’Leary’s descendants again decided to put Ruth’s letter up for auction this past weekend at a starting price of $5,000. As of Friday afternoon, the bidding, which runs until Oct. 28, had reached $8,000.

Ruth won the AL MVP with a 100 percent share of the first place votes in 1923, but, due to voting rules at the time, the honor that year was the only time the all-time legend ever won the award.

From 1922 to 1929, prior MVP winners were ineligible to receive the award So even though Ruth hit a then-record 60 home runs in 1927, the panel of eight baseball writers who decided on the award weren’t allowed to vote for him. Ruth’s teammate, Lou Gehrig, won the award that year instead. 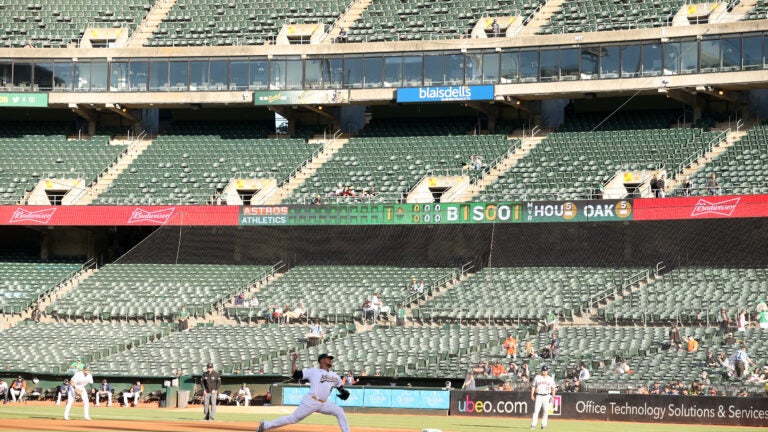 In likely one of Boston's last trips to Oakland Coliseum, a reminder of the Red Sox' history there