On Thursday night, the Walpole School Committee voted 7-0 to change the nickname used by teams representing the town’s high school away from the one that has been the source of controversy for decades.

Walpole will be known as the “Rebels” no more.

“The motion is unanimous, the matter is settled, the town moves forward together,” said committee chairperson Bill Buckley following the vote.

It represents the official end of an era that’s spanned more than 50 years, a time in which Walpole teams once wore Confederate imagery on their uniforms, and the school band would play “Dixie” to accompany the Rebel moniker.

Over the years, gradual measures have been taken to roll back the school’s connections to the Confederacy, and what will be viewed as the final ruling occurred with the committee’s vote.

“This means more to me than a lot of you know,” wrote former Walpole football player Darley Desamot in reaction to the news. “For the younger generations after me who grow up in Walpole next. We did it.”

Not everyone agreed with the decision, including current Walpole football coach Chris Sullivan, who addressed the matter prior to the vote.

“Each year a different group of student-athletes step foot on that turf, and each year we teach them all what it means to be a Rebel,” said Sullivan. “A Rebel does not hate. A Rebel does not see color. A Rebel is someone who rises up against the other team, or any injustice in this world. A Rebel simply works harder than the opposition.”

But ultimately, the school committee decided to make the change without dissent.

Superintendent Dr. Bridget Gough, a Walpole native, reflected on her own experience, and why the school needed to change.

“As a student athlete, I proudly wore the red and blue uniform,” said Gough during the committee meeting. “The band played ‘Dixie,’ and the Confederate flag waved. As a child, like many of our youth and students today, I did not think there was anything wrong with our mascot. As the years passed, some things changed. ‘Dixie’ no longer played at football games, soon followed by the banning of the Confederate flag. And the colors changed to blue and orange. However, the Rebel name remained, and continued to face controversy. It is time. Time for a change. Time for a progression to reach its conclusion. Time for this name to be laid to rest. As leaders, we know better, and therefore, we must do better.

“No matter the intent, the Rebel name will forever be linked to the Confederacy and racism,” said Gough. “We must take into account the association that weighs down this word. No amount of rebranding will change that. A mascot is something that should bring a community together, not tear it apart.”

On a practical level, the legacy of the Rebel name will endure in various capacities — trophies bearing the nickname will remain on display in the school, and uniforms may take time to completely replace. Yet the formal change represents a historic moment decades in the making.

Suggestions for a new nickname will be generated in time and voted on by students, according to another unanimously accepted resolution from Thursday’s meeting.

According to town experts and historical accounts, Walpole High School’s mascot was the Hilltopper until 1966. It was changed that year to the Rebels, though the Confederate imagery didn’t fully begin until a few years later.

In 1968, John Lee — a Massachusetts native who graduated from Newton High School in 1952 — was hired to coach Walpole’s football team. Lee arrived after 12 years spent in Tennessee, and the southern affiliations followed him back to Massachusetts.

Whether or not Lee instigated the band playing “Dixie,” or the waving of Confederate flags at games, he nonetheless embraced them as a means to create school spirit. 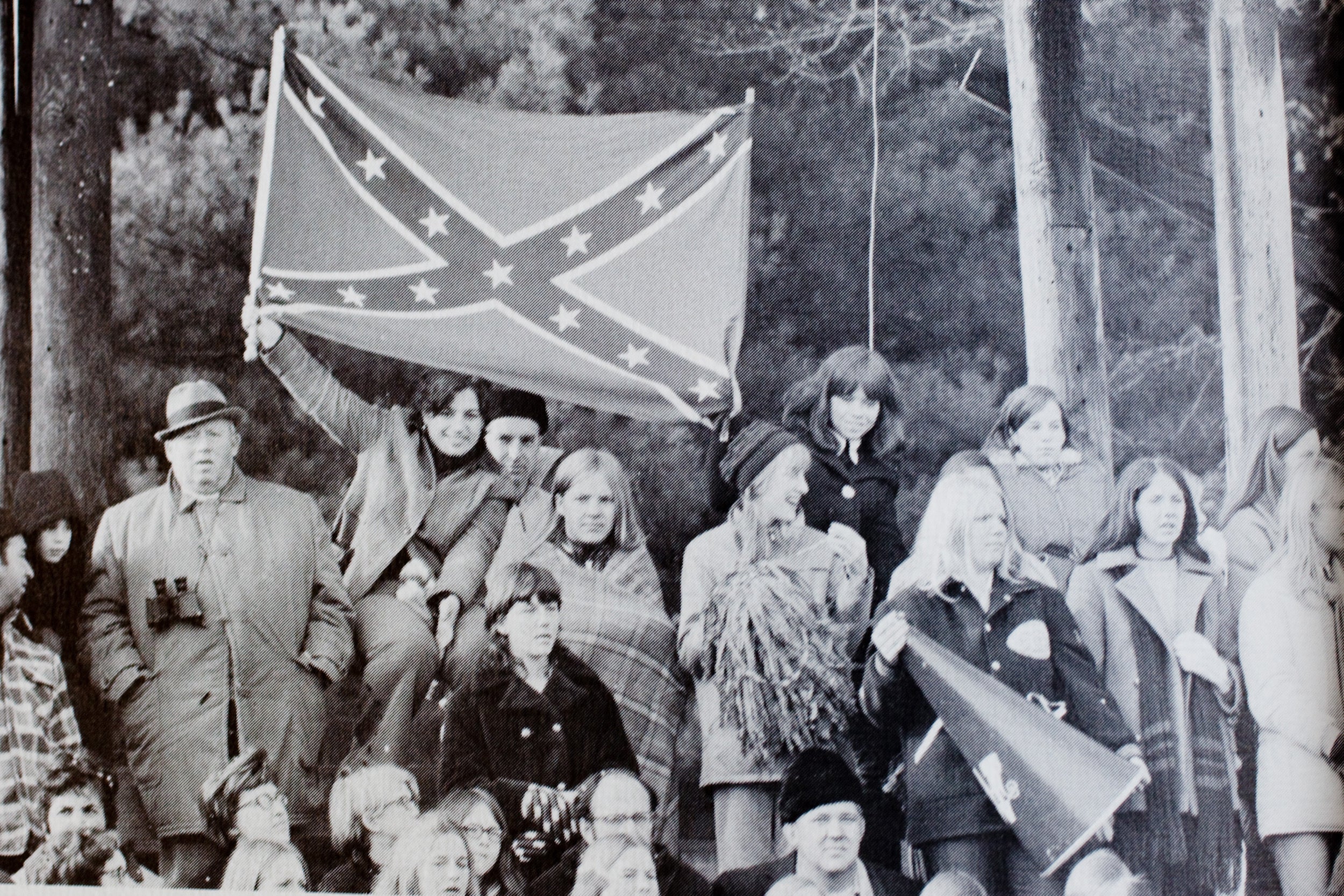 An image from the 1971 Walpole High School yearbook shows students hoisting a Confederate flag at a football game.

“We used the [Confederate] flag and ‘Dixie’ as things to rally around,” Lee told Boston Globe reporter Jim McCabe in a 1989 profile.

Success followed Lee’s arrival. From a 1-9 record in the year before he became coach, Lee led a team that included future Bruins player and coach Mike Millbury to a modest 4-4-1 record in 1968 before embarking on the first of what would be 24 consecutive winning seasons in 1969. Walpole went on to become Bay State League champions 12 times during that span, and win the MIAA Super Bowl three times (along with a 1971 state championship in the era that predated the Super Bowl).

Lee, who was given the nickname “General Lee” — another clear Confederate reference — remained coach until 1992. In that time, the school unashamedly embraced its controversial imagery, even putting a Confederate flag on the cover of the 1975 school yearbook along with a cartoon depiction of a Confederate soldier.

The steps taken at gradual change, and the resistance it met.

Though efforts were made to curtail the imagery in the 1980s — the New England Association of Schools and Colleges asked for the images to be changed at a 1988 accreditation review — the band was still playing “Dixie” and the Confederate flag was still prevalent at games into the 1990s.

In 1994, the school committee formally banned the flag from its previous usage at games and on team uniforms. This prompted a strong response from a member of the senior class that year, who wrote to the Globe to convey his thoughts.

“Many students at Walpole High feel that the Rebel flag conveys no racist message as a symbol of our sports teams,” wrote Timothy Sweeney. He cited a moment at a school assembly as proof that the community was still firmly behind its Rebel affiliations:

At last month’s pep rally, Walpole High senior three-sport athlete Brian Collins said of the flag what he and many others believe: “You can take it off the wall, you can take it off our shirts, but you can never take it out of our hearts.” He then led the entire student body in the singing of “Dixie.” School pride doesn’t get any better than it is at the home of the Rebels. Let’s keep it that way.

Despite the opposition, the school didn’t reverse its enforcement of the ban on the flag or the singing of “Dixie,” though vestiges remained.

First, the Rebel name itself, which the school most recently tried to “rebrand” in 2015 without actually changing it.

The second was the presence of a Confederate flag on the property of Joseph Finneran, who lived next to the school. The flag was clearly visible to fans and players during Walpole games, and became a renewed source of controversy. 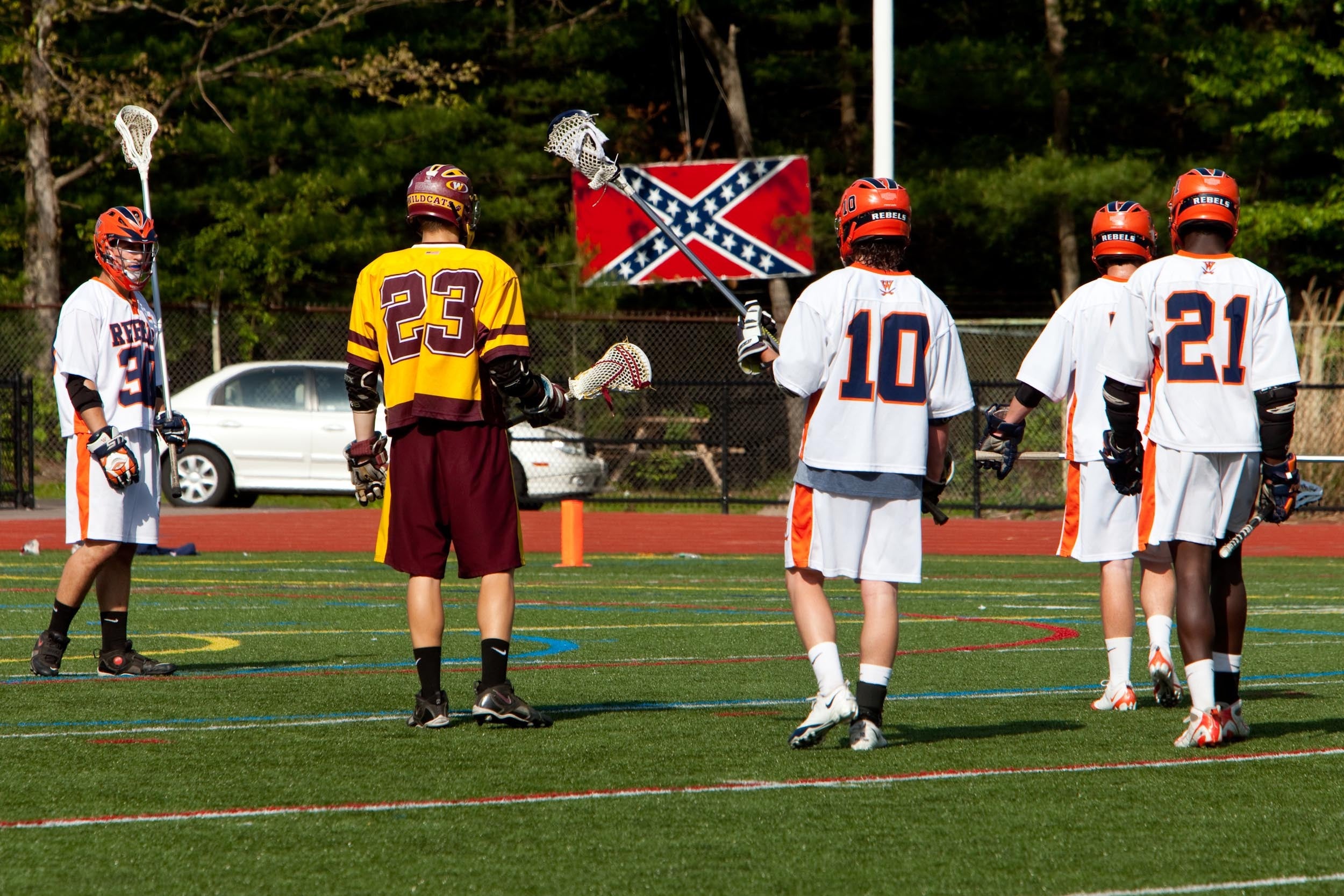 From 2010: A Confederate flag that overlooked the Walpole High School athletic fields.

Following the recent wave of protests over police brutality and racial injustice, a renewed — and more powerful — movement began in Walpole to finally change the Rebel name.

Multiple Change.org petitions calling for the name to be dropped were signed by a combined total of more than 14,000, and 48 out of 56 residents who spoke at a recent virtual community hearing on the topic argued against keeping the Rebel moniker.

A rally was held in Walpole on June 13, with more than 150 people showing up to advocate for the name change.

It culminated with Thursday’s vote, which unanimously closed the era on Walpole’s official association with the Rebel nickname. 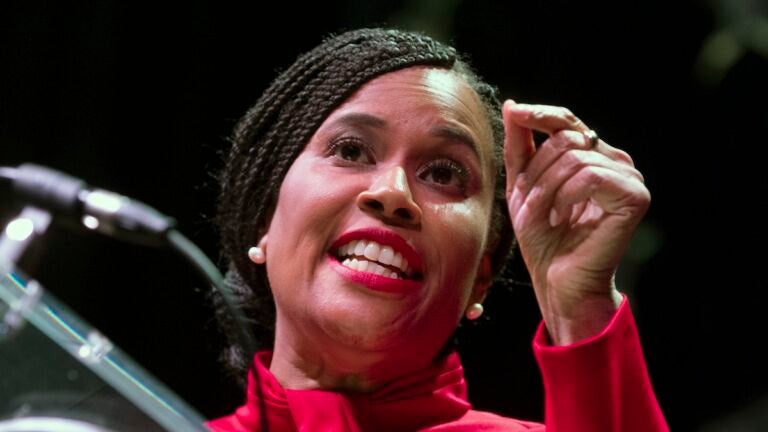