NEW YORK (AP) — Kris Dunn of Providence is the Big East player of the year for the second straight season.

Seton Hall’s Kevin Willard and Villanova’s Jay Wright have been selected co-coaches of the year while Marquette’s Henry Ellenson has been voted freshman of the year.

The voting of the league’s coaches was announced Wednesday.

Dunn, a 6-foot-3 junior, is fourth in the conference in scoring with a 16.3 average. He averages 5.7 rebounds per game and leads the league in with 2.7 steals. He was named defensive player of the year for a second straight season, the only guard in the history of the league to win both awards twice.

Ellenson is third in the conference in scoring with a 16.8 average and leads in rebounding at 9.8 per game.

Wright has won the honor a record fifth time and third straight. He has led Villanova to three consecutive regular-season titles with a 16-2 record and 27-4 overall. 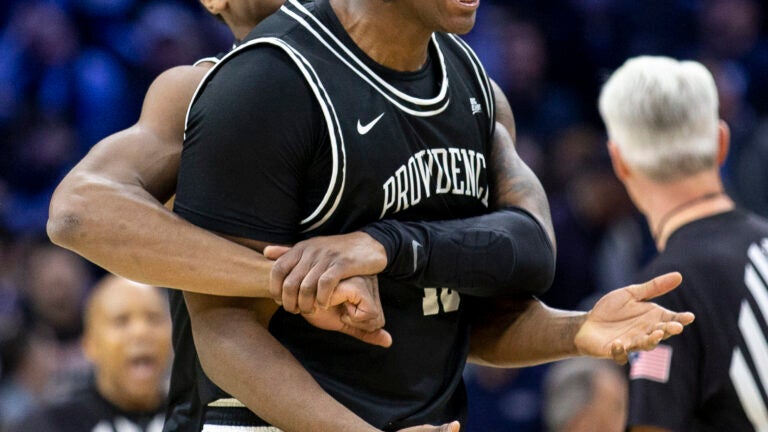