John McEnroe knows American tennis could use a boost.

“For someone like myself, who got a lot from tennis, it’s sort of a shame to see what’s happening with the men’s game,’’ he said Tuesday.

“It’s been a very dry spell, almost as bad as the Knicks’ run, but not quite that level,’’ said McEnroe, who grew up in New York. “It would be nice to be a part of turning this all around.’’

The Laver Cup coming to Boston in September, he hopes, can help drum up some fresh interest.

Dubbed the Ryder Cup of tennis, the three-day event is an annual tennis tournament founded by 20-time Grand Slam champion Roger Federer. The competition consists of 12 matches (nine singles and three doubles) between Team Europe and Team World, each with six players. All members of the winning squad earn $250,000 in prize money.

TD Garden will play host Sept. 25-27, which has McEnroe, captain of Team World, optimistic the festivities could attract newcomers to the sport.

“If you get some kids that come and want to play tennis because they saw our team win or players play, that would be awesome,’’ he said. “Even if there were a handful of kids that came and then said to their parents, ‘I want to try to become a tennis player,’ I feel like we will have succeeded.’’

Exactly 40 years ago, on March 3, 1980, a 21-year-old McEnroe became the world’s top-ranked men’s singles player for the first time. At the time, McEnroe had won just one Grand Slam, the 1979 US Open.

A feisty lefty out of Stanford, McEnroe had garnered attention for his on-court antics as well as his speed and finesse at the net. He would go on to collect six more Grand Slam titles — three Wimbledons and three US Opens — but maintaining that No. 1 spot, in his eyes, reigned supreme.

McEnroe finished with 170 weeks atop the rankings.

“To look and go, ‘Oh my God, there’s not one person above me,’’ he recalled, “it’s not something when I was growing up that I was expecting to happen. It was quite surprising to look at my name and below it be like Bjorn Borg and Jimmy Connors.

McEnroe’s favorite Grand Slam final was actually one he lost: Wimbledon in 1980. In an epic match against Sweden’s Bjorn Borg, he fended off five championship points in the fourth set to force a deciding fifth set. Borg edged him in the fifth, 8-6, but McEnroe, to this day, still feels like he should have won.

Despite the unfavorable outcome, he remembers the contest fondly. The match, he says, inspired him to “dig deeper.’’ Heading into the final, Borg had already four Wimbledon titles. McEnroe, on the other hand, had yet to win his first.

“I realized I had to add more — that hunger,’’ McEnroe said. “It was almost like, ‘How could he want it more than me when he already won it four times?’ ’’

The format of the Laver Cup once again pits McEnroe against his storied rival, as Borg is the captain of Team Europe. The pair faced off 14 times on tour, most memorably that 1980 Wimbledon final.

“I could feel an extra electricity at that time,’’ McEnroe said. “Very rarely during a match do you go, ‘Oh, there’s something amazing about this match.’ That was one of the few ones.’’

Even though he and Borg won’t be playing, McEnroe says their rivalry is very much alive. Team World has yet to beat Team Europe, but the margin of victory has gotten smaller with each year.

McEnroe is hopeful that his squad will be able to close the gap this fall.

“When you can taste it, you want it bad,” he said. 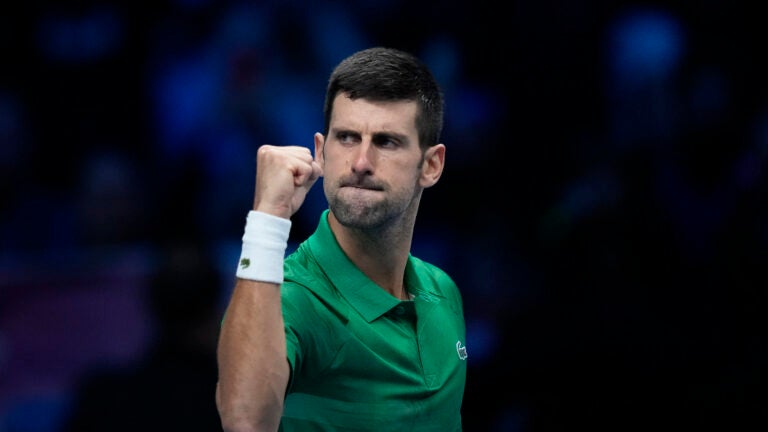