When will Boston’s pro sports teams be permitted to return to practice?

We’re not quite sure yet.

The status of professional sports was not addressed in the state’s re-opening plan Massachusetts Gov. Charlie Baker laid out Monday morning.

“Professional stuff is running through a different channel,” Baker said.

Baker did specify whether those guidelines also apply to the facilities of Boston’s pro sports teams. Asked for clarification, Baker’s office did not offer additional information.

During a podcast appearance that aired last week, Celtics president of basketball operations Danny Ainge said he was hopeful the team could reopen its facility this week. According to Ainge, only one-on-one work would be permitted, with coaches required to wear a mask and gloves. The gym would be sanitized between workouts.

The Celtics train at the Auerbach Center in Brighton, down the road from Warrior Ice Arena, where the Bruins skate. In a statement issued Monday following Baker’s press conference, Bruins president Cam Neely said the organization will “continue to work closely” with Baker, Lieutenant Gov. Karen Polito, members of the reopening advisory board, and medical experts on next steps.

“When we have a plan in place, we’ll communicate that to our fans,” the statement read.

The NBA, NHL, MLB, and MLS seasons remain suspended, while the NFL season is scheduled to begin as planned. 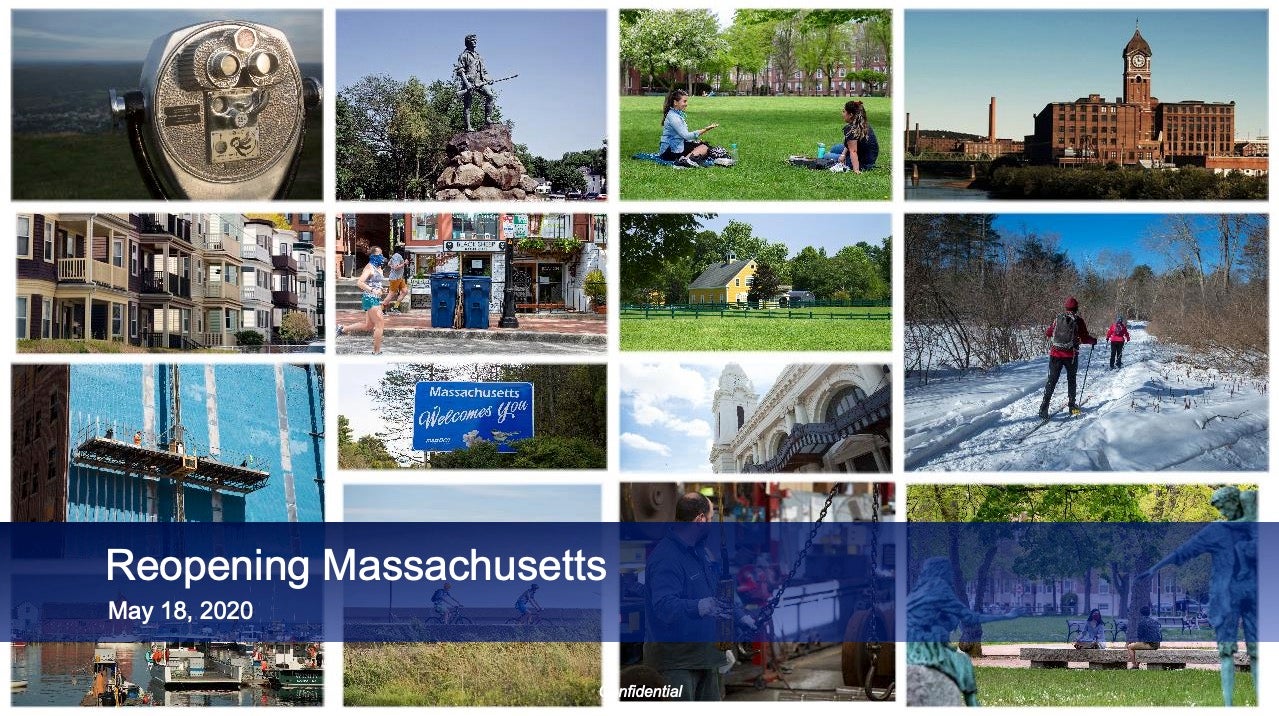