DUXBURY, Mass. (AP) — A Massachusetts high school fired its successful football coach and hired an outside consultant Wednesday to assist an investigation into reports that the team used anti-Semitic language, including a mention of Auschwitz, in its on-field play calling during a recent game.

“The outrage is real, warranted, and we hear it,” Duxbury High School’s administration said in an emailed statement. “The fact that members of our school community used such offensive language, including anti-Semitic language, is horrifying and disappointing.”

In response, the school has “severed ties” with head coach Dave Maimaron and canceled this Friday’s game against Hingham, said the statement, signed by four members of the administration, including district Superintendent John Antonucci.

Maimaron, a special needs teacher at the school, was placed on paid administrative leave from his teaching position pending further investigation.

The district has also hired Edward Mitnick of Just Training Solutions LLC to assist in the investigation. Mitnick is an attorney and investigator with 30 years’ experience in such matters.

“We know from many conversations, emails, and online posts that many people want action now, and we appreciate that sentiment. However, we are still in the middle of an active investigation and it is important that we get accurate information and facts in this case,” the statement said.

The announcement came the day after Robert Trestan, president of the New England Anti-Defamation League, called for an independent investigation. Trestan said he was told by Antonucci that the words “rabbi” and “dreidel” were also used in Duxbury’s March 12 game against Plymouth North. Plymouth school officials alerted Duxbury about the matter.

“It’s deeply hurtful to the Jewish community to learn that the plays somehow connect to the Holocaust and Judaism,” Trestan said. “This is a really serious situation. There are indications of a systemic failure both on and off the field.”

The insensitive words were not directed at the opposing team or at a particular player, Antonucci said.

Maimaron had released a statement this week in which he apologized.

“On behalf of the staff and players of the Duxbury High School football team, I want to extend my apology for the insensitive, crass and inappropriate language used in the game on March 12th,” he said. He called the language “careless, unnecessary and most importantly hurtful on its face — inexcusable.”

Massachusetts high school football is being played in the spring this year because the coronavirus pandemic caused postponement of the fall season.

Duxbury in recent years has been one of the state’s most successful teams, with five state championships since 2005. The affluent coastal community about 30 miles south of Boston has nearly 16,000 residents, according to the Census Bureau.

Here’s the letter Antonucci wrote to the Duxbury community:

We want to provide a follow-up to our message on Monday regarding the Duxbury Football program. First, we want to be perfectly clear that we recognize how serious this is, and it is getting our undivided attention. We also recognize that this is an emotionally-charged issue for our community, and many outside of our community. The outrage is real, warranted, and we hear it. The fact that members of our school community used such offensive language, including anti-Semitic language, is horrifying and disappointing. We are collaborating with the Anti-Defamation League regarding the seriousness of the allegations, and on our short-term and long-term response.

Before we share more information with you, please find below two very important announcements:

First, as of today, Duxbury has severed ties with Dave Maimaron as Head Football Coach.

Second, in collaboration with the Hingham administration, a decision has been made to cancel the varsity football game scheduled for Friday night, as well as the JV and Freshman games scheduled for Saturday and Monday. A decision about future games and the fate of the football season will be made at a later date.

We know from many conversations, emails, and online posts that many people want action now, and we appreciate that sentiment. However, we are still in the middle of an active investigation and it is important that we get accurate information and facts in this case. To this end, the District has hired Edward R. Mitnick of Just Training Solutions, LLC to assist us in conducting a full investigation of all of the allegations made against the program in the most expeditious manner possible. Mr. Mitnick is an experienced attorney and investigator, and has provided services to employers throughout the United States for over thirty years.

Our commitment to Diversity, Equity, and Inclusion

Although this most recent issue has brought many concerns to light, please know that the Duxbury Public Schools has, in recent years, shone a spotlight on the need to promote antiracism, diversity, equity, and inclusion in our public schools. In short, we had already identified this as a top priority before this week. Among other things, it is a key component of our Strategic Plan and the basis of the work of our Antiracism Task Force. Furthermore, we have established partnerships and regular communication with a number of community groups who share our commitment to this work, such as Duxbury For All, the Interfaith Council, and Duxbury Rotary, just to name a few. We will rely on these relationships as we work to ensure that members of the school community understand the importance of inclusion and respect. 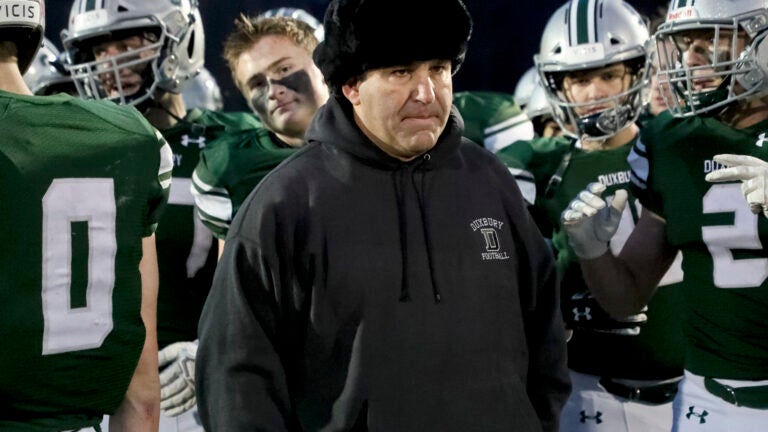