The Duxbury High varsity football team is scheduled to make its return to the field Thursday night, playing at Patriot League rival Scituate at 6 p.m.

The game, if played as scheduled, would be the first for the Dragons (2-0) since their win over Silver Lake on March 19.

Duxbury’s matchups with Hingham and Whitman-Hanson were called off after school administration learned that the team used anti-Semitic play calls in its season-opening win over Plymouth North on March 12. Head coach Dave Maimaron was fired in late March for his involvement, and the Dragons won’t have an official head coach against Scituate.

Duxbury was slated to face Marshfield last Friday, but that game was canceled because of a COVID-19 issue within the Marshfield program.

Scituate (3-1) cruised past Hanover, Pembroke, and Quincy, then lost to Plymouth South on Friday night.

Duxbury athletic director Thom Holdgate said two adults per participant, plus siblings, will be allowed with a school-issued lanyard. That includes visiting fans and follows the standard Patriot League policy.

Holdgate said the plan is for this to be Duxbury’s last game of the season, but that wasn’t definitive as of Monday.

The Duxbury and Scituate junior varsity teams will play Friday at 4 p.m. at Duxbury High School, and the Duxbury freshman team will travel to Pembroke for a 6 p.m. game on Wednesday. 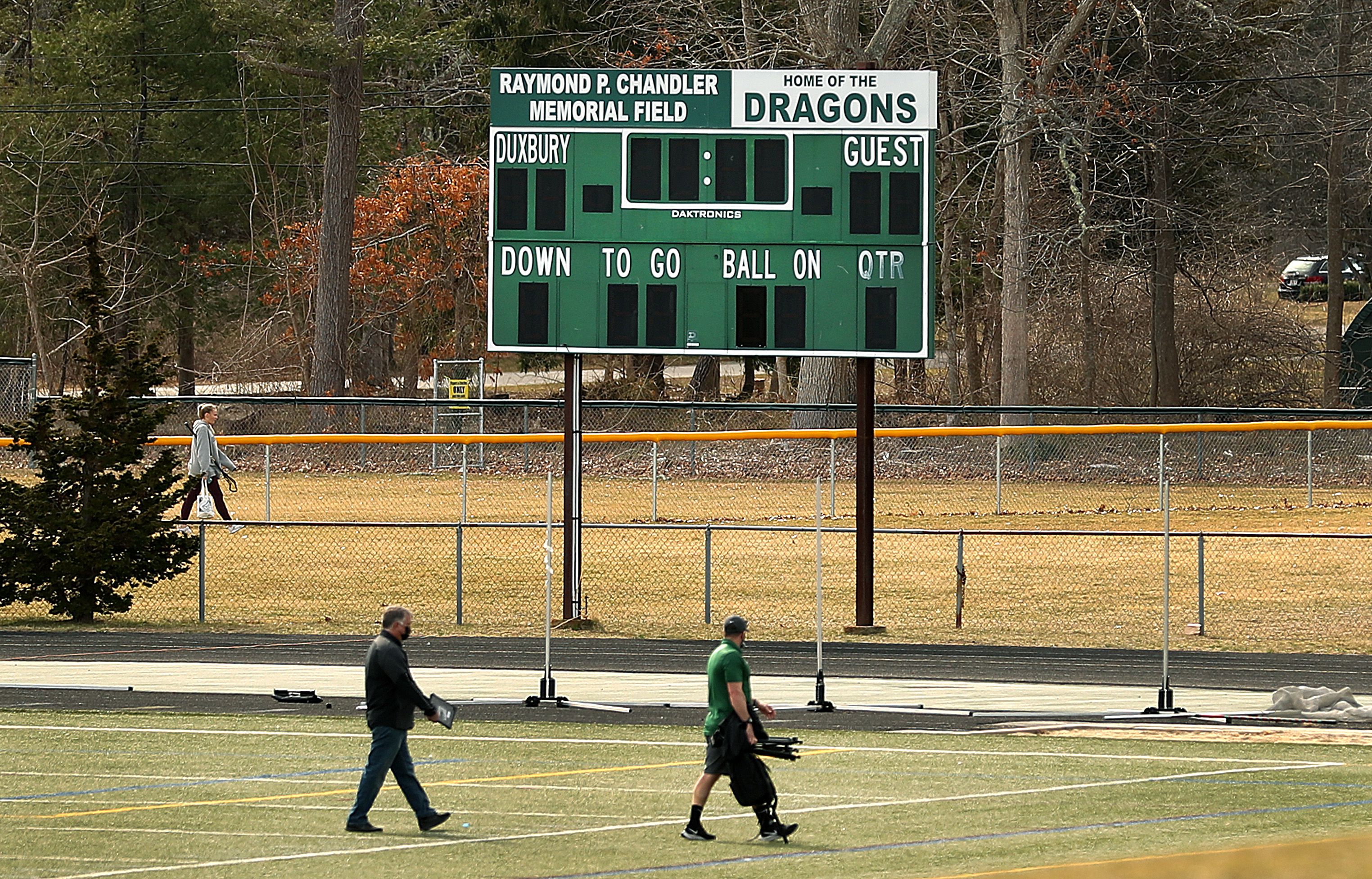