After leading the Boston Cannons to a Major League Lacrosse championship inside a bubble in July of 2020, coach Sean Quirk was unsure whether he still had a job when MLL merged with the Premier Lacrosse League in December.

“I was on the edge of my seat,” Quirk said. “I love coaching. Most of all, to be honest with you, I loved coaching those guys. It was a special team we put together for a number of years to get to that point.”

Fortunately for Quirk, the PLL in mid-January announced the relaunch of the Boston Cannons as Cannons Lacrosse Club, and he was able to remain in his role. PLL co-founder Paul Rabil called it a “pretty easy decision” to include the Cannons as the league’s eighth team, noting that New England is a “mainstay hotbed” for lacrosse, both in participation and fandom.

Patriots owner Robert Kraft is one of many new investors buying into the league’s potential, and Rabil and his brother, co-founder Mike, are thrilled with how the PLL is progressing.

The Cannons open the season Friday at 7 p.m. at Gillette Stadium against Redwoods Lacrosse Club, then they face Waterdogs Lacrosse Club Sunday at 1 p.m. Rabil expects 15,000-20,000 fans to attend, which would be well above what the Cannons drew at any location in 2019, with no capacity limits.

“Hopefully we’ll be able to pick up new casual sports fans in the US,” Rabil said.

Rabil, the No. 1 pick by the Cannons in the 2008 MLL Draft and co-founder of the PLL in October 2018, is now back playing for Cannons LC at age 35. He’s part of a formidable roster the club hurriedly pieced together via the expansion draft, entry draft, college draft, trades, and waivers.

Quirk, who worked diligently with his staff to rebuild that roster, was disappointed to see the majority of last year’s team depart. He is pleased, however, to bring back several players from the championship squad, including Nick Marrocco, Zach Goodrich, John Uppgren, and Bryce Wasserman.

The Cannons feature one of the most dangerous attackers in the world in Lyle Thompson, savvy veterans in Rabil and Brodie Merrill, and intriguing players in Connor Buczek, Stephen Rehfuss, Shayne Jackson, and Max Tuttle, among others.

Rabil believes the Cannons, who scrimmaged in Quincy this week, have some of the best in-tight finishers in the world and also can score from the perimeter. He’s hoping to lead by example and said putting on a Cannons jersey again is a feeling “as nostalgic as any.”

Merrill is pleased with the continuity and mix of ages on the roster and is grateful to still be playing the game he loves as he approaches 40.

“It’s nice to be back in a Cannons uniform,” Merrill said. “That’s definitely special for me personally. Like everybody else in the league, I’m chasing that winning feeling.”

Another athlete chasing that feeling is Chris Hogan, who played on two Super Bowl winners with the Patriots and is returning to his roots as a lacrosse player.

Quirk said he spoke with Hogan several times before the draft and told him that the Cannons would definitely acquire him if they weren’t able to draft him. Hogan has done “everything and more” ever since, Quirk said. He said Hogan trains like no one he’s seen in the lacrosse industry.

“He’s 100 percent committed to playing professional lacrosse and showing people that it’s not a gimmick,” Quirk said. “He’s not going out there for the hype. He wants to compete and win a championship. I’ve been so impressed with his mentality.”

The PLL has a unique format, in which the teams travel around the country throughout the season and all compete at a given venue at the same time. This is the only time local fans will get to see Cannons LC in Massachusetts this season, and organizers are expecting an invigorated and enthusiastic crowd.

As the Cannons start a new chapter, those involved are grateful for the opportunity to keep the momentum rolling.

“We’ll make some references to the Boston Cannons and the legacy that they had, but it’s time to forge forward and now compete for a PLL championship,” Quirk said.

All games at Gillette Stadium 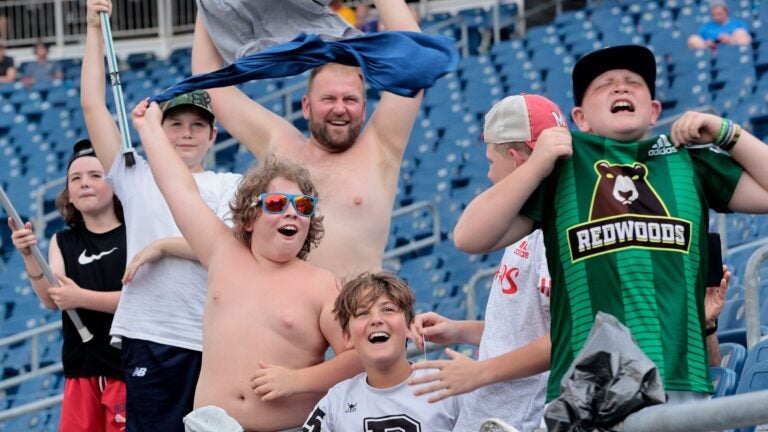