Quetta, who was part of Bishop Feehan’s hockey team, was critically injured when he crashed into the boards headfirst during a game on Jan. 26 against Pope Francis in West Springfield. He was stretchered off the ice and was immediately rushed to Baystate Medical Center in Springfield.

Days later, Quetta was transferred to Massachusetts General Hospital and was sent to Shepherd Rehabilitation Center in Atlanta on Feb. 16. He returned to his home in North Providence after spending three months in Atlanta and is rehabbing at Journey Forward in Canton.

Through all of the different trips to rehab facilities, Quetta has received support all across the sports world. The Bruins pledged to donate at least $100,000 to support Quetta just two days after his injury. They also hung Quetta’s hockey jersey on the bench during warmups the day they announced their donation.

Quetta was honored again by the Bruins in May. The Bruins made Quetta their “Honorary Fan Banner Captain” for Game 1 of their second-round series against the Islanders. Quetta received a huge ovation there, too. 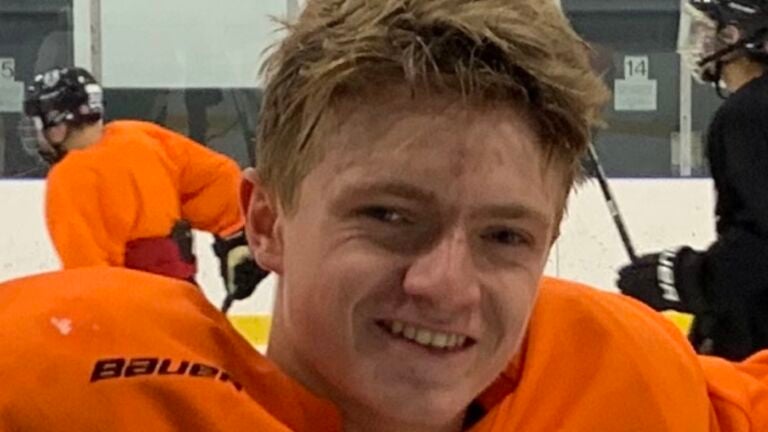