After a year of coaching scandals at Duxbury High School, Athletic Director Thom Holdgate was informed his contract will not be renewed at the end of the school year.

According to reporting from The Boston Globe, Holdgate’s position seemed secure until news broke in March that the football team had used terms like “rabbi,” “dreidel,” and “Auschwitz” to call plays in a game against Plymouth North.

The football coach, Dave Maimaron, was fired following the news. A month later, boys hockey coach John Blake was fired following an investigation into a lawsuit alleging Blake repeatedly raped the middle-school son of Joseph and Melissa Foley in the mid-2000s.

According to the Globe, Holdgate shared the news that his three-year contract would not be renewed in an email to Duxbury’s coaching staff and Patriot League officials on June 16. Though Holdgate declined to comment to the Globe, a source said a school official told Holdgate his lack of contract renewal was connected to the scandals.

“Thom has played a key role in the success of the DHS athletic programs for the last 19 years,” Matt Ellis, Duxbury schools spokesperson told the Globe in a statement. “We value his service and appreciate his commitment to our student athletes. At this time, and as we continue to heal and move forward, we felt it was in the school’s best interest to seek new leadership. We wish Thom the best in his future endeavors.”

Holdgate has managed a champion program for 19 years, serves on the board of directors of the Massachusetts Interscholastic Athletic Association, and developed protocols for high schools to compete during the pandemic. According to the Globe, he was considered a candidate to succeed the current executive director of the MIAA and Massachusetts Secondary School Athletic Directors Association before the scandals broke.

John Bunar, who has coached boys’ tennis since the mid 1990s, told the Globe it’s “unimaginable” how good Holdgate was at the job and called him an “amazing professional.”

“I can’t see anybody better at the job than him,” Bunar said. “It was kind of shocking to me. …It’s a dark day for the kids of Duxbury.” 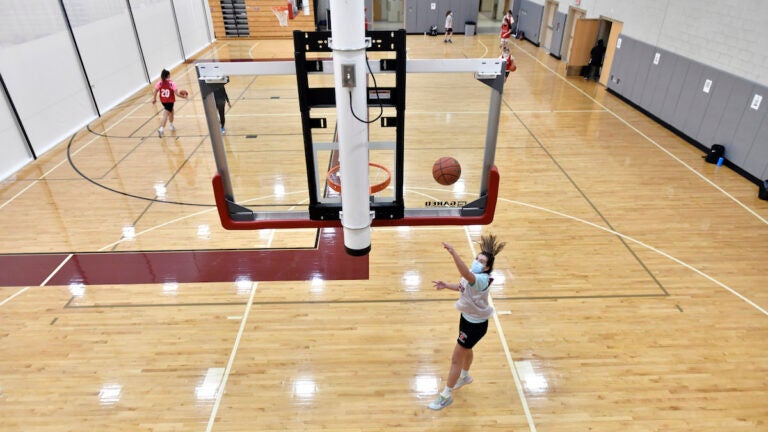 Wellesley sports suspended due to 'major increase' of COVID cases