LONG BEACH, Calif. — If Ed Cunningham had not already seen enough, he would be back in a broadcast booth on Saturday afternoon, serving as the color analyst for another top college football game televised on ABC or ESPN. It is the work he has done each fall for nearly 20 years.

But Cunningham, 48, resigned from one of the top jobs in sports broadcasting because of his growing discomfort with the damage being inflicted on the players he was watching each week. The hits kept coming, right in front of him, until Cunningham could not, in good conscience, continue his supporting role.

“I take full ownership of my alignment with the sport,” he said. “I can just no longer be in that cheerleader’s spot.”

Football has seen high-profile NFL players retire early, even pre-emptively, out of concern about their long-term health, with particular worry for the brain. But Cunningham may be the first leading broadcaster to step away from football for a related reason — because it felt wrong to be such a close witness to the carnage, profiting from a sport that he knows is killing some of its participants.

“In its current state, there are some real dangers — broken limbs, wear and tear,” Cunningham said. “But the real crux of this is that I just don’t think the game is safe for the brain. To me, it’s unacceptable.”

Cunningham was captain of the University of Washington’s 1991 national championship team and a third-round draft choice in the NFL, where he was an offensive lineman for five seasons. He has been a broadcaster since, paired for most of the past decade with the play-by-play announcer Mike Patrick for Saturday afternoon games televised on ABC and ESPN.

Cunningham built a reputation for his pointed criticism toward what he felt were reckless hits and irresponsible coaching decisions that endangered the health of athletes. His strong opinions often got him denounced on fan message boards and earned him angry calls from coaches and administrators.

“I could hardly disagree with anything he said,” Patrick, who will have a new broadcast partner this season in Cunningham’s absence, said in a phone interview. “The sport is at a crossroads. I love football — college football, pro football, any kind of football. It’s a wonderful sport. But now that I realize what it can do to people, that it can turn 40-, 50-year-old men into walking vegetables, how do you stay silent? Ed was in the vanguard of this. I give him all the credit in the world. And I’m going to be outspoken on it, in part because he led me to that drinking hole.”

Cunningham made it plain that he was not becoming an anti-football evangelist. The sport’s long-term success hinges on moving more urgently toward safety, especially at the youth and college levels, he said. He has pointed suggestions on ways to make the game safer.

If nothing else, Cunningham’s decision could prompt some self-examination among those who watch, promote, coach or otherwise participate in football. 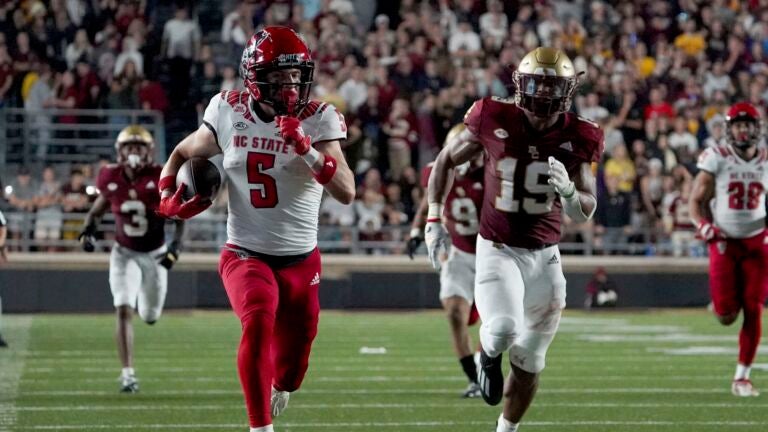