Earlier today during his show, Christian Fauria impersonated athlete agent, Don Yee in an insensitive and ill-conceived attempt at humor. We regret Christian’s commentary and we apologize to Mr. Yee and those offended by the segment.

We do not support or condone Christian’s comments, and we have suspended him for five days effective immediately.

In a statement posted on WEEI.com late Friday night, the station said Fauria’s comments were “an insensitive and ill-conceived attempt at humor’’ and that it did not “support or condone’’ his words.

Borges was pranked via text by a sports radio listener pretending to be Yee, telling him that Brady would skip the Patriots’ offseason organized team activities unless he was paid like Garoppolo, his former backup who signed a five-year, $137.5 million contract with the 49ers Thursday.

The texts between the fake Yee and Borges became public Friday morning. Fauria and his co-hosts decided to do a dramatic reading of the texts on their program.

Fauria, designated to read the fake Yee portions of the text exchange, said, “I’m gonna be Don Yee. For me, I don’t know why, Don Yee sounds like an Asian guy.’’ He then commenced reading the lines with an over-the-top Asian accent while his co-hosts laughed.

Eventually, the show played audio of the real Don Yee talking. He is of Chinese descent, but he was born in Sacramento, Calif., and does not speak with any distinct accent. Fauria began reading the comments in a normal voice, but slipped back into his accent once because, he said, “It’s more fun this way.’’

After WEEI announced his suspension Friday night, Fauria took to Twitter to apologize:

“Earlier today I made a horrible attempt at humor. In a segment during the show, I impersonated agent Don Yee in an insensitive and regrettable way,’’ he said from his account @christianfauria. “I want to publicly apologize to Don and anyone in the audience who heard it.’’

Earlier today I made a horrible attempt at humor. In a segment during the show, I impersonated agent Don Yee in an insensitive and regrettable way. I want to publicly apologize to Don and anyone in the audience who heard it.

Fauria also tweeted that he reached out to Yee to personally apologize.

I have also reached out to Don directly to personally apologize. I have been disciplined by WEEI management and I fully support their decision.

The controversy is WEEI’s second in as many weeks. Last Monday, fill-in host Alex Reimer was suspended indefinitely after using a disparaging phrase while referring to Brady’s 5-year-old daughter. 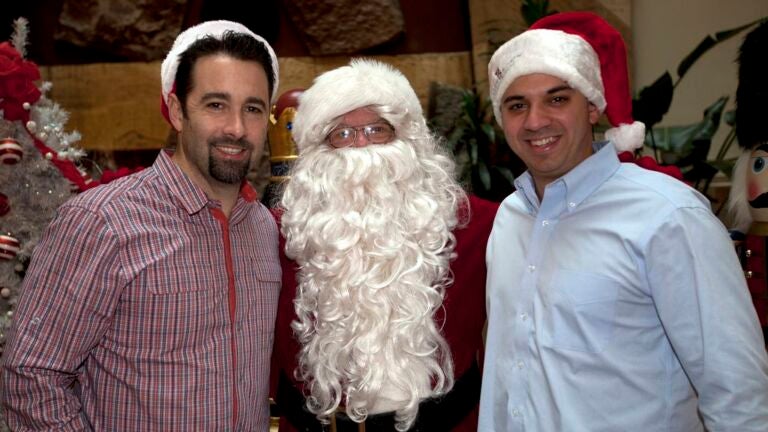 WEEI will not renew contract of host Mike Mutnansky