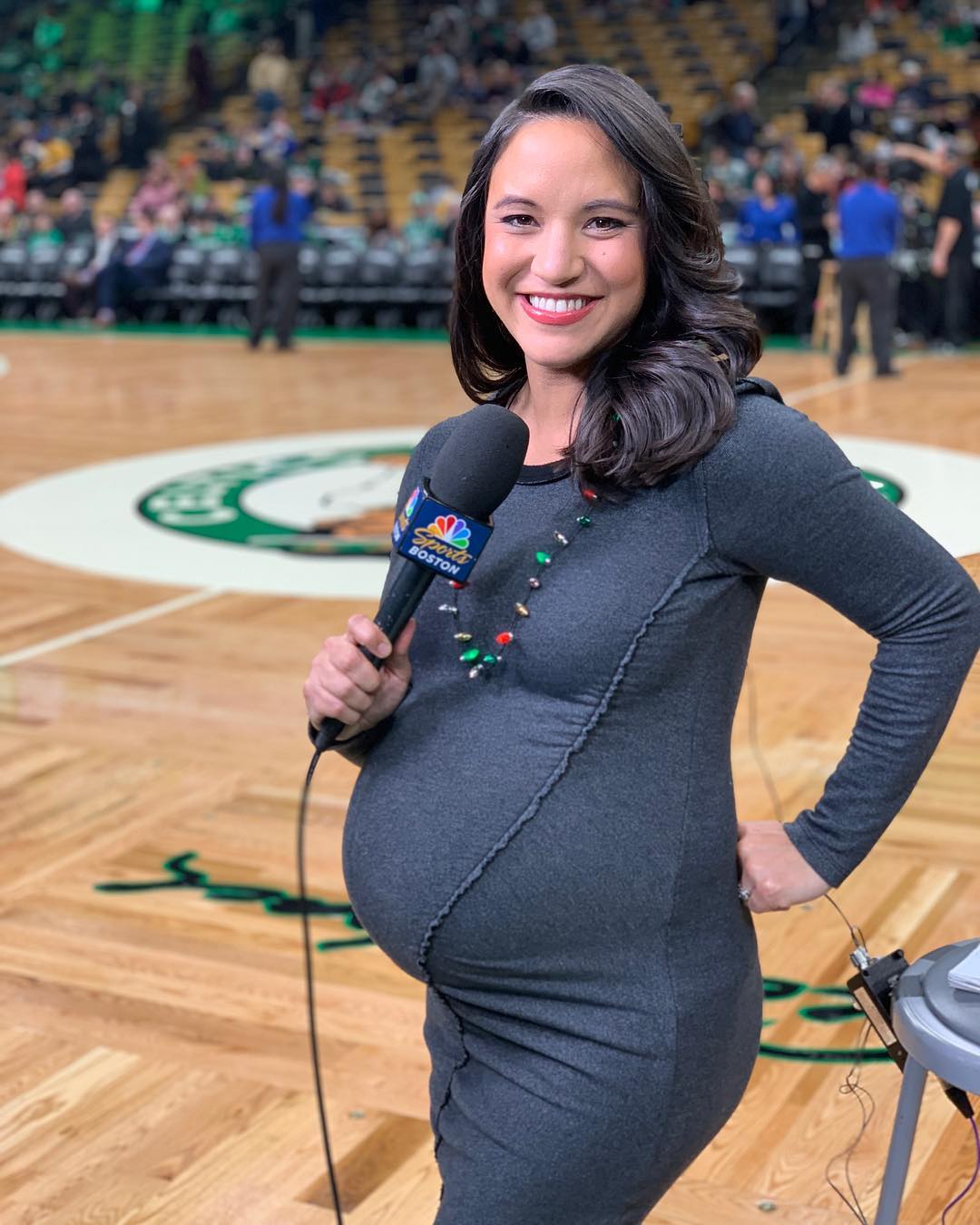 NBC Sports Boston’s Abby Chin still chuckles about a conversation her husband overheard when the couple was expecting their daughter, Mabel, during the 2015-16 Celtics season. As Chin tells it, he was grabbing a bite to eat at Causeway Street’s Halftime Pizza before tip-off when he caught someone at a neighboring table say, “I think Abby Chin is pregnant.”

“At that point, I was eight months pregnant, but [the television broadcasts] only show me from the chest up,” Chin said in an interview with Boston.com. “He was just laughing to himself, like, ‘Yeah, she’s very, very pregnant.”

Chin, who has covered the Celtics as a sideline reporter for six seasons, is now expecting the pair’s second child, a boy due Jan. 15. And unlike during her first pregnancy, there’s little public speculation. The soon-to-be mother of two has been tracking her progress on Instagram, often with the hashtag “#babybump.”

“I’ve been trying to embrace it more,” Chin said. “Going through it the first time, not that I was hiding it, but I definitely was a little bit more private about it.”

Chin said she also plans for this second time around to be her last. She hasn’t experienced any morning sickness or complications, though this pregnancy has been a bit more physically taxing. Her son already clocks in at over seven pounds, which has caused significant back pain. Chin’s daughter, who underwent open-heart surgery when she was 13 days old due to a severe coarctation of her aorta, weighed just four pounds and nine ounces at birth.

“It is totally different on my body,” Chin said. “I am definitely waddling through the Garden hallways and up and down the sidelines.”

Between her pregnancy and her toddler, who turned 3 on Christmas Eve, Chin said she’s constantly “exhausted.” On a typical game day, she’s up at 7 a.m., drops Mabel off at preschool three days a week, and attends shootaround at TD Garden or the Auerbach Center before going home to study — and nap. She’s back out the door in the evening to arrive at least two hours before tip-off, and said she’s “lucky” if she’s in bed before 1 a.m.

“I’m torn because a lot of people are like, ‘You go, girl. Way to go,’ and I’m like, ‘I’m just being me,’” Chin said. “Every woman who goes through this does this. Whether you’re working or staying at home, everybody works hard, and I don’t feel that I’m doing anything beyond what a normal pregnant woman would do.”

At 39 weeks pregnant, Chin will head off on maternity leave following Wednesday’s game against the Indiana Pacers. NBC Sports Boston will not be hiring a temporary replacement to fill her role, instead opting to rotate some of the network’s internal talent assets, including new hires Chris Forsberg and Danielle Trotta.

While NBC Sports Boston offers 16 weeks of leave for the primary caregiver, Chin is hopeful she will be able to return in time for the NBA playoffs, which begin in mid-April. After a slow start, the Celtics are still considered one of the favorites to come out of the East.

In the meantime, Chin said she is looking forward to taking a step back from the team. She intends to read up while she’s off, but said she remembers feeling “rejuvenated” when she returned from her first maternity leave.

“I think when you’re in it every day, different things don’t stand out,” she said. “But stepping back from afar, you can look at things a little differently.” 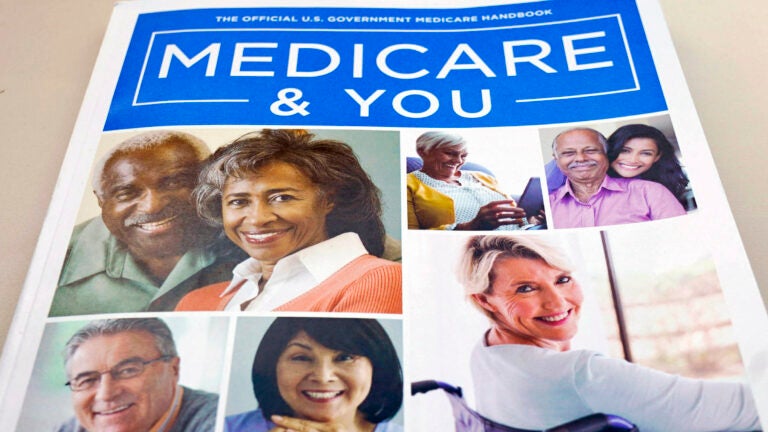