Peyton Manning is still making news for his passing. Unfortunately for ESPN, the decorated ex-quarterback is passing — again — on a chance to be an analyst on “Monday Night Football,” per a report Monday.

Sporting News’ Michael McCarthy cited sources in reporting that, “barring a miracle,” Manning won’t be on the broadcast team with Joe Tessitore and Anthony “Booger” McFarland when “MNF” kicks off its 50th season with a Sept. 9 doubleheader of Houston Texans-New Orleans Saints and Denver Broncos-Oakland Raiders.

Manning previously declined an offer from ESPN, as well as from other networks with NFL partnerships, in spring 2018. At that time, “MNF” had lost longtime analyst Jon Gruden, who returned to the NFL head coaching ranks, and now the program has lost Jason Witten, who is resuming his career as a tight end for the Cowboys.

In the wake of Witten’s abrupt departure, ESPN “took another swing” at Manning, according to McCarthy, despite “knowing he’d probably have little interest.” It was reported last month that ESPN President Jimmy Pitaro and head of content Connor Schell traveled to Denver to discuss the matter with the former Super Bowl winner for the Colts and Broncos.

Manning, however, is said to be reluctant to be put into a position of potentially having to criticize his brother, Giants quarterback Eli Manning, and prefers to wait for an opportunity to run an NFL team’s front office if not lead an ownership group.

ESPN still will be able to showcase Manning on its airwaves, though, as the host and executive producer of “Peyton’s Places.” The show, which will examine NFL history as the league celebrates its 100th year, is set to air on ESPN+ in July, with compilations subsequently airing on ESPN and ABC.

“He won’t be doing ‘Monday Night,’ but ESPN will still be in the Peyton Manning business in a very big way,” a source told McCarthy, he says.

NFL Films is contributing to “Peyton’s Places,” and the former quarterback gushed last week (according to The Associated Press’ Barry Wilner) about how the company “has all this great archives of (Bears founder) George Halas talking about being in Ralph Hay’s Hupmobile showroom, (former Giants owner) Wellington Mara talking about how Vince Lombardi wanted him to take Polaroids and throw them down to the field when Vince was coaching with the Giants.”

“To maybe reenact it or kind of tell that story, it’s kind of why I signed up for it,” Manning said of the program, adding, “I hope people who love football will find it entertaining. I certainly have not been afraid to make fun of myself.”

Manning earned praise for an eight-episode series, “Detail,” that he hosted for ESPN+ last season, in which he analyzed various NFL quarterbacks, including Tom Brady, Patrick Mahomes and his brother Eli. “It’s just different in New York, it’s different,” he said of the pressure of being a starting quarterback in that city. “Phil Simms knows what it’s like, Joe Namath knows what it’s like . . . and Eli faces the music, he does his interviews after losses. It’s like watching film, it’s like lifting weights – it’s part of the job.”

As for the “MNF” job, McCarthy reported that ESPN may opt to just stick with McFarland, whose “likability, smarts and TV instincts” were said to have impressed network executives, along with Tessitore and sideline reporter Lisa Salters. Other candidates to replace Witten could include a pair of ESPN personalities, former head coach Rex Ryan and former NFL front-office executive Louis Riddick. 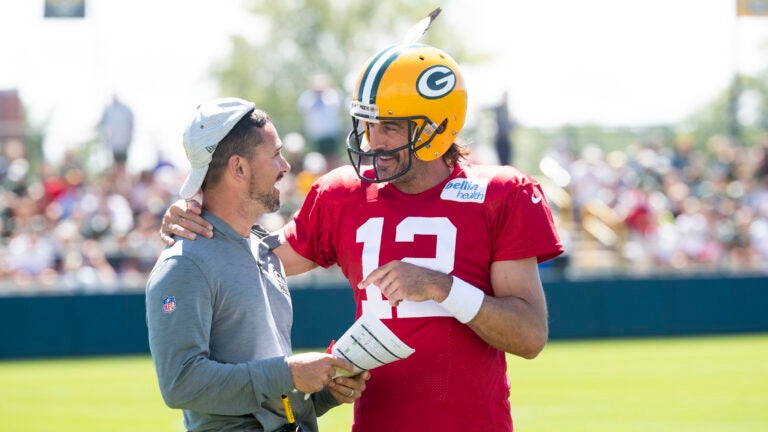