The last thing I want to do in this space is eulogize something once transcendent that theoretically still exists. Good people and extraordinary journalists remain at Sports Illustrated even after Thursday’s gross, Thanos-like corporate bloodletting that reportedly wiped out half the magazine’s newsroom.

But that’s awfully difficult to avoid when its ownership reveals a business model that is cynical, already proven to fail, and essentially the exact opposite of Sports Illustrated’s tradition of excellence.

The magazine and its website are now owned by three entities — Meredith Corp., Authentic Brands Group, and TheMaven — with the latter, a tech company, taking control with, as Deadspin first reported, plans to turn it into a team-focused content farm in the mode of SB Nation (currently facing two federal class-action lawsuits), and Rivals.com and Scout.com, insincere failed ventures of a similar quantity over quality vein.

It’s the most insincere idea in sports media since Fox Sports foolishly pivoted to video at the expense of a talented writing staff (including renowned baseball writer Ken Rosenthal) in June 2017, and it’s going to fail. It already has, many times over in many different places.

Among the details reported by Deadspin: Those who were pitched jobs running Maven team sites were offered $25,000 to $30,000 per year, with potential bonuses based on traffic. They were expected to produce upward of 100 posts per month, as well as three videos per day. There were also suggestions to find students on college campuses to help produce content for free.

This is about as far from the days of Dan Jenkins and Frank Deford, of Steve Rushin and Rick Reilly, that a company could get. No one is better for it — not the overworked, underpaid content providers. Not readers — SI, despite suffering from the familiar challenges of the print journalism industry (the former weekly was already down to 38 editions a year), still produced consistently superb writing and reporting.

There may not be a better sports feature writer in the country than Chris Ballard. Staffer Robert Klemko recently produced the sports story of recent months, revealing NFL star Antonio Brown’s long history of terrible behavior. Klemko and Ballard remain at SI, though it’s hard to see how they fit with the bleak approach. (The new CEO, who is either tone-deaf or tone-dumb, tweeted about the new approach Thursday night, calling it “awesome.’’ Presumably the stack of pink slips had all been delivered by then.)

Other accomplished and respected reporters — NFL writer Tim Rohan, college football writer Joan Niesen, NBA writers Andrew Sharp and Jake Fischer — were let go, as was editor Chris Stone, who was renowned by his charges for his editorial guidance and good cheer in difficult times. Many of the reporters who remain, such as former colleague Charlotte Wilder, spent the past couple of days filling their Twitter feeds with praise for those who were let go and pleas for another outlet to hire them. It was a kind sentiment, but the reality is that most will never find a job as fulfilling as what Sports Illustrated was, right up until a few days ago.

Michael Farber: “After gutting the staff, I see the new owners of @SInow plan to hire some ‘influencers.’ In my 20 years at the magazine — which I considered both a job and a privilege — the influences were the writers and editors and photographers.’’

Rushin: “I can’t overstate what SI has meant to my life. It fueled my adolescent dreams, sent me to seven continents, brought me to the city where I met my wife. But tonight I’m thinking of the talented people leaving, some of whom I’ve come to know and admire only as a reader.’’

Joe Posnanski: “Sports Illustrated set my dreams in motion and later made those dreams come true. It is the greatest magazine in American history. My broken heart is with all the incredible writers and editors today.’’

It’s hard to believe any of the contractors and aggregators that take TheMaven’s offer to help defile the Sports Illustrated brand at a cheap rate will consider it a dream come true. It’s a miserable situation for everyone but the soulless vultures that are enacting the plan. And once they’re done picking over the bones — it shouldn’t take long given the sheer stupidity of the model — then we’ll have no choice but to use the past tense. Sports Illustrated deserves better. Instead, it’s getting the worst. 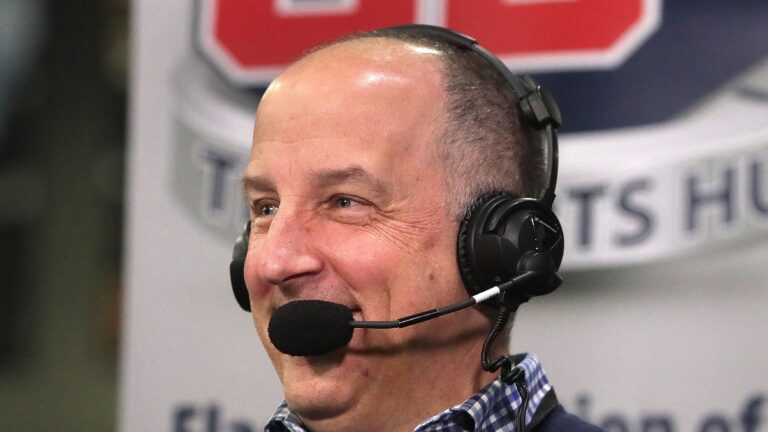