It’s a question he gets a lot these days, for understandable reasons. But no, Gotham Chopra says with a laugh, he does not know where his friend and business partner Tom Brady will be playing football next season and perhaps beyond.

“Tom does mention often that football remains his focus,’’ said Chopra, whose work with Brady includes collaboration on the wildly successful “Tom vs Time” series on Facebook Watch in 2018. “But I don’t ask him about free agency or what his future in football holds. He is well aware that I am a Patriots fan, though. Well aware.”

Chopra, however, is well aware of what Brady’s near future outside of football holds.

Brady’s company, which is named in a nod to the spot he was selected in the 2000 NFL Draft, will develop original high-end content, including films, documentaries, and television shows.

Brady will be on camera in some of the projects, which will focus not just on sports but also wellness (likely in some sort of collaboration with his TB12 lifestyle brand), health, and entertainment.

Brady’s first project is a biggie. He has partnered with Joe and Anthony Russo, whose directing credits include history’s top-grossing movie to date, “Avengers: Endgame,’’ to produce “Unseen Football” through the Wonderburst shingle of their AGBO production company.

Chopra, who will direct, describes it as Brady’s homage to the richness of the sport.

“This is Tom’s vision of how to best explain the ins and outs of football that make it such a passionate experience for him,’’ said Chopra. “This is his way of showing us the depths of what he knows, the rich details, in an engrossing, adventurous way.”

The film, which will be in 3D and shown in IMAX theaters, will feature Brady breaking down the sport across high school, college, and the pros, often examining it on a granular level while spectacular footage fills the screen.

While Brady is launching his own company, he will remain deeply involved in Religion of Sports. That company, which takes a more narrowly focused view on sports and seeks to tell an array of stories explaining why sports matter and the passion they engender, has a different and more specific ethos than 199 Productions’ more wide-ranging projects will.

Ameeth Sankaran, the CEO of Religion of Sports, noted that Brady is a cofounder and executive producer (along with Michael Strahan, a mogul in his own right) and investor in the company, as well as an active board member who has never missed a meeting.

The creation of Brady’s own production company just opens up more doors and possibilities for everyone, said Sankaran.

“To be able to collaborate with luminaries like the Russo brothers on dynamic sports projects is everything the company has aspired to be and grow into,’’ he said.

Sankaran and Chopra both said that Brady is hands-on in his role with Religion of Sports, often using anecdotes from his own experience as the winningest Super Bowl quarterback in history to draw parallels to the victories Sankaran and Chopra are trying to achieve in their field. (“Tom vs Time,“ with more than 100 million views on Facebook Watch, was a massive victory.)

“He supports us with guidance, opening up his networks in various ways, and by participating in content that makes sense, either as an executive producer or as a subject of the content,’’ said Sankaran.

Religion of Sports has a few other projects in active development and production that Brady is engaged in as an executive producer. Those projects will be announced in the next few months, if not weeks, Sankaran said.

One commonality between the film and television worlds and sports is the need for a meticulous eye for detail in the quest to do your best work.

During a recent Religion of Sports board meeting, said Chopra, Brady shared an anecdote about Patriots coach Bill Belichick’s thoroughness before one of their six Super Bowl victories.

“Tom told a story about Belichick coming to his room the night before the Patriots’ second Super Bowl against the Panthers [to conclude the 2003 season],’’ recalled Chopra. “It was this very minute detail about something he had noticed the Panthers’ defense do one time over the course of the whole season.

“Bill showed it to Tom, and Tom recalled a moment in the game when as a play unfolded he recognized that the Panthers were trying to do what Belichick had told him about that night before the game. That little thing mattered.

“Tom thrives on that kind of deep focus and detail, on the football field, of course, but away from it, too. We saw that with ‘Tom vs Time,’ and I know we will see that in a compelling way with other projects going forward.” 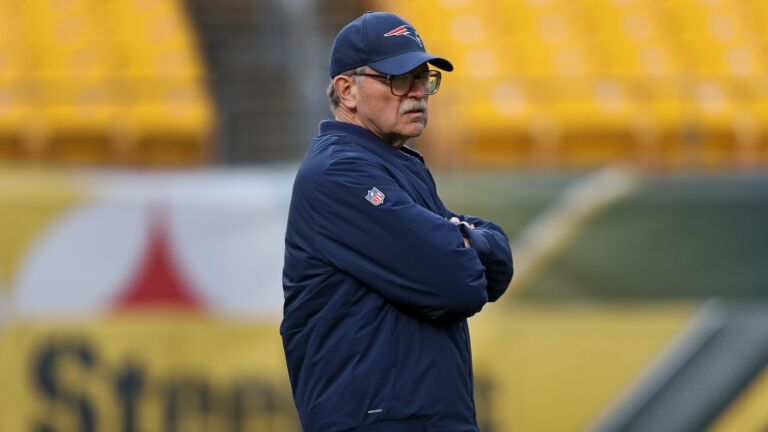