Jason Hehir, director of “The Last Dance,” the 10-part documentary on Michael Jordan and the 1997-98 Chicago Bulls that is drawing massive ratings as a weekly oasis for sports fans on ESPN, is a Massachusetts guy.

Hehir grew up in Newton, graduating from Newton North High and then Williams College. As a kid, he once figured out where Doug Flutie and Gerard Phelan lived on the Boston College campus and went to their dorm room, where they were kind enough to share a pizza with him.

He became a ballboy for the Boston College men’s basketball team, and was a talented athlete himself, playing varsity baseball at Newton North and Williams.

So, logically, there’s only one (semi-facetious) question for a Boston sports writer to ask a director of basketball epics who has legitimate Boston sports bona fides:

“Well, I haven’t gotten the call for that one yet, but I’m ready to go and always will be,” he said with a laugh, recalling that he got Bird’s autograph as a kid after a practice at Hellenic College. “But Larry might be tougher to sit down with than Michael was.”

Bird actually is among the numerous NBA legends interviewed for the documentary. After Jordan, then in his second NBA season, scored 63 points in a playoff game against the Celtics in 1986, an impressed Bird famously said that his team had just played against “God disguised as Michael Jordan.”

Hehir said Bird reiterated that quote without prompting when he interviewed him for “The Last Dance.”

“I said you had a famous quote after that game, and I didn’t even need to feed it to him,” said Hehir.

“It’s funny, that comment originally was not recorded on video. That was a comment in the newspaper. Some of the notes we got back during the rough cuts during this process were, ‘Where is the clip of Larry saying that?’ That clip does not exist. So I was glad he said it off the top of his head during our interview.”

Jordan, of course, took the baton from Bird and the Lakers’ Magic Johnson and became the NBA’s premier star in the ‘90s, not to mention perhaps the most marketable athlete of all time. Much of the anticipation for the series, which continues with episodes 5 and 6 beginning at 9 p.m. Sunday on ESPN and ESPN2 (the PG-rated version, or the one without swear words), was based on the unseen footage that NBA Entertainment captured behind-the-scenes during the Bulls’ contentious 1997-98 season.

The extended peek at the massive talents and massive egos behind the curtain is fascinating, but perhaps surprisingly, the best thing about the series is the ease, good humor, and candor that the current-day Jordan provided in the three interviews he sat down for with Hehir.

“I’m proud that that that we were able to display that Michael to the world because that’s the one that we’ve come to know,” said Hehir, who took some heat this week after fellow documentarian Ken Burns said Jordan was given too much control during the process. “Everyone who is close to him said they were eager for that side of Michael to come out, because we know him as this ruthless competitor and win-at-all-costs perfectionist, and the stories of, you know, him punching teammates and doing all that. He is ultra-competitive and doesn’t accept anything less from himself and those around him.

“But he’s also a really funny guy. I don’t know what I can say to make this newspaper friendly, but there’s a phrase for what he does, coming in and razzing people and enjoying being razzed back. He enjoys the company of other people, which is so rare because he’s ultra-famous. You hear the stories about Elvis and people who were mega-celebrities who in their later years especially just holed up and didn’t want to be around people.

“I don’t think he enjoys the attention he gets, because it is relentless, but he does enjoy being in the company of other people and sharing his opinions on sports and politics to what happened on the golf course that day. He’s a people person and a really funny guy and I’m glad that is coming out.

“He was so generous with his time and his candor and his honesty it would have been very easy for him to sidestep a lot of the more difficult sensitive questions in this thing. And he never did. He never once gave me just kind of a throwaway answer and he certainly never once said I don’t want to talk about this or that.”

Hehir acknowledged that the acclaim for the series has been rewarding to hear, but his work is not done. Because the series was moved up on ESPN’s schedule after the COVID-19 pandemic put the sports world on hiatus – it was originally supposed to air during the NBA Finals in June – the latter parts of the documentary are still being finished.

“It’s a bit of a crazy time because we’re still at work on the end of the doc and normally you don’t really get to see people responding to it until you’re completely done with a finished product,” said Hehir, who revealed that Jordan’s relationship with the late Kobe Bryant will be explored during one of Sunday’s episodes.

“But because of the move-up off the schedule things are just a little bit slower because we’re going from a multi-million dollar edit facility to our apartments. I’m surprised that my desktop doesn’t have smoke coming out the sides of it at this point. But to see a positive response is a boost for everybody to say, ‘All right, let’s finish this thing as strong as we can.’ “ 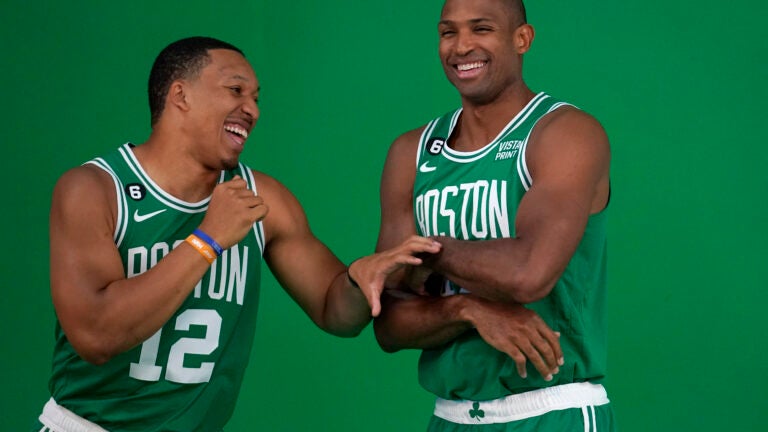