Six lingering questions now that the music has stopped, the lights have flipped on, and “The Last Dance” is complete …

Well, it definitely fulfilled the anticipation. When the COVID-19 pandemic brought the sports world to a standstill in mid-March, there were loud and immediate pleas from sports fans demanding that ESPN move up the launch date of this 10-part documentary series on Michael Jordan and the 1997-98 Bulls, which was originally slated to run during the NBA Finals.

ESPN, in desperate need of programming, quickly acquiesced once Newton-raised director Jason Hehir assured the network he could make the new timeline work. That his team managed to accelerate the process on such a detail-rich and complex undertaking and make it as compelling as they did is a remarkable achievement.

“The Last Dance” was must-watch television, bordering on a cultural phenomenon, for five straight Sunday nights in satisfying two-hour windows. Was it the best project ESPN has ever been involved in? No, that remains the 2016 five-part series “O.J.: Made in America,’’ which, no hyperbole, is the most impressive thing I’ve ever watched on television.

“The Last Dance,’’ which was relentlessly entertaining, didn’t have — couldn’t have — the same cultural breadth. But it was exactly what sports fans needed in this moment in time. Yeah, I’d say it lived up to the hype.

While the ’98 Bulls were the narrative core of the story, Hehir used that as a launching point to bound around the entire timeline of Jordan’s career. Yet we heard nothing about or from Robert Parish, who wrapped up his career with the ’97 Bulls and famously stood up to Jordan’s brand of attempted bullying during his one season in Chicago.

I thought there might be a mention of Bison Dele, a talented, quirky role player on the ’97 Bulls champs who died under bizarre circumstances in 2002.

I’d also devour a separate documentary on Jordan’s first Bulls team, the 1984-85 squad that was referred to the in the doc as a “traveling cocaine circus,’’ a description that brought a cackle from Jordan. I’m sure I’m not the only one that looked up that team’s roster after hearing that.

3. Which Jordan-era Bull was most overlooked?

I was surprised Ron Harper didn’t get more recognition and face time. Early in his career with the Cavaliers, he was a high flyer with some skills from the Jordan repertoire. A knee injury and that other ‘80s NBA kiss of death — a trade to the Clippers — altered his career trajectory. But he ended up being a trusted starter on the last three Bulls championship teams.

And in one of the early episodes, talking about Jordan’s shot over Craig Ehlo to beat the Cavs in the 1989 playoffs, Harper offered perhaps the most hilarious and profane comment in the entire documentary. I would like to have heard more from him. Jordan’s casual candor during his three sit-down interviews with Hehir was even more satisfying than any of the behind-the-scenes footage. But it’s hard to say he comes off well considering much of the conversation with him, as compelling as it was, was about his grievances real and imagined.

Viewers did get a sense of why Scottie Pippen was so popular with his teammates, and he’s the only one who made an effort to give disheveled but savvy general manager Jerry Krause any credit at all. But his defiance about his refusal to go into a ’94 playoff game against the Knicks — he said he wouldn’t change how he handled it — remains a bad look.

The answer to this question is Steve Kerr, whose humanity and thoughtfulness come through when he talks about his own father’s murder in Beirut in 1984 and how personal tragedy was something of an unspoken bond with him and Jordan.

If Kerr’s back story is unfamiliar to you, I highly recommend tracking down a copy of John Feinstein’s book “A Season Inside” on the 1988 college basketball season. Kerr, then a star at Arizona, is a major part of it.

5. What was the best recurring cameo?

I imagine some of you might say Carmen Electra’s good-natured appearances to discuss her wild times with Dennis Rodman. But the correct answer is Larry Bird.

He brought the documentary to the next level every time he was on, whether it was reiterating his famous “That was God disguised as Michael Jordan” comment after Jordan’s 63-point game in the ’86 playoffs, or his hilariously stone-faced look as Pacers coach after Reggie Miller hit a go-ahead 3-pointer in the ’98 playoffs, or his you-got-us-dammit smile as Jordan offers a vulgar greeting following the Bulls’ Game 7 win that same year.

The lesson, as always, is that Larry makes everything a little better.

6. What the heck are we supposed to watch now?

We’ll miss the “The Last Dance.” It was appointment programming, and watching it each Sunday also brought a fun communal experience on social media.

There are no documentary series of this magnitude upcoming, but ESPN is trying to keep the momentum going by moving up three “30 for 30” films for release over the next four Sunday nights.

A two-part documentary on Lance Armstrong debuts this Sunday, with Part 2 the following Sunday. A film on martial arts legend Bruce Lee debuts June 7. And on June 14, “Long Gone Summer,’’ about the ’98 home run race between Mark McGwire and Sammy Sosa, will premiere.

None of them have Jordan or Bird as far as I can tell, but they still should be pretty good. 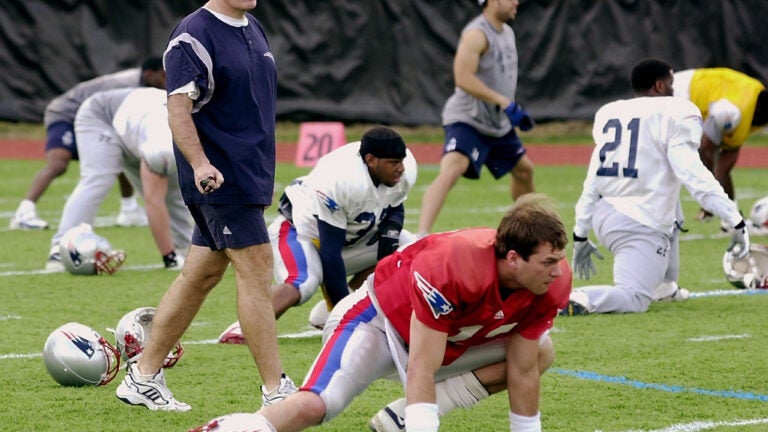 Sports Q: Which Boston team is worthy of a 10-part documentary?