Last Thursday, Elle Duncan, an ESPN “SportsCenter” anchor who worked at NESN from 2014-16, tweeted that she chose unemployment rather than remaining at the network because of “the hate and racism we faced living in” Boston.

Duncan’s tweet, which came on the heels of a statement by the Red Sox supporting comments by players such as Torii Hunter and Adam Jones that there have been racist incidents at Fenway Park, brought a maelstrom of responses, many supportive, but some skeptical of her timeline of events since she ended up going directly from NESN to ESPN.

On Tuesday, Duncan joined WEEI’s “Dale and Keefe Show” to detail her experiences in Boston and further confirm her timeline of events.

“I never really discussed it publicly, the experiences my husband – then-fiance – and I had in Boston because I knew that based on prior experience and history that Boston is incredibly defensive about any accounts from Black people about any racism that they’ve faced there,’’ she said, noting that she was initially inspired to speak out via Twitter because she was inspired by the Red Sox’ candor.

“I thought that was huge step toward what the country is going through right now, which is a reckoning and awakening. I knew there would be push-back, but also because we had reached a point in our country where people have been doing more introspecting than before.”

Duncan was asked by co-host Rich Keefe when she and her husband, both of whom are Georgia natives, decided they could not live in Boston anymore.

“We certainly were no strangers to micro-aggressions, some aggresssions, what racism looked like or what it felt like,’’ said Duncan. “But in Boston we experienced it at a rate that at some point we had to start laughing about it, saying it’s almost like movie-script racism.”

Duncan said she was warned by friends before coming to NESN in 2014 that Boston might not be the most welcoming place to minorities, but that she tried not to let that faze her at first.

“I’m not one to characterize an entire city based on the actions of others,’’ she said.

But Duncan said she and her husband began experiencing degrees of race-based discrimination almost immediately after moving to Boston early in 2014.

She cited an early experience at a Watertown restaurant in which the response of the staff and patrons made it clear that they were not welcome.

“You know how you can walk into a room and you can tell that people have been talking about you because they instantly get quiet, and they’re almost red in the face?,” she said. “This was sort of like that, but with complete and utter shock that we were there.

“I can vividly remember, as we looked back walking out of the restaurant, that the whole restaurant was staring at us again as we walked out.”

Duncan said her experiences got progressively worse from there. Once, during an outing for drinks with NESN colleagues, her husband was accosted by a white man.

“Someone walked up to group and said to my husband, ‘Yo, are you from Dorchester?’ And my husband was like, ‘What? No, I’m from Atlanta. Why?’” ‘Well, you look like someone that’s from Dorcester.’ … From there, you could tell he was just trying to mess with my husband. We ended up leaving, and we’re walking out, he calls me the b-word and he’s trying to start something and he starts telling my husband about how he just got out of prison.”

Duncan mentioned other incidents. Two men telling her husband at the door that he was “at the wrong place” when he was picking up a takeout order. A van of teenagers pulling up, barking, and making Nazi salutes when her husband and a friend were watching a World Cup game at a public viewing.

“I’m not one to ascribe every situation as a situation where race was involved,’’ she said. “I fully understand that Massachusetts has a reputation for maybe not being the most warm and friendly [place].”

“Obviously all 600,000 people in Boston are not racist,” Duncan said. “What I would say to the people who are always skeptical, who always get very defensive about their city, I get it. No one wants to be accused of being a city filled with racists. I fully understand that.

“But what I would say to you is, how can we all be lying? How can Adam Jones and [fellow ESPN personality] Mike Wilbon and me and Torii Hunter and the countless other African Americans who have said they’ve experienced this issue in Boston, how can we all be wrong? Why would we lie about that?

“I certainly wouldn’t lie and welcome what my mentions have looked like over the last couple days. All of us have just happened to come across the same handful of racists? Come on, guys. Does that seem more plausible than the fact that maybe there’s an issue there? Maybe it’s not the most welcoming place?”

Duncan also explained her timeline in leaving NESN. Her contact was set to expire in April 2016, but the network had a one-year option that it wanted to implement.

But she made it clear to NESN executives in November 2015 that she would be leaving the network in April, because she felt like she couldn’t live in Boston anymore. NESN tried to convince her to stay several times.

“I remember sitting in [NESN president and CEO] Sean McGrail’s office – and I really liked Sean and again really appreciated the opportunity that he gave me – and I remember saying to him, ‘The only thing you could do to get me to stay is to move this station to another city,’” she said.

In February 2016, three months after she informed NESN she was not signing a new contract, she landed an audition at ESPN. She learned in March 2016 that she had landed the ESPN job, but kept it quiet. She remained on the air at NESN until April. ESPN announced her hiring April 27, 2016, and she debuted on the air in early May.

“There are more non-racists in Boston than there are racists,’’ she said. “I think it’s time to start calling out the ones that are and saying, ‘enough.’ Stop personally attacking these people who are trying to share their stories. Stop making it about my past instead of what I’m actually saying. Start learning. Start listening without being prepared to respond and being prepared to sort of fall on the sword for Boston.

“It was painful. I don’t like reliving this. It was a terrible time for me and my husband honestly. It sucked. I don’t want to have to be on here and defending myself to people. But I think we’ve moved into a time in this country where people more than ever are listening.” 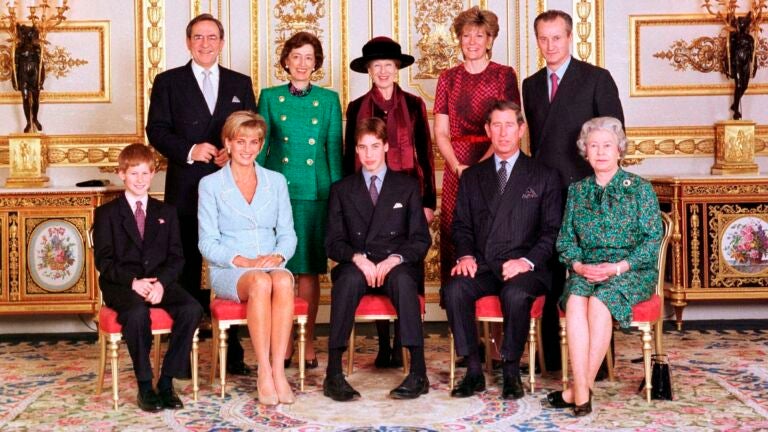 Who is Lady Susan Hussey, queen's courtier at the center of racism row?