A little more than a week has passed since current ESPN and former NESN anchor Elle Duncan detailed her personal encounters with racism during her two years in Boston.

In that short time, at the same moment the Black Lives Matter movement finally appears to be sparking genuine progress in the sports world, her perspective and candor have proven beyond valuable in the conversation about what Black people sometimes encounter in the city.

She said during a conversation Friday that the response to her revelations about her experience in Boston has been overwhelmingly positive with a few loud exceptions, and that it has only further confirmed that speaking up was the right thing to do.

“The vocal minority of Bostonians that are the skeptics tend to dominate the headlines.  They tend to be the loudest on Twitter. But people should see what my DMs look like.  They’re so positive. My emails that I’m getting from people that I knew briefly in Boston or the former colleagues that I really don’t talk to anymore are like, ‘Thank you,’ and either, A, ‘You’re opening my eyes to some of these things in particular because of how vocal some of those detractors are. How they’re responding proves your point and how they’re trying to dismantle the message. Or, B, people telling me they’ve never felt comfortable describing their time in Boston and saying, ‘It was very difficult for me too.’ And that runs across color lines.

“I don’t want to focus on the people that were never going to listen or receive that message. I’m more interested in focusing on the people that I knew were good Bostonians who have remained quiet and who really want to reclaim the reputation of their city.”

Duncan will bring that perspective to a special evening of programming next Wednesday on ESPN, which will explore the issues of racism and social justice in sports. She will join fellow “SportsCenter” anchors Michael Eaves and Jay Harris and reporter Maria Taylor on “Time for Change: We Won’t Be Defeated,’’ a one-hour program airing at 8 p.m. on ESPN and at 11 p.m. on ESPN2 that will examine Black athletes’ experiences with injustice and sports’ role in bridging the racial divides in America.

This is the centerpiece of 5 ½ hours of programming that will air across ESPN and ESPN2 that night, beginning with the re-air of the 30 for 30 documentary “The 16th Man,’’  which features the South African “Springbok” National Rugby Team and its impact on South Africa’s transition from apartheid.

“Time for a Change” is broken up into four segments. Taylor’s focuses on why this time and place feels different, including a conversation with Chris Fowler on why white voices are speaking up more about issues Black people have been raising for a long time.

Harris’s segment digs into the expression “stick to sports” and includes a conversation with former major league outfielder Torii Hunter, who recently detailed his experiences with racism at Fenway Park, spurring the Red Sox to acknowledge the issue.

In his segment, Eaves drives a discussion on how to create legislation that can actually change policy and help extricate racism.

I asked Duncan if she believes there is a genuine sea change happening now and that powerful people who have averted their eyes from racism in the past are authentic in wanting to make the country a better place for minorities.

“I do. I am very hopeful,’’ she said. “I know that there’s a lot of people that are skeptical. But here’s what I’m doing. I’m leaning on my parents who are in their 60s, who marched in the civil rights protests, who integrated schools when they were young in Denver.

“I lean on them because they have seen so much, and I have to be honest. When the George Floyd situation happened, the anxiety, the grief, the anger, the trauma was all there in their voices. The idea that 40 years later their children are still marching and battling and fighting for the same things they used to as teenagers was very disheartening.

“But as this has continued, as the protests have gone on, I have seen their whole attitudes change. They are so hopeful, so inspired by these young people, they’re inspired at the makeup and the composition of the protests. They’re inspired that it has become a global movement.

“They are hopeful, and I am incredibly hopeful right now, too, because there are all these things happening that lead you to believe that this is different.” 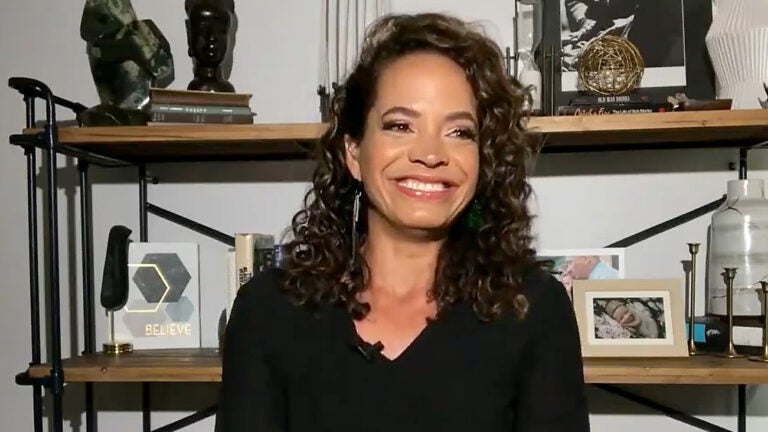 ‘How can we all be lying?’: Former NESN anchor Elle Duncan detailed her experiences of racism in Boston