Steve Bulpett, who has covered the Celtics both at home and on the road longer than anyone in franchise history, announced Wednesday that he has been laid off from The Boston Herald.

Bulpett, a North Shore native with roots in Lynn and Swampscott, was in his 35th season of covering the Celtics. The University of Dayton graduate has earned multiple Associated Press Sports Editor Top 10 honors.

“It is impossible here to express just how great an honor it’s been to cover the Celtics and NBA and establish that bond with you,” he wrote. “I am so deeply grateful you took the time to read.”

Informed this morning that I am among those in the latest round of layoffs by the @bostonherald… It is impossible here to express just how great an honor it’s been to cover the Celtics and NBA and establish that bond with you. I am so deeply grateful you took the time to read.

This is the second round of recent layoffs for the newspaper, which cut at least half a dozen employees in April, including longtime sportswriter John “Jocko” Connolly, Boston Bruins reporter Marisa Ingemi, and sports editor Justin Pelletier. MediaNews Group, the Herald’s parent company, has been cutting costs at its newspapers across the country and told Pennsylvania employees in April it was due to “the impact of COVID-19 on business operations.”

The Herald is not the only newspaper making significant changes amid the pandemic – DigBoston, a free alt-weekly, halted its print edition in March, and local papers across the region underwent layoffs this spring.

“The situation with the coronavirus has led to more and more advertising defections because advertisers, number one, don’t really want their messages and their brands to be associated with coronavirus coverage, and two, because of the cancellation of arts and cultural events, because of the shutdown of movie theaters, a tremendous amount of advertising has just vanished,” John Carroll, a media analyst for NPR’s “Here & Now” told Boston.com in March. “So we’ve seen, especially alternative newspapers, which rely on events advertising to a significant degree, just unable to continue publishing.”

MediaNews Group initially laid off more than 100 employees when it bought the Herald out of bankruptcy in 2018. 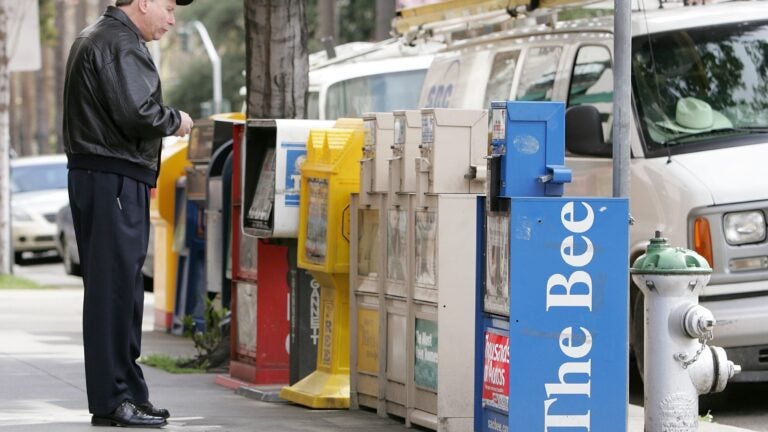 As newspapers close in Mass. and elsewhere, what happens to society — and democracy?