In 2020, that worst of years, the best thing in sports media for me was a national radio show that doesn’t even air in Boston, but has scattered affiliates in locales such as Fitchburg, Portsmouth, N.H., and Portland, Maine, and simulcasts on a fledgling streaming network.

I’ve enjoyed “The Dan Patrick Show” for a long time, first when it was part of ESPN’s lineup, and especially since he set out on his own and syndicated it in 2007. For more than a decade, as part of this job, I’ve been obligated to listen to a lot of Boston sports radio, for better (with Beetle, Zo, and Hardy on 98.5 FM at the forefront of the local good stuff) and often worse.

Patrick’s smart and good-natured show has often served as the antidote to the contrived and boring Argument Radio around here, the palate-cleanser, a program that elevates my mood rather than my blood pressure. That was especially welcome in the sad chaos of 2020.

The show which airs on Peacock after bouncing from NBC Sports Network to YouTube, has a simple formula. Patrick is the host and the ringleader. Executive producers Paul Pabst and Todd Fritz, director of operations Seton O’Connor, and writer Andrew Perloff serve as his on-air peanut gallery known as the Danettes.

Each has a distinct role and personality that comes across as relatable and authentic, giving off the vibe that they’re exactly the same way with each other off the air as they are on. They bust on each other the way your friends do.

There are Boston ties to the show. Tom E. Curran and Chris Mannix are frequent guests and excellent representatives of this market. But Patrick doesn’t have to talk about our parochial little corner of the map to be appealing. He is well-sourced — especially within college football, it seems — and is an exceptional interviewer, with engaging but short and to-the-point questions.

And he has A-list recurring guests — including Adam Sandler and Charles Barkley — who are completely at ease and unfailingly candid on his show. Reggie Miller is adequate at best as an NBA color analyst, but he’s always superb with Patrick.

That’s a credit to the host, and his camaraderie with the Danettes and guests alike. “The Rich Eisen Show,” which has a similar format and airs immediately after Patrick’s show on Peacock, doesn’t have the same energy.

This year, when so much has been aggravating or worse, his show has given us a chance to escape for a few hours each day and enjoy sports with people who sound an awful lot like your friends. I’m beyond grateful for that.

· Cealey Godwin and Emerson Lotzia Jr. have similar chemistry on “NESN After Hours,” and if you think that is something the network has come to easily, might I remind you of “NESN Daily” with Uri Berenguer and Jade McCarthy a decade ago?

· Curran and Phil Perry’s Patriots coverage on NBC Sports Boston. Curran has so much institutional knowledge about the Patriots, and such a distinctive way of putting it into proper context, that it would be a disappointment if he never writes a book about this era in Patriots history. (“The Dynasty” by Jeff Benedict is an outstanding read. It’s also a Kraft hagiography for about 80 pages. There’s another book to be written. I also nominate Mike Reiss.) Perry is as clear-eyed and trustworthy in his analysis as anyone in the market, on any sport.

· Steve Bulpett’s Twitter feed. Bulpett, an institution on the Celtics beat who remained remarkably plugged-in to the workings of the team, was part of the Herald’s most recent ruthless talent purge at the end of June. His twitter feed, @SteveBHoop, remains a source of info, big-picture thinking, and good humor. He’d be an asset to any outlet that covers this team.

· “The Last Dance” on ESPN. The network, and particularly director (and Newton native) Jason Hehir, deserve endless credit for moving the premiere of the much-anticipated eight-part documentary on Michael Jordan and the 1997-98 Bulls from June to April 19 to help fill the pandemic-created void on the sports calendar. The series was endlessly entertaining — Jordan might be even more compelling when he’s in nostalgic mode than he was as a player — and did we ever need that at that moment in time.

· Not sure this final item quite falls into this category since at its core it’s about sadness and loss, but NBC Sports Boston deserves much respect for the grace with which it has paid tribute to Tommy Heinsohn.

With the “15” — his jersey number — added to its transposed NBC Sports Boston logo during the game broadcasts, the pins its on-air talent wear, and the green backdrop featuring his prominent name on the studio programs, the network makes sure that he’s never far from mind.

Not that he would be anyway. Any time something interesting — particularly involving a referee — happens during a Celtics game, I’m sure I’m not the only one who immediately wonders what Tommy would say. I hope that never changes. 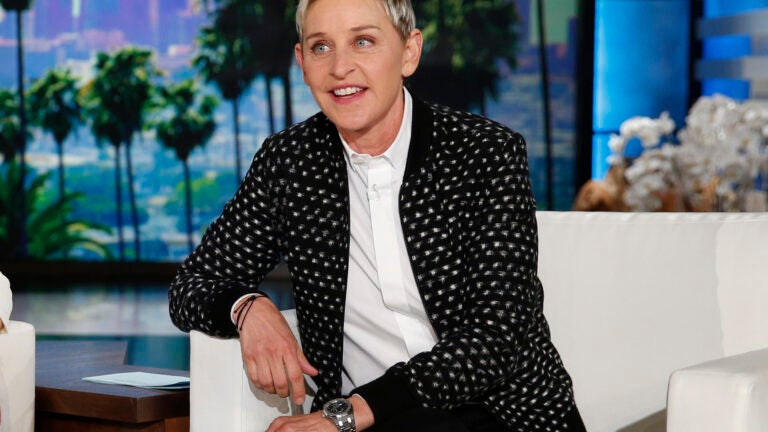