YouTube TV subscribers hoping to watch Bruins games this season would be wise to come up with an alternative plan before Thursday night’s opener.

The streaming service dropped NESN, the regional home of Bruins and Red Sox telecasts, on Oct. 31 after the MLB, NHL, and NBA seasons were complete and there was a live-sports void for regional cable networks.

There was hope at the time that the sides would reconnect once the new NHL season was on the verge of beginning, but a NESN spokesperson reiterated Tuesday that no progress has been made in negotiations. Barring a last-minute reconciliation, fans that subscribe to YouTube TV will have to find another way to watch Bruins games.

“We’d certainly like to be back on YouTube TV, but have no indication that YouTube TV feels similarly,” the spokesperson said. “We’ve reached out to them, but at this time, it appears there is no interest in renewing discussions. As we’ve said in the past, their decision to drop NESN and over 20 other RSNs [regional sports networks] across the country suggests they no longer wish to serve local sports fans.

“We remain very disappointed in YouTube TV’s decision and apologize to our fans [that] have been impacted. We hope our fans will switch to one of the many other providers that currently offer NESN.”

NESN remains available on streaming services fuboTV and AT&T TV, as well as cable providers. It is not available on Sling TV or Hulu + Live TV. YouTube TV, owned by Google, is the second-most popular live TV streaming service to Hulu’s offering, with more than 3 million subscribers. A YouTube TV spokesperson did not respond to a specific request regarding its subscriber count in Boston and other New England states.

YouTube TV, which hiked its monthly subscription rate from $49.99 to $64.99 last June 30, has offered slightly more optimism than NESN that a resolution could happen, but made it clear part of the issue on their end is how much NESN costs per subscriber.

“We can promise we’re doing our best to make sure we don’t lose content our members enjoy on YouTube TV. This is something we’re definitely working to avoid with other networks moving forward,” said a YouTube TV spokesperson via email.

“In this case, our agreement with NESN expired. Unfortunately, we weren’t able to reach a new one which would allow us to keep offering you these channels. We’re still open to making a deal that benefits all of our subscribers, but don’t have updates to share about that at the moment.” 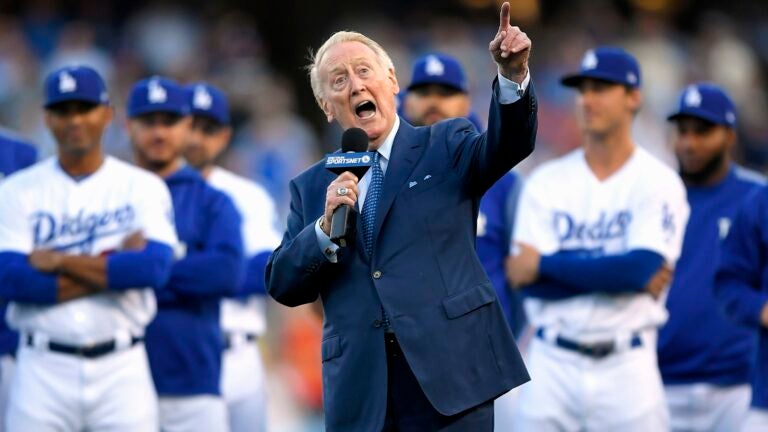 Why are the Red Sox playing in the morning on Sunday, and what will the Peacock broadcast be like?