Welcome returns are nothing new for Ellis Burks. Fans who know their trivia about the 2004 Red Sox’ World Series victory and all the sweet details of the postscript will remember that it was Burks — and not a playoff hero such as David Ortiz, Johnny Damon, or Curt Schilling — who carried the championship trophy off the plane upon arrival from St. Louis the morning after a victory that was generations in the making.

Burks, then 39 years old, played just 11 games that season, the last of his superb 18-year career that began with six seasons in Boston and took him to the White Sox, Giants, Rockies, and Indians before his Boston coda. But he was the fitting choice to do the honors, at the thoughtful suggestion of Pedro Martinez.

“We were all having great conversations on the flight back,” recalled Burks, “and Pedro stood up and just said, ‘Hey, this guy meant a lot to us throughout the year. He wasn’t able to play but he was there for us mentally and emotionally.’ He should be the one to do this.”

Burks had remained with the team, even on road trips, after an April knee injury thwarted his hopes of being a significant contributor. He served as a mentor his younger teammates could lean on.

Now he is returning to Boston in a different role as of May 7, when he makes his debut on NESN as a Red Sox studio analyst.

“I can’t really express how much it meant to me to hear that coming from Pedro and everyone else, [Jason] Varitek, Schilling,” said Burks, now 56 but still looking like he could rip a hanging slider into the gap. “All the guys agreed with him when he said, ‘Hey, I think it would be an unbelievable honor for us as well as for him to carry the trophy off, because he was there for us. He pushed us.’

“That meant so much. I wanted to be a part of the team and help out as much as I could, and just being someone they could count on for advice is what I felt that I could do.”

That scene was remarkable in part because there was a time when Burks’s return to Boston — for a final scene as a player or as a fledgling broadcaster — would have seemed unlikely.

Expectations soared higher than the Prudential building when he first arrived in April 1987, an enthralling power-speed-defense combination percolating with talent and cool, the kind of player the Red Sox usually saw in an opposing uniform.

It didn’t take fans long to recognize what the Sox had; Burks hit 20 home runs and stole 27 bases that first season while playing dazzling center-field defense.

The organization already knew he was special before he got to the big leagues. The previous summer, Red Sox general manager Lou Gorman refused to part with Burks — then in Double A, where Jerry Remy was one of his coaches — in a trade for Tom Seaver. (The White Sox accepted Steve Lyons instead.) 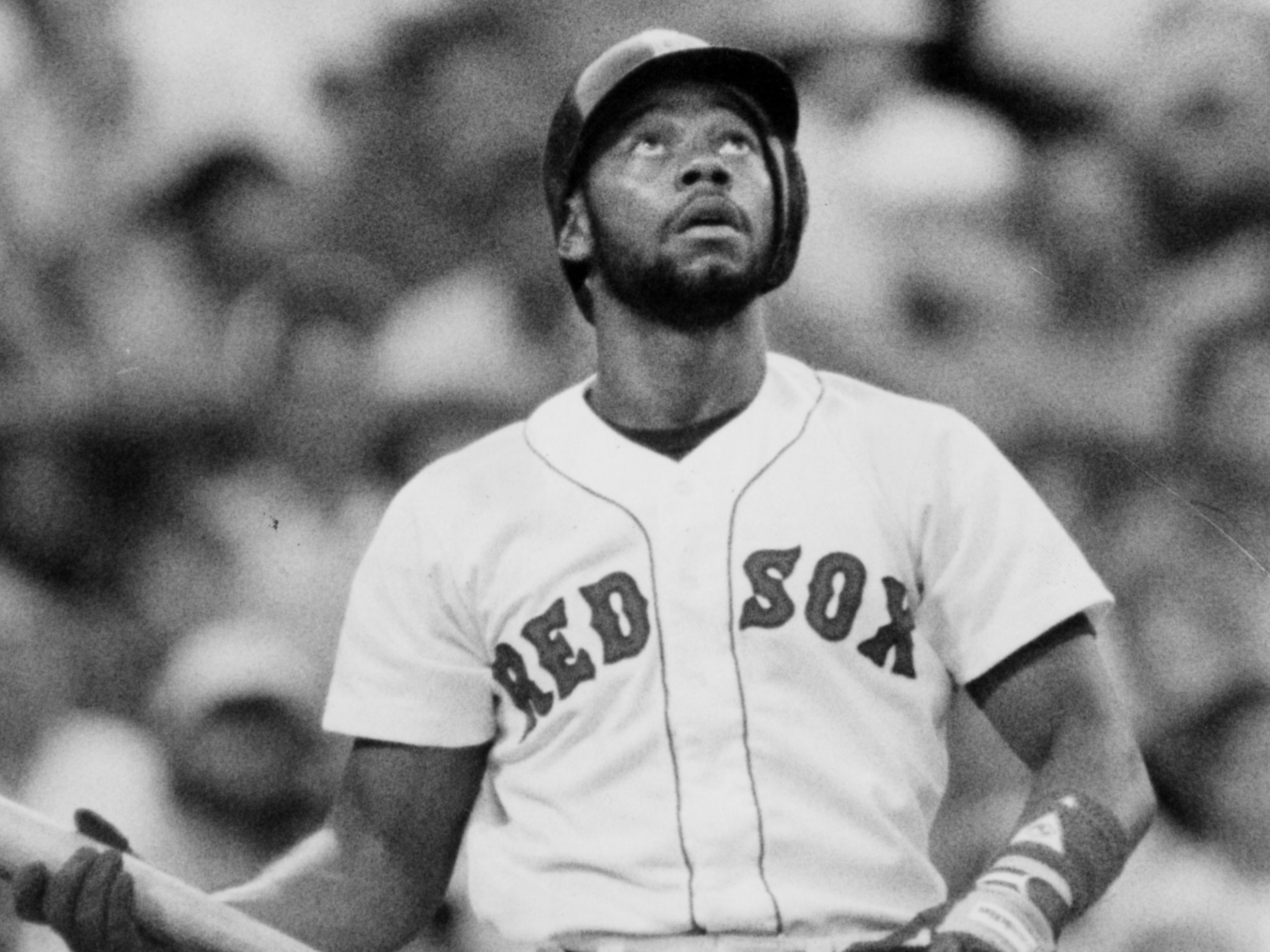 Burks was such a sensation when he arrived in ’87 that Sports Illustrated, in an article raving about that season’s rookie class (starring Burks, Mark McGwire, Bo Jackson, and, um, Matt Nokes), opined that Burks could end up being the best of all of them:

“Really now. The plodding Red Sox — baseball’s answer to Gerry Cooney — coming up with a fleet, slick-gloved centerfielder whose home run and basestealing potential seems to be of 30-30 caliber?” the magazine asked. “Indeed. Burks has, in two months, become the darling of Red Sox fans.”

Burks went on to a career worthy of Hall of Very Good selection, hitting 352 homers with a .291 average and an .874 OPS, his final statistics fittingly similar to those of previous Red Sox stars Fred Lynn and Reggie Smith. But his status as a cornerstone in Boston was much more fleeting than it should have been. Injuries mounted, serious ones, to his back, knees, and shoulder. So did the pressures, especially after Jim Rice retired following the 1989 season, leaving Burks as the only Black player on the roster.

In his book “Shut Out: A Story of Race and Baseball in Boston,” author Howard Bryant wrote of the Curse of Willie Mays, and the inevitability that “any young black center fielder who has speed and power will be compared to the great Mays.” It’s intended as a compliment, but cruelly, it’s also a prescription for failure. No one can be Mays, the most complete player of all time. The weight of such expectations can crush a ballplayer.

Burks endured so much during those first six seasons in Boston — injuries, those unfair pressures, and more injuries — that he needed to get away, rejuvenate elsewhere, first with the 1993 White Sox before finding great success with the Rockies and Giants.

As late as 2000, a return to Boston was still hard to fathom. There were rumors that summer that the Red Sox were trying to acquire him at the trade deadline. Burks later told Bryant that he would have considered retiring rather than accept the trade.

“After the ’92 season, Lou Gorman had called me and told me they weren’t going to extend my contract, and it was very disappointing, but I knew that it was more of a business decision than anything else because of my history with my back injury at that time,” said Burks. “And I knew I had to really focus and get myself back in baseball condition, and I did that offseason, and then I signed with the White Sox and it was just another start for me.

“You go to a different city and maybe you have a little bit of a different baseball experience while also realizing that some of the positive aspects of where you were before aren’t always the same in a new place.

“By 2004, some things about the Red Sox were different than they were when I came up and when I left. The idea of coming back to end my career was sort of like one of those little storybook endings where as a young kid you get drafted by a certain team and you expect to spend your whole career there.

“It doesn’t work out that way, but later you get the chance to end it the way you want. I always felt like I was welcomed with open arms. The fans invited me in, accepted who I was, how I played.”

When word broke in March that NESN was adding Burks — as well as popular former stars Mo Vaughn, Kevin Youkilis, and Jonathan Papelbon — the response was overwhelmingly positive. Fans were happy to hear his name again.

Since retiring, Burks has been involved with the game, working as a special assistant to the general manager for the Indians, Giants, and Rockies. He’s a television novice; he’ll begin with a couple of studio shifts before eventually joining Dave O’Brien and sometimes Jerry Remy or Dennis Eckersley in the broadcast booth.

“It’s always been an interest to do something like this, and it’s very challenging, which I like,” said Burks. “I’m going to give you a baseball analogy. It’s sort of like a rookie coming in, it’s a new challenge facing big league pitching, so I have to get my timing and everything down.” 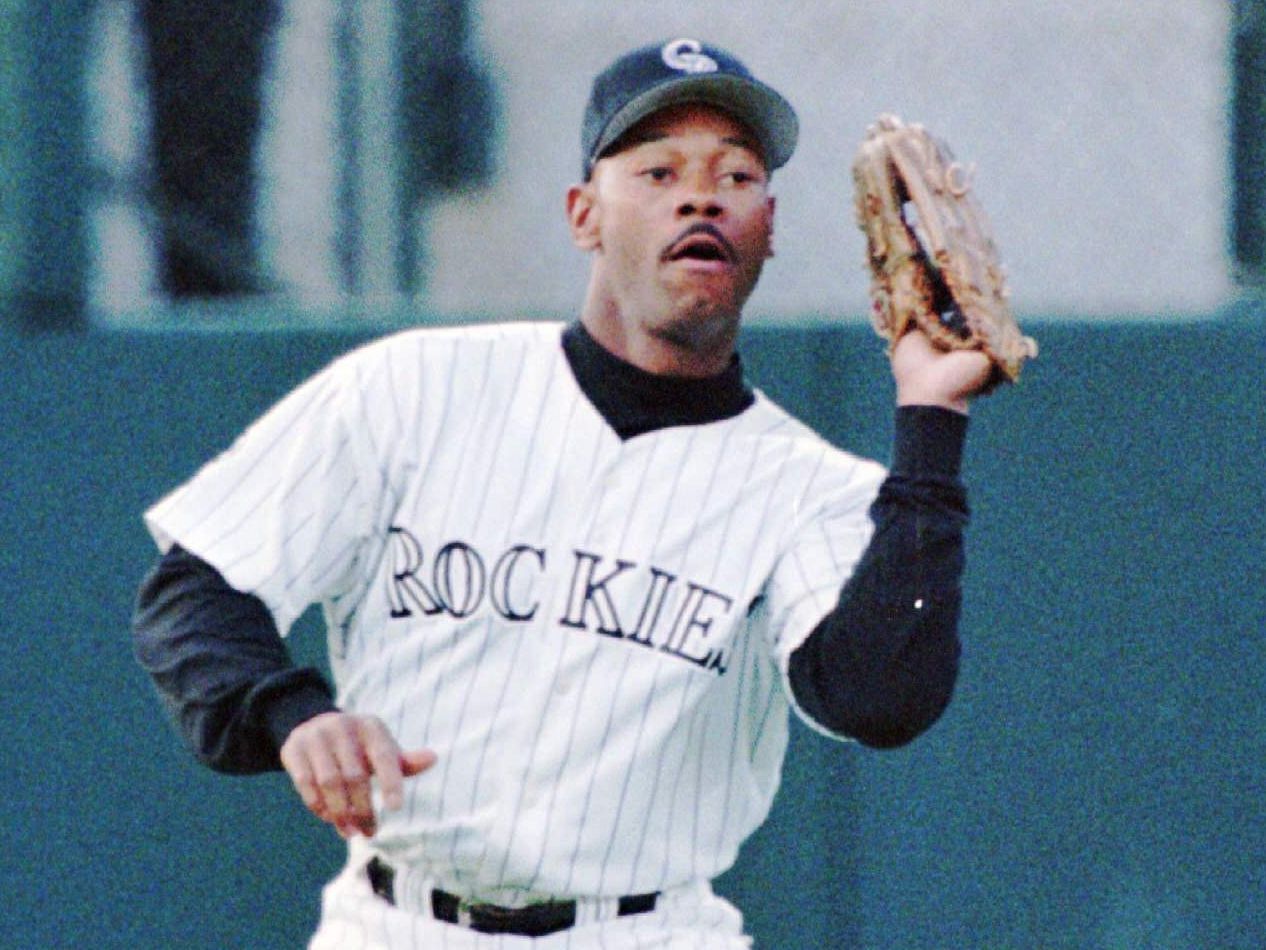 Burks played 4½ seasons with the Colorado Rockies in the 1990s.

Burks has reached out to several NESN colleagues, including Tim Wakefield and Lenny DiNardo, for their advice. He remains close with his former teammate Rice, whom Burks grew up emulating in Vicksburg, Miss.

“Of course, when I told him that when I got to the big leagues, he said, ‘You know what, kid, I’m not that old, shut the heck up,’ ” said Burks with a laugh.

He also has leaned on Remy, who advocated for him in the organization when they were both at New Britain in 1986 and speaks highly now of his broadcasting potential.

“I hope I don’t let Jerry down, because he means a lot to me,” said Burks. “We have talked about it. He just said, ‘Be yourself; you may seem like you’re a little nervous at first, but just let it flow naturally.’ That’s good advice in a lot of different areas in life and in the game. You can help yourself just by taking a step back and just kind of relaxing.”

Burks was perceived as shy when he came up, but he’s an engaging interviewee who is putting in the work to understand what makes for a good analyst. Provided NESN can keep Mike Greenwell from unexpectedly careening into the studio or booth, Burks should thrive.

Before our conversation ends, Burks makes a point to mention a photograph he has in his home. It’s a shot of his last at-bat at Fenway, on Sept. 23, 2004. He was still hurting, but the Red Sox activated him for another swing. Pinch hitting for Pokey Reese, he lined a single, the second-to-last of his 2,107 regular-season hits.

In the photo, he’s waving to fans as he departs for a pinch runner, the crowd well aware of the moment.

“I knew that was it, and so did they,” said Burks. “It really meant a lot to me to wave goodbye to the fans and soak it in, to let them know I really appreciated them.”

It was pretty close to the perfect goodbye, Burks is told.

“Yes,” he said. “I’m looking forward to saying hello to them again.” 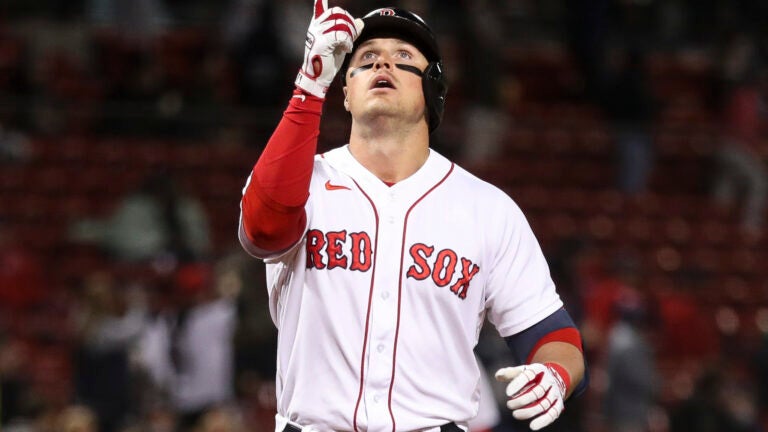