Amy Rosenfeld has been a full-time producer at ESPN since 2007 and has more than 30 years in the business, so the Concord native and current Carlisle resident knows what it’s like to have real-time encounters with the unexpected and even the potentially tragic during a broadcast.

During ESPN and ABC’s coverage of the European Football Championship in Paris in 2016, Rosenfeld was the lead producer when ESPN had to abandon a set because of massive flooding along the Seine River.

Her highest-profile credits involve soccer, including the 2014 World Cup, but earlier in her career she produced IndyCar and X-Games broadcasts that were marred by frightening accidents.

But nothing was as jarring, or came with a higher degree of difficulty in trying to get it right in an uncertain moment, than what happened June 12 in ESPN’s broadcast of the Euro 2020 match between Denmark and Finland.

If you saw it, you won’t soon forget it. Forty-two minutes and 9 seconds into the teams’ opening match, Denmark’s Christian Eriksen collapsed. It was immediately apparent something was seriously wrong beyond a typical injury. Said play-by-play voice Derek Rae, “Play is going to be halted again and this does look serious. Christian Eriksen in some distress by the look of things.”

Eriksen was suffering cardiac arrest. And yet, stunningly, the camera mostly remained focused on him, even as his teammates encircled him to try to keep what he was enduring from being seen by hundreds of thousands of viewers.

But this was not the decision of Rosenfeld or ESPN. Because of wariness of traveling to Europe while the COVID-19 pandemic still rages in some regions overseas, the network is instead taking a world feed from the event and having its broadcasters, at least for the group round, call Euro 2020 matches from its studios in Bristol, Conn. Rosenfeld, a vice president, production, who has been a leading figure in so much of ESPN’s soccer coverage over the past decade, said the network would have cut away or gone to a wide shot if it had been their call. But their broadcast was at the mercy of the world feed.

“When there’s likely a very significant injury, when we are controlling the production, controlling the sights and sounds, we do a lot of training here at ESPN about how to appropriately document what’s happening while also being cognizant of who’s watching, of imagery the devastating effect it can have on an audience,” said Rosenfeld. “In the case of Christian Eriksen, it was a really, really tough experience for all of us because the director made decisions that we at ESPN would not have made.

“This is my personal opinion. In many ways, I think [the director of the world feed] severely crossed the line of what’s appropriate,” she added. “I think dwelling on him, moving the cameras in even further when the players circled around Christian, was incredibly inappropriate. You don’t move your camera in to get around them. You don’t. I know the director defended himself publicly saying, ‘I’m trying to document the event,’ but there was a point where the line of human decency is crossed.”

Rosenfeld said there was consideration to cutting out of the event altogether during the 14-minute delay while Eriksen, who survived and will receive a heart-starter implant, was tended to.

“But if you do that, you relinquish all ability to document anything,” she said. “It’s gut-wrenching. I’ve thought it through since, and I think in hindsight there were moments where we should have abandoned the feed because it was especially egregious. We took a lot of licks for staying with it, and I understand why. It’s a learning experience, and one I haven’t stopped thinking about.”

ESPN could not have a better person overseeing its big-event soccer broadcasts. The sport is a lifelong passion for Rosenfeld, passed along to her by her father, who grew up in the middle village in Queens in a neighborhood saturated with soccer aficionados. There was no girls’ team when she attended Concord Academy (Class of ’84), so she played on the boys’ team. After graduating from Colorado College and working as an intern and freelancer at NESN, she landed the gig as the Revolution’s television producer in MLS’s infancy. That was where she met Rae, who was the team’s play-by-play voice.

“That was so long ago that I think it happened 20 minutes after fire was invented,” she joked. “I used to take my horse-and-buggy to Foxborough. But back then there weren’t a lot of us doing soccer, so I sort of became known as the soccer girl, and eventually got hired by ESPN and ABC to produce the ’99 Women’s World Cup as a freelancer.”

Soccer has taken her to some unforgettable places and events since. But Rosenfeld doesn’t forget her roots. She is proud of the strong Massachusetts connections within the coverage of the sport.

“The fact that Derek is also from Massachusetts is important to me,’’ she said. “There are significant people both on camera and behind the scenes who come from Massachusetts, who work in soccer broadcasting, whether it’s ESPN or other networks. And I’m really, really proud of that. The Massachusetts ties are strong.”

The flood of live sports this spring as professional leagues have tried to get back to a normal routine has resulted in some programming schedules overflowing with games. Consider NESN’s situation this spring. With NHL season starting later than usual (Jan. 14) and running deeper into the calendar and MLB starting on time, those two seasons overlapped for a full seven weeks. For NESN, the regional home of the Bruins and Red Sox, there was a stretch in which both teams played on the same date 22 times in 53 days from April 3-May 23. On 12 of those days, both teams played in prime time (NESN utilized its secondary channel, NESN+, on those days for one of the live broadcasts.) On 10 of those days, one team played in the day and the other at night. Both circumstances ended up being successful for NESN and its hustling production teams. In the 12 head-to-head nights, NESN’s cumulative ratings between its Red Sox and Bruins broadcasts finished first in prime time in the market every night but one in the adults 25-54 demographic. NESN also finished first in prime time on those 10 nights it had one game (either the Bruins or Sox, with the other having aired in the daytime) on all but one occasion. 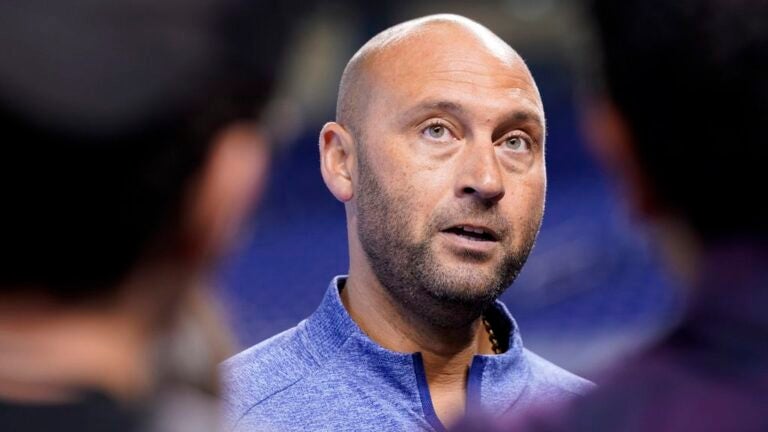