Moving up and down the dial while wishing Jerry Remy the best in his cancer battle. RemDawg‘s resilience remains remarkable …

· Remy was a popular Red Sox player (1978-84), of course, before he began his broadcasting career. Maybe one of you old-timers even saw him play high school ball for Somerset High. It’s not like he was unfamiliar when he landed the NESN color analyst job in 1988. But the news that he’s taking a leave of absence to be treated for a recurrence of lung cancer made me consider with further appreciation how long he has been part of Red Sox broadcasts, and how consistently excellent he has been. When Jack Craig, the originator of the sports media column and the best ever to do it, wrote about Remy’s hiring on the front page of the Feb. 3, 1988, Globe sports section, other stories in the section included a Dan Shaughnessy piece on the Larry Bird statue sculpted by Armand LaMontagne, and a Kevin Paul Dupont story on a couple of Bruins players — one named Taylor Hall — who were commuting from Maine. Craig wrote that Remy beat out competition that included former Red Sox players Mike Andrews, Jim Lonborg, and Rick Miller, and the columnist had a hunch that he would succeed even without any previous experience: “As a Red Sox player, he had a nice guy image, and this friendly manner should project at the microphone.” Remy said his approach to criticizing players who might have been former teammates was simple: “It’s all in how you say it.” Broadcasting wisdom, even from a then-novice. Remy has been saying it right for 33 years. Here’s hoping to hear from him again soon.

· Heard from quite a few folks who were annoyed by NBC’s decision to put some of its more appealing Olympic events, including Team USA’s men’s basketball games leading up to Friday’s gold medal game, on the pay tier of its Peacock streaming service. It was annoying, but it should be obvious why the network took such an approach. Peacock, which has a free tier, is never going to have a better opportunity to try to convince viewers to subscribe than by attempting to entice them with Olympic events they don’t want to miss. I don’t know whether it worked — NBC hasn’t made subscription data available for Peacock — but it’s got to try. Have to admit, though, all I need is on the free tier: give me “The Dan Patrick Show,” the first couple of seasons of “The Office,” and “The Rockford Files” reruns, and I’m all set.

· We won’t know for sure until he makes a roster move or two, but Audacy’s hiring this past week of Jeff Rickard as WEEI’s brand manager seems relatively inspired. Rickard comes to WEEI from WFNI in Indianapolis, where he was program director and hosted the morning drive program. But he might already be familiar if you’ve been an ESPN Radio listener through the years — he was the full-time host of “GameNight” beginning in 2006, and could be heard through the years on every part of the schedule. He’s an affable and easy-going host, and while it’s uncertain whether he’ll be on air at all at WEEI — he’s scheduled to meet with staffers in the coming week and officially begins Wednesday — his approach to his own shows through the years seems to bode well for what he might be looking for at WEEI.

· Will Flemming and WEEI’s Red Sox broadcast team handled the indignity with good humor, but I’m not there’s been a better case for getting MLB broadcast teams back on the road than what happened Tuesday night at Fenway. While Guns N’ Roses, who are not exactly ambient background noise, rocked the ballpark to its bones, Flemming and friends were calling the Red Sox game in Detroit from a back room near the press box. The concert didn’t overwhelm the broadcast — it sounded more like paradise city than a jungle — but it added a degree of difficulty they shouldn’t have to deal with. They should be traveling by now if they’re comfortable with it.

· Tom Brady and Larry Fitzgerald are now teammates, but not in the way Patriots fans long desired. The Buccaneers quarterback (writing that will be weird for however long it lasts) and the longtime Cardinals receiver are co-headlining a new weekly, hourlong SiriusXM show titled “Let’s Go!” But other than during a preseason episode scheduled to air Sept. 6, Brady and Fitzgerald — an oft-discussed wishful target of Patriots fans during Brady’s heyday here — shouldn’t be called co-hosts since they won’t actually interact on the show. Instead, they’ll sit for separate half-hour interviews each week with the ever-irritating Jim Gray.

· Maybe it’s because professional basketball is a magnet for social media engagement, but it seems here that there’s a higher number of pretend-insider Twitter accounts for the NBA than any other league. So many clearly fake rumors get amplification from people retweeting made-up nonsense from accounts desperate to look like they have actual sources. If it’s not coming from Woj, Shams, a couple of other well-known insiders, or your friendly neighborhood beat writer, it’s best to take transactions reported on Twitter with a whole shaker of salt. 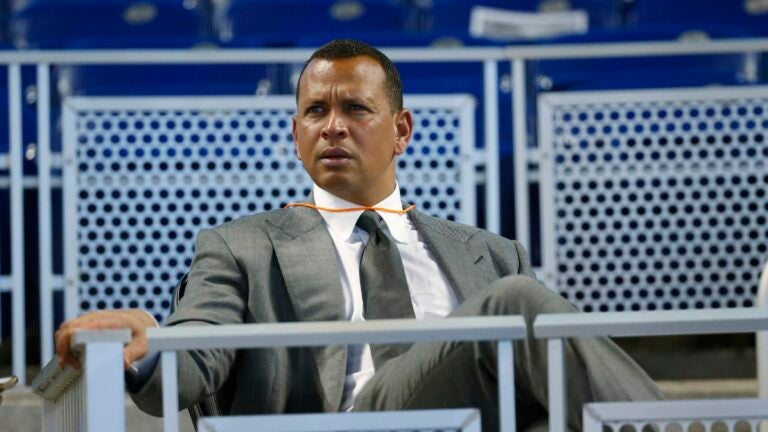