If YouTube TV’s latest carriage dispute isn’t resolved by Thursday, subscribers to the streaming service will have to find another way to watch the most anticipated NFL game in years.

NBC Universal’s deal with YouTube TV expires Thursday. The companies have not been able to come to an agreement on the per-subscriber rates for a new deal, meaning that YouTube TV subscribers could lose the full NBC Universal portfolio, including at least 14 NBCU-owned networks, among them NBC channels and its regional sports networks.

That means subscribers would not have access to Sunday night’s matchup between the Patriots and the Buccaneers on NBC 10 locally, the occasion of Tom Brady’s first game at Gillette Stadium since leaving New England for Tampa Bay in March 2020.

They also would lose access to NBC Sports Boston, the regional cable and streaming home of the Celtics, whose first preseason game is Monday, Oct. 4.

NBC Universal and Google — which owns YouTube TV — issued dueling statements regarding the stalemate. Neither statement indicated a per-subscriber rate that would be suitable for a resolution.

From an NBC spokesperson: “NBCUniversal is seeking fair rates from Google for YouTube TV’s continued carriage of the only portfolio offering entertainment, Hispanic, news and sports networks. Unfortunately, Google is refusing to make a deal at these fair rates and is willing to withhold entertainment, news and sports programming from their paying customers. NBCUniversal feels a responsibility to inform our fans that they are at risk of losing their favorite shows if Google continues with their demands.”

From Google, which has accused NBC Universal of asking for higher per-subscriber fees in its renewal talks: “Our ask is that NBCU treats YouTube TV like any other TV provider. In other words, for the duration of our agreement, YouTube TV seeks the same rates that services of a similar size get from NBCU so we can continue offering YouTube TV to members at a competitive and fair price.”

Google said in a post on its YouTube TV blog site that if it cannot reach an agreement with NBC Universal by Thursday, it will reduce its monthly subscriber fees by $10 (from $64.99 to $54.99) for those viewers affected for as long as it is without the network’s channels.

Other channels that will be unavailable on YouTube TV if NBC Universal networks are dropped include Telemundo, USA, Bravo, MSNBC, CNBC, and Golf Channel.

The more logical way for YouTube TV subscribers to make sure they can watch NBC programming, including the Patriots-Bucs game, is to subscribe to NBC’s Peacock streaming service for $4.99 per month. In something of an olive branch, Google actually suggested this option on its blog post explaining the circumstances.

This is not the first time a carriage issue with YouTube TV has forced Boston sports fans who subscribe to the service to find alternative ways to watch their teams. YouTube TV dropped NESN, the regional home of the Red Sox and Bruins, on Oct. 31 last year in a similar dispute over per-subscriber fees. The sides have not reconciled.

YouTube TV is the second-largest live television streaming service in the United States, with more than 3 million subscribers. Only Hulu has a larger subscriber base. Google has not responded to requests regarding how many subscribers YouTube TV has in the Boston area. 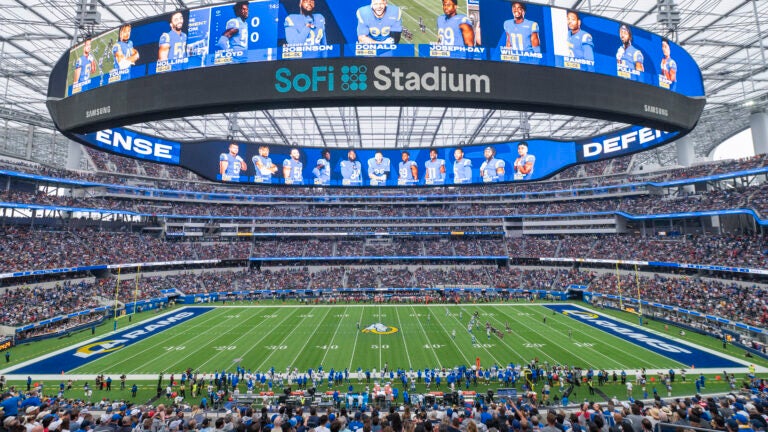