There aren’t many podcasts with a more fitting marriage of subject and host than one The Ringer is launching this week.

On Friday, the premier episode of “Icons Club,” hosted by Jackie McMullan, will be available on The Ringer Podcast Network, a Spotify Studio. The Hall of Fame basketball writer and former Globe reporter and columnist wrote and hosts the eight-episode miniseries, which tracks the evolution of the NBA through its greatest players in their own words.

The first episode will focus on the rivalry between Bill Russell and Wilt Chamberlain and the emergence of other superstars in the early ‘60s, including Oscar Robertson.

MacMullan, who retired from ESPN last August, has referenced during appearances on The Ringer founder Bill Simmons’s podcast that she was working on a compelling project, but the details were kept under wraps until Tuesday.

Following the release of Episode 1, new episodes will be available twice per week on Tuesdays and Fridays through Tuesday, April 12. The podcast is free and will be available on The Ringer’s “Book of Basketball 2.0″ feed.

Interviewees for the podcast include Michael Jordan, Julius Erving, Charles Barkley, Shaquille O’Neal, Steph Curry, Kevin Durant, Isiah Thomas, Hakeem Olajuwon, Dwyane Wade, and many other NBA legends. Topics include the legends’ relationships with each other, their places in the history of the game, and how superstardom has changed through the generations.

In one amusing snippet from the audio prologue for “Icons Club,” MacMullan mentions to Michael Jordan that she got an unexpected response when she once asked him whether he had approached Larry Bird or Magic Johnson for career advice.

“I remember asking you once, ‘Hey, did you ever call Bird or Magic and say, ‘Tell me the secret to being a superstar,’” she tells Jordan. “You just laughed at me.”

Jordan laughs heartily at the reminder.

“I’m laughing at you now,” he says. “No, I never called them. I learned from afar. I mean, I understood what they obtained in their careers and their personalities and the way they played. And I wanted to emulate them in the way they were respected by the league and [how] they started winning championships, so they became a goal for me. 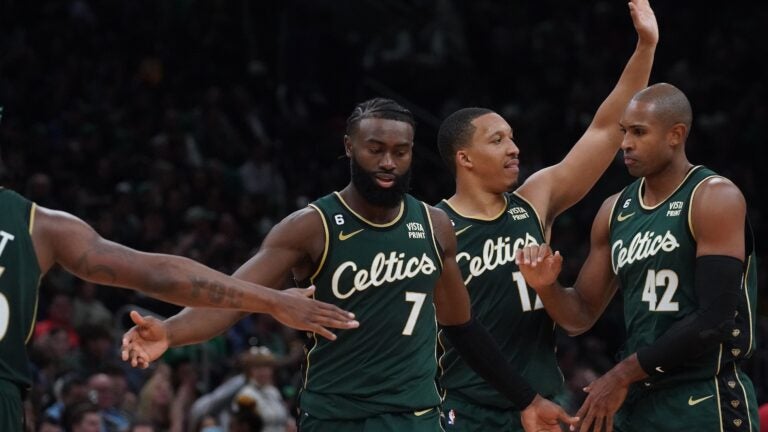 Evaluating the Celtics roster one week into the season