Vin Scully, the best and perhaps most beloved baseball broadcaster there has ever been, died Tuesday night at age 94.

The tributes poured out immediately, heartfelt and in abundance, from anyone who was fortunate enough to hear him narrate ballgames through the generations with his inimitable style of eloquent, lilting wonderment.

For those of us who still believe, sometimes against all common sense, in the romanticism and connective powers of baseball, this one hurts.

Let’s consider that first statement for a moment before we linger on the second.

As a national voice for decades on CBS and then NBC, Scully called some of the most memorable moments in World Series history, including the Mets’ rally to the beat the Red Sox in Game 6 in 1986, and hobbling Kirk Gibson’s pinch-hit home run to win Game 1 for the Dodgers over the Athletics in ‘88.

Scully called myriad other sports too, of course — his call of “The Catch” in the 1981 NFC Championship game between the 49ers and Cowboys is a gem in its own right — but never have a broadcaster and a sport been a more copacetic fit than Scully and baseball.

For all of the famous, flawless big-moment calls, Scully’s enduring legacy will be the 67 seasons he spent in the Dodgers booth from 1950-2016, the longest tenure of any broadcaster with one team in professional sports history.

Sixty-seven years. Pause to consider what he witnessed, what he told us about, and the institutional knowledge he gathered in that time, and you’d be hard-pressed to find someone who drew a longer through-line through baseball history.

His first professional assignment, a football game between Boston University and Maryland in 1949, took place at Fenway Park, a sign if there ever was one that the baseball booth was where he belonged.

Scully broadcast Dodgers games in Brooklyn for eight seasons before the team moved to Los Angeles for the 1958 season. He traveled with the Dodgers when they came to Boston — to play the Braves. His first season with the franchise was Jackie Robinson’s fourth.

It’s endlessly cool that you can go to YouTube right now and listen to a baseball double feature of his call of Sandy Koufax’s perfect game in 1965 (“There are 29,000 people in the ballpark, and a million butterflies”) and then Clayton Kershaw’s no-hitter in 2014.

Of course, it wasn’t just what Scully saw, but his uncanny talent for describing it evocatively in real time, with a voice like a breeze, that makes him such an enduring and beloved figure. Mookie Wilson didn’t hit a ground ball to Bill Buckner. He hit “a little roller up along first.” (Sorry, I’ve blacked out what happened after that.)

And for someone so gifted at finding the precise right thing to say, he could enhance a scene by falling silent and letting it breathe. After Gibson’s home run, Scully did not speak for 68 seconds. He let the sights and sounds of the delirious Dodger Stadium crowd tell the story. When he did speak again, he had perfect words ready. “In a year that has been so improbable,” he said of the underdog Dodgers, who would go on to win the Series, “the impossible has happened.”

Asked in 2014 by sports talk host Dan Patrick about his penchant for letting silences do the talking, Scully explained that he realized as a kid that “the roar of the crowd intoxicated me.” When he landed the Dodgers job in 1950 at age 22, it became part of his repertoire.

Scully belongs foremost to the Dodgers and the West Coast, but fans of various generations and locales are certain to have specific memories of him, and not just for his World Series calls.

When I was a kid in the ‘80s, Scully was paired with Joe Garagiola on NBC’s “Game of the Week.” It’s hard to fathom now, with every single baseball game available in some form or fashion so long as you’re willing to pay, but the “Game of the Week” was must-see then. (”Pedro Guerrero and the Dodgers take on Willie McGee and the Cardinals, coming up next on NBC …”)

I found myself listening to Scully again, almost every night, in 2008, after Manny Ramirez had been traded to Los Angeles and the Dodgers were essentially the Red Sox West Coast for a while. (The Dodgers and Red Sox have always been kindred spirits as far as I’m concerned, united in the loathing for all things pinstriped.)

Hearing Scully’s baseball melody, game after game, was soothing in a way I can’t quite explain. It made me feel like I did as a kid, listening to Ken Coleman call Red Sox games on the radio. Scully’s voice was what baseball was supposed to sound like, at its most idealistic and idyllic.

We’ve been losing too many of our icons and favorites lately. Bill Russell, a basketball player and man beyond compare, died Sunday, and then Scully two days later. Jerry Remy, who died in October, is deeply missed on NESN’s Red Sox broadcasts. Whenever something of note happens with the Celtics, I still find myself wondering what Tommy Heinsohn would think.

But there’s comfort in knowing that Scully was aware of how beloved he was. When he retired, nobody, not a soul, wanted him to go. This is what he said during his final broadcast, on Sept. 25, 2016:

“You and I have been friends for a long time, but I know in my heart that I’ve always needed you more than you needed me, and I’ll miss our time together more than I can say.

“But you know what? There will be a new day, and eventually a new year. And when the upcoming winter gives way to spring, rest assured it will be time for Dodger baseball.

“So this is Vin Scully, wishing you a very pleasant good afternoon, wherever you may be.”

You heard it, didn’t you? As you read that, you heard his voice. That’s the beautiful gift Vin Scully left us. 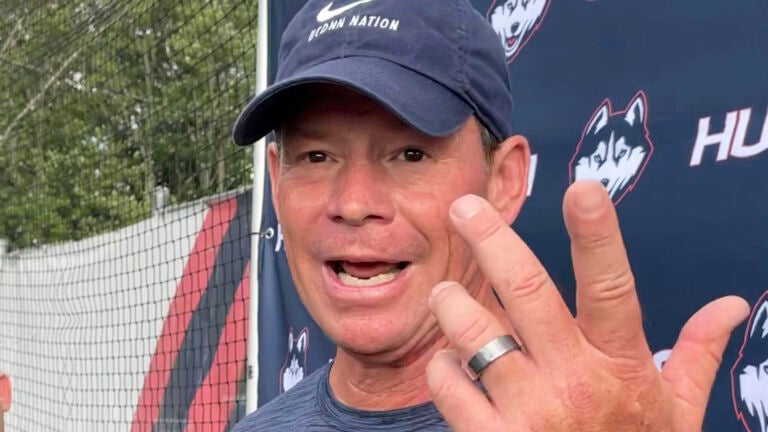