Just a year and a half after getting engaged, former Red Sox player Will Middlebrooks and CBS Sports’s Jenny Dell tied the knot on Sunday — otherwise known as Valentine’s Day.

Dell said she didn’t exactly seek out the year’s most romantic day for her wedding.

“We really didn’t have much choice on the date,’’ Dell said, laughing.

Her schedule with CBS requires working most of the fall season and into the winter, and Middlebrooks, who now plays for the Milwaukee Brewers, is diving right into spring training.

“So we had one weekend out of the entire year to get married,’’ Dell said. “And it just happened to fall on Valentine’s Day.’’

The ceremony, which took place at a Tuscan-inspired venue outside of Scottsdale, Arizona, called Villa Siena, was an “easy process’’ for Dell to put together. She did it all on her own, sans wedding planner.

Even picking her dress, which was a ball gown, was painless. Dell said she had pictured herself in something “sexy and fitted,’’ but those styles felt like something she’d wear to any event.

“Until I tried on the ball gown princess wedding dress, that was the first time — you know,’’ she said. “Everyone got tears in their eyes, and I felt like a bride for the first time.’’

As for honeymoon plans, the newlyweds couldn’t fit in a post-nuptials getaway with their schedules. They did go to Hawaii for a week last October, which Dell said was like their “pre-wedding honeymoon.’’

“We figured we can celebrate [for] the rest of our lives,’’ she said, “so we’ll have a trip down the road.’’ 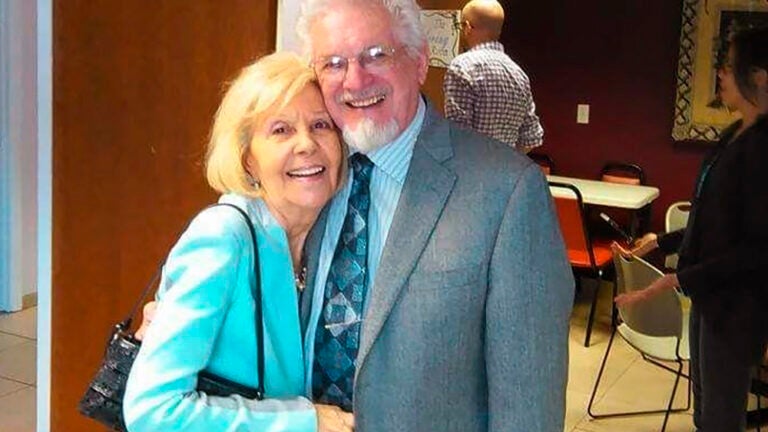