Minor league baseball players who make as little as $5,500 a season were stripped of the protection of federal minimum wage laws under a provision in government spending legislation signed Friday.

The “Save America’s Pastime Act” is included on page 1,967 of the $1.3 trillion spending bill and appears to pre-empt a lawsuit filed four years ago in U.S. District Court in San Francisco by three players alleging Major League Baseball and its teams violate the Fair Labor Standards Act and state minimum wage and overtime requirements for a work week they estimated at 50-to-60 hours.

The provision in the legislation exempts “any employee employed to play baseball who is compensated pursuant to a contract that provides for a weekly salary for services performed during the league’s championship season (but not spring training or the offseason) at a rate that is not less than a weekly salary equal to the minimum wage … for a workweek of 40 hours, irrespective of the number of hours the employee devotes to baseball related activities.”

The House approved the spending bill Thursday, the Senate followed early Friday and President Donald Trump signed the bill in the afternoon.

“Instead of going through the regular committee process where it has a hearing, all of this was done in secret and a in a very rushed manner,” Garrett Broshuis, the lawyer for the players, said Thursday. “It’s emblematic of how things are getting done in Washington these days, where the people with a lot of money are able to flex their political muscle and make a lot of contributions and get things done in secret that benefit only them.”

Major League Baseball spent $1.32 million on lobbying expenses in both 2016 and 2017, up from $330,000 in 2015, according to the nonpartisan Center for Responsive Politics. MLB paid $400,000 each of those years to an outside firm, the Duberstein Group, which reported lobbying the House and Senate on the issue, as did MLB’s in-house lobbyist.

The language in the spending bill is nearly identical to a stand-alone bill introduced in 2016 by Republican Rep. Brett Guthrie of Kentucky and Democratic Rep. Cheri Bustos of Illinois. At the time, the pair said the exemption from minimum wage laws was necessary because without it, minor leagues would have to make cuts that could imperil teams and hurt the economy in cities where they play.

While early selections in the annual draft of players residing in the United States, Canada and Puerto Rico, and top amateurs from the rest of the world can command signing bonuses as high as about $8 million under the current rules, monthly minimum salaries for most players on minor league rosters are low: $1,100 at rookie ball and Class A, $1,500 at Double-A and $2,150 at Triple-A. Players also receive a $25 per diem on the road and dinner at the ballpark following games.

Teams have spent just under $289 million on signing bonuses for last year’s amateur draft picks and about $150 million on international amateurs in the signing period that started July 2. MLB calculates the average monthly salaries last year at $10,000 in Triple-A, $3,000 in Double-A, $1,600 at upper-level Class A and $1,300 at lower-level A-ball.

“We stand shoulder to shoulder with the minor league players and the labor community in opposing this legislation,” Tony Clark, head of the Major League Baseball Players Association, said in an email.

The lawsuit has been certified as a class action for minor leaguers who played in a California league, instructional league or extended spring training since February 2011, but MLB has asked the 9th U.S. Circuit Court of Appeals to overturn that decision, which has delayed the case from going to trial.

MLB had no comment on the legislation, spokesman Michael Teevan said. The National Association of Professional Baseball Leagues, which governs the minors, deferred to MLB because players are employees of the major league teams, spokesman Jeff Lantz said.

David Popp, a spokesman for Senate Majority Leader Mitch McConnell, said in an email: “If the leader issues a statement on this I’ll be sure to forward.” Doug Andres, a spokesman for House Speaker Paul Ryan, did not respond to an email seeking comment. 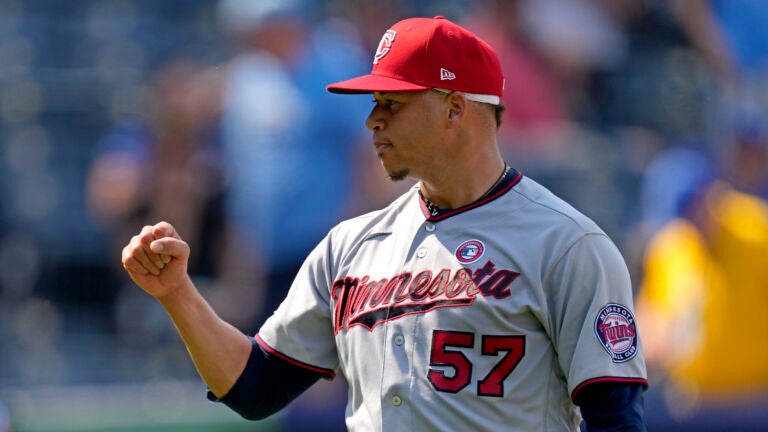