When the New York Yankees hired Aaron Boone out of the broadcast booth to be their manager, he had never held a job in baseball as a coach or manager, or even as a scout or executive.

But it is not quite true that Boone, 45, is completely bereft of coaching experience. For the last five years, he was the defensive coordinator of the mighty Steelers, a youth flag football juggernaut in Scottsdale, Arizona, where he makes his home.

“We used to joke with him when he was interviewing for the Yankees’ job,” said DeAndre Wadlington, a parent of one of the team’s players. “We’d read all this about him not having coaching experience and we’d be: ‘C’mon, man. He coached the Steelers.’ All he had to do was show his résumé.”

“I told him when he got the job: ‘The Steelers prepared you for this.’”

Wadlington laughed some more, but he might have been on to something. Many of the qualities that parents say they saw Boone exhibit with their boys — upbeat, confident, calm and able to connect with players — are among the reasons the Yankees chose him.

And if you think Yankee Stadium is hyperkinetic in October, try stepping into the caldron of youth sports, with its overbearing parents, grating coaches and emotionally burdened children under the lights on Saturday nights.

“It can get a little testy out there sometimes,” Boone said with a grin.

Might there be an old grainy video of the new Yankee manager misbehaving on the sidelines available somewhere on the internet?

Shortly after his playing career ended in 2009, Boone got involved in coaching for the same reason many parents do: to bond with his children — Brandon, now 12, and Bella, 8. (He and his wife, Laura, adopted two boys, Jeanel, 15, and Sergot, 13, four years ago.)

While baseball is deeply ingrained in the Boone family — his grandfather Ray; his father, Bob; and his brother Bret also played in the major leagues — Aaron did not see the point of teaching the intricacies of a swing to 6-year-olds. Football, though, carried plenty of appeal. He played the sport from Pop Warner through high school, where he was a speedy receiver, he recalled, but did not like to get hit. He remains a passionate fan of the football team at his alma mater, Southern California.

“I always had these romanticized thoughts that I was going to coach high school football one day,” said Boone, who spent the last eight baseball seasons working for ESPN. “So I thought it would be fun. We had the same nucleus of kids every year and their parents, and it kind of snowballed. We’d get to the fall, late in the baseball season and you start looking forward to our team and asking, ‘Are we going to play in the winter season and the spring season?’”

Boone and his coaching partner, Mark Tapley, would meet before the start of each season and devise a play list, schemes and blitz packages for the 5-on-5 league. Tapley, with a laminated play sheet in his hands on the sidelines, called the offensive plays, and Boone, known as Coach Aaron, handled the defense.

The eight or nine boys on the team practiced once or twice a week. There was no team mom and no orange slices at halftime.

“We were all business,” Tapley said.

Boone and Tapley, a former college quarterback, made for a complementary pair. “He was the brains behind it,” said Boone, who lent a cool head.

Though Boone could be fiery on the baseball field — he was kicked out of his first game in the major leagues — he was a pillar of patience and restraint as a football coach.

“We had a good yin and yang,” said Tapley, whose two sons played on the team. “I’m a little loud. I have more of that Type A, overzealous personality as it pertains to coaching. Aaron was calm. He observed. He’s not a yeller and a screamer by any means. If the ref makes a bad call, I’m going to get loud and let him know about it. If a kid runs the wrong route, I might bark at him a little.”

He added: “Aaron made me a better person. You know, ‘Let’s not take this down to an unhealthy level.’”

Boone had an ability to connect with the boys as well as the grown-ups. While the gravitas of being a former professional athlete may have helped, so did Boone’s investing in the boys, periodically texting parents on how their child was developing, and using setbacks on the field as teachable moments.

Sammy Tadio’s parents nicknamed Boone “The Sammy Whisperer” for the knack he had of centering their son when he would get riled up or down on himself.

“He’d pull Sammy aside and say, ‘You know how to do this,’ and slap him on the back and send him out there,” Bill Tadio said. “Coming from a guy like Aaron, I think it resonated a little more than some dad telling him something. To be able to bounce back the next play — he was all about that. Win or lose, you never put your head down and you shake hands at the end of the game.”

What also caught Tadio’s eye was how Boone coached his own son Brandon the same way. (Bella played briefly, when she was 6.)

From the perspective of the players, the name of the league — Prime Time Athletics — was no misnomer. The games, which lasted an hour, resembled a football carnival. Music blared over loudspeakers as four or five games were played concurrently. Snacks and soda were for sale.

Afterward, the families often met at a sports bar where they’d eat, watch college football during the fall, and send the kids off with quarters to play arcade games.

When Boone’s family hosted a team party after the Steelers won the championship one season, he invited all the children into his garage, where he had more than 100 bats from his playing days. He told each child to pick out a bat and he signed it with a personal message.

Boone played baseball for his father, Bob, twice — on a Connie Mack League team after he graduated from high school and later when Bob managed the Cincinnati Reds. Asked what he has gotten out of the experience of coaching his own son’s team, Aaron Boone said, “Joy.”

“That’s what I took — the enjoyment, a little bit of competition,” he added. “We played to win and wanted to win, but I think it was just seeing kids get better and trying to mold them. I really enjoyed trying to help them not only deal with success because we were usually a good team, but also how do we react when we lose? How do we play when it’s hard, when you throw an interception or when a team is having its way with you? What’s our reaction then?”

Boone said that “in a small, probably weird, far-fetched way,” there were experiences he could take from coaching the boys and apply it to managing men. Helping mold his players is inherent in coaching any sport at any level.

In Scottsdale, a group of boys — and a few interested parents — will turn their eyes to the Yankees this season, which begins Thursday in Toronto. Some of the Steelers have stopped playing flag football, others have joined different teams, and the parents are somewhat wistful.

“The Yankees’ gain is our loss,” Tadio said. 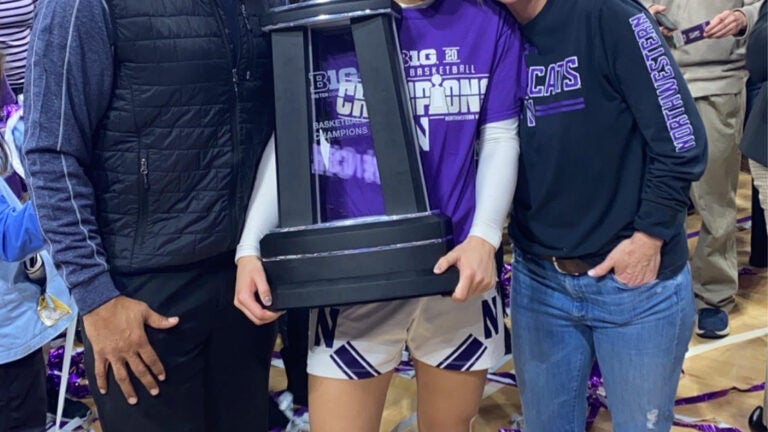