After more than seven months of on and (mostly off) negotiations, rampant rumors and lonely bullpen sessions far away from any big league stadium, seven-time all-star closer Craig Kimbrel appears to have reached the end of one of the longest and most bizarre free agent journeys in baseball history.

And after more than seven months of bullpen reconstruction, blown leads and roster machinations, the Chicago Cubs appear to have finally solved their ninth-inning problem.

Kimbrel, the most decorated closer of his generation, reached agreement with the Cubs on a three-year deal, The Athletic reported Wednesday night. The site said the deal is worth approximately $45 million and is pending a physical.

After all the twists and turns in Kimbrel’s fitful trip through free agency, two factors having little to do with his pitching ability – which has produced 333 career saves over a stellar, nine-year career – ultimately sealed his future and led him to Wrigley Field.

First, at midnight Monday, the draft-pick compensation attached to Kimbrel’s signing – which would have penalized the team signing him with the loss of a 2019 draft pick – expired, eliminating one huge disincentive teams had to locking him up.

And second, the Cubs, whose 2019 payroll was pushing up against the luxury tax, were able to use the savings from Ben Zobrist’s leave of absence, as the veteran utility man deals with a personal issue, to get the Kimbrel signing done.

“Anybody would be excited to get a guy of his ilk in their bullpen,” Cubs Manager Joe Maddon told reporters Wednesday, before the Kimbrel signing occurred. “When you’re able to lengthen the bullpen, with the really quality guys at the end, you can shorten the game. There’s no question you can shorten the game. That’s the kind of stuff that can get you on a roll, when you don’t give up leads and you can shut things down.”

Kimbrel, who turned 31 last week, does not come without significant questions, among them the effect of his long layoff – he last pitched Oct. 27 in Game 4 of the World Series, helping the Boston Red Sox to the title – as well as his struggles late last season that, among other things, prodded the Red Sox to turn to starting pitcher Chris Sale to close out the clinching Game 5.

But there is little doubt the addition of Kimbrel will improve the Cubs’ shaky bullpen, as the team battles the Milwaukee Brewers and St. Louis Cardinals in the National League Central. With Brandon Morrow yet to return from elbow surgery and Pedro Strop only this week returning from the injured list, the Cubs had been piecing together their late-inning relief from a group that includes Brad Brach, Brandon Kintzler and Steve Cishek.

Under president of baseball operations Theo Epstein, the Cubs have always moved aggressively and decisively to address their late-inning relief deficiencies, whether it’s sacrificing top shortstop prospect Gleyber Torres to acquire Aroldis Chapman from the New York Yankees in 2016 – a move that paid off with a World Series title – or sending top outfield prospect Jorge Soler to the Kansas City Royals for Wade Davis the following winter.

“You’re always trying to get better out there [in the bullpen], and we’ve been open about the fact that at some point we’ll probably get some help from outside the organization,” Epstein told reporters Wednesday afternoon, without confirming the Kimbrel signing. “. . .. There’s usually not quality free agents rolling around this time of year. But any guy that’s out there, we’ll certainly do our due diligence and see if that makes sense.” 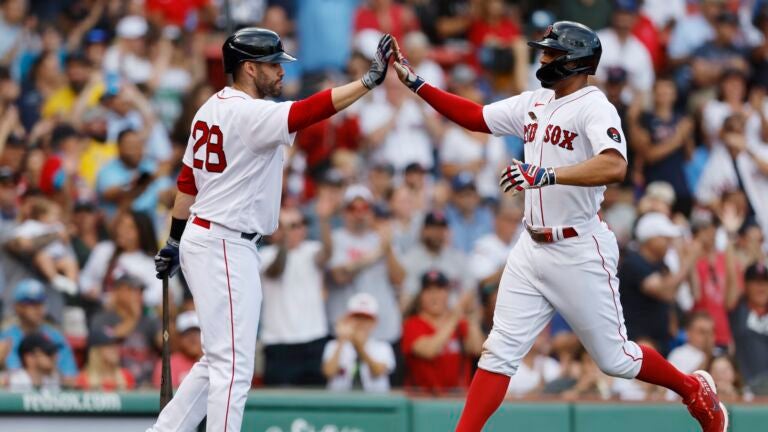 8 things to know about the Red Sox’ offseason