In fact, the 24-year-old from Greece said he’d never even touched a baseball before he did so Monday night at Yankee Stadium.

The reigning NBA MVP was shocked.

“It was really heavy,” Antetokounmpo told The Associated Press. “I thought it would be lighter.”

The Milwaukee Bucks star went on to take a few swings in the batting cage beneath the stands before the Yankees faced the Tampa Bay Rays. The 6-foot-11 Antetokounmpo got some coaching, with limited results — he swung and missed once with the ball on a tee, and made light contact on two other tries.

“I would be a terrible baseball player,” he said.

The “Greek Freak” was in the Bronx with his three brothers to promote his new signature sneaker and signed a pair for a fan — Yankees pitcher CC Sabathia.

Antetokounmpo watched the Yankees take batting practice, which reinforced his notion that he wasn’t destined for the diamond.

“I saw Aaron Judge hitting the ball into the stands. That’s amazing. You’ve got to be really strong to do that,” he said. 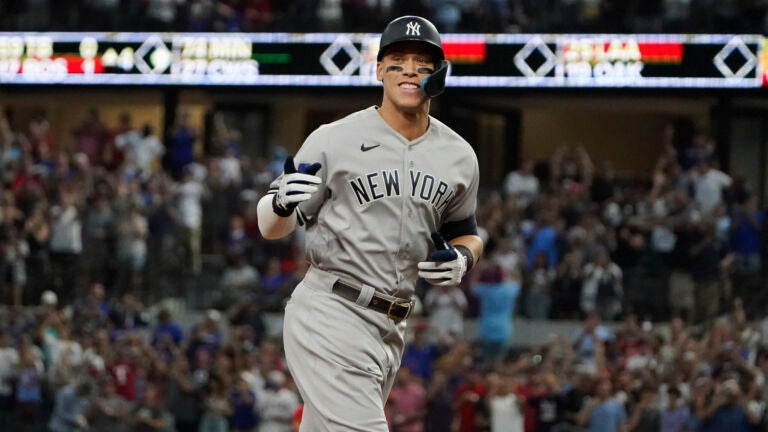