Rob Manfred believes the sign-stealing scandal that implicated the 2017 Astros and 2018 Red Sox could have changed who was in the World Series, but is hoping a transparent investigation process will allow fans to make their own decisions.

In Davos, Switzerland, the MLB commissioner appeared on Fox Business Network’s Mornings with Maria to discuss the fallout of the Astros scandal, the ongoing investigation of the Red Sox, and experimenting with new technology in the game.

“Four really accomplished baseball people – Carlos Beltran, Alex Cora, Jeff Luhnow, and A.J. Hinch lost their jobs over this,” Manfred told Maria Bartiromo. “Nobody likes to see that happen. But I do think it’s the kind of message that will serve as a deterrent for this behavior going forward.

“If I have some credible evidence that any other team was involved, they will be investigated with the same thoroughness that we investigated the Astros.”

Misuse of technology may have been at the heart of these scandals, but this doesn’t mean baseball will shy away from it. Manfred said a “camera-based system” that will call balls and strikes will be implemented alongside umpires during spring training and in some minor leagues this season. The camera will relay its call to the umpire’s earpiece.

“We believe, over the long haul, it’s going to be more accurate,” Manfred said. “It will reduce controversy in the game and be good for the game. We think it’s more accurate than a human being standing there.”

Amid conversation about the championship teams – and the Los Angeles city council voting unanimously to award the Dodgers the 2017 and 2018 World Series trophies – Manfred said there isn’t enough evidence to revoke championships and award them assumingly.

“It could have changed who was in the World Series,” Manfred said. “It’s absolutely unclear that the Dodgers would have been the World Series champion. I think there’s a long tradition in baseball of not trying to change what happened. I think the answer, from our perspective, is to be transparent about what the investigation showed and let our fans make their own decision about what happened.”

Manfred also said the pending Red Sox investigation would make it difficult to hand down such a punishment.

“We haven’t concluded our investigation with the Red Sox, so it’s a little hard to take the trophy away from somebody who hasn’t yet been found to do something wrong. We don’t know what the outcome of that’s going to be.” 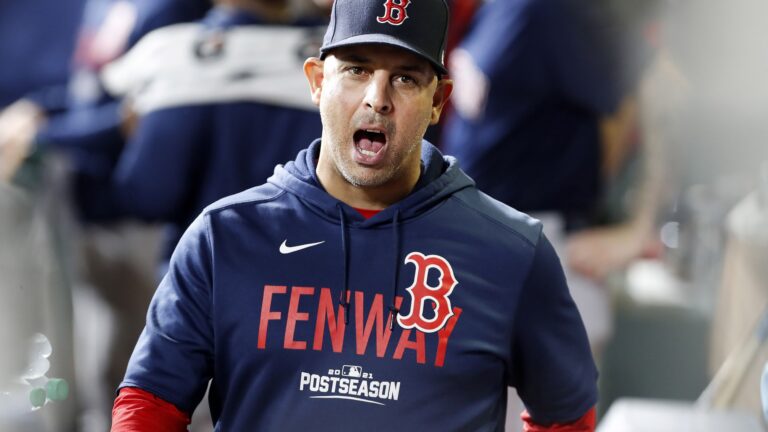