Brad Balukjian’s concept for his first book — tear open a pack of 1986 Topps baseball cards, chomp the ancient pink rectangle of gum-ish substance, then hit the road to unwrap the post-baseball lives of the players found in the pack — is so obviously compelling that it is the envy of any wannabe-author sportswriter who has never been able to summon the right idea.

It’s such a wonderful and crisp idea that it’s a surprise it’s never been done before. But it hasn’t, and Balukjian is such a likable narrator, who uses his own story as the connective tissue between chapters on his pursuit of players (among them the elusive Carlton Fisk, a kind-hearted Rick Sutcliffe, and the sadly unreliable Dwight Gooden), that this sportswriter finds it easy to list “The Wax Pack” with Mark Winegardner’s “Prophet of the Sandlots” and Terry Pluto’s “The Curse of Rocky Colavito” among his all-time favorites.

It’s not “Ball Four,” because nothing is, but its quest is essentially an extension of the most famous quote from Jim Bouton’s iconic memoir: “You spend a good piece of your life gripping a baseball, and in the end it turns out that it was the other way around all the time.”

The surprise is not that Balukjian’s book is a success — it was recently ranked No. 1 among Amazon’s top-selling baseball books — but that it took so long to get the green light from a publisher. Balukjian, a Rhode Island native who is not a sportswriter but a biology professor at Merritt College in Oakland, Calif., endured 38 rejections before he found a publisher, the University of Nebraska Press.

“I think that even the people that rejected it thought it was a really good idea and even thought that my writing was really good,’’ said Balukjian, who grew up a Phillies fan and connects with his boyhood hero, former pitcher Don Carman, at the core of the book.

“A big thing was that I didn’t have a platform,” Balukjian said. “The major publishing houses have become so risk-averse that they want you to have a built-in following of 100,000 Twitter followers or some form of celebrity. So they were like, ‘Well, no one knows who Brad Balukjian is, so we don’t think we can sell enough copies to justify a deal.’

“I just think they were short-sighted to see the vision for the book, which is that it was beyond baseball.” 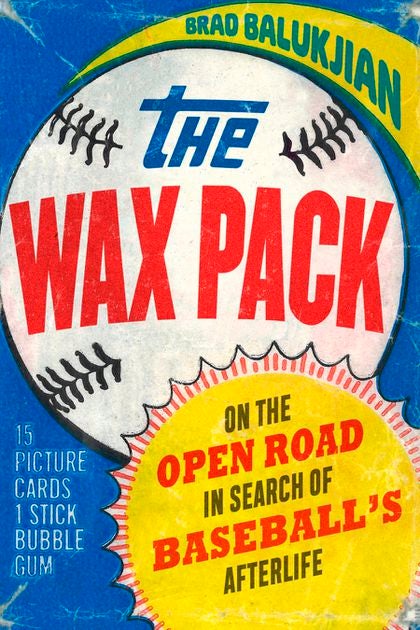 “The Wax Pack,” by Brad Balukjian, is out now.

Some of Balukjian’s themes in “The Wax Pack” — the relationship between fathers and sons, the struggle to find a second act in life, the challenges of being an underdog — might lean toward cliché in the hands of a less-skilled writer.

They never feel anything but authentic here, especially early in the book when the author realizes that a poor relationship with their fathers is a common thread among a few of the first players he meets up with. It helps that so many of the players — most interestingly, Carman, former Dodgers catcher Steve Yeager, and journeyman infielder Randy Ready — were willing to open up to Balukjian, to take emotional risks and be candid with a complete stranger.

That they are so willing to talk about what life is like when their name is no longer being written on a lineup card mutes any mystique about the life of an ex-ballplayer. The players connect with Balukjian, and thus the reader, on a poignant, relatable level, giving the book genuine heft.

“You could write so many different kinds of books with the concept of basing it on a single pack,’’ said Balukjian. “But as I got into it, I sort of realized that the kind of writing I like to do is participatory. I’m at my best writing-wise when I can do that.

“And then as they’re opening up and telling their stories, I recognized that I should do the same,’’ added Balukjian, who discusses his own battle with obsessive-compulsive disorder, visits with a lost love, and is blunt about some of his own failings. “I wanted to make it clear that I was willing to be as vulnerable as they were and to look at the parallels between the struggles that they had and the struggles that I have.”

The book does not lack for humor and good vibes, especially when Balukjian is foiled — usually temporarily — in his pursuit of uncooperative players, most notably Fisk. Reading about the clever plans he cooks up to catch up with those who are resistant or indifferent to the project offers insight into the resilience he needed to get “The Wax Pack” published in the first place.

“I wanted to get everybody, but as it turned out, I think the book is better for the people I didn’t get,’’ Balukjian said. “The stories about Fisk, about [Gary] Pettis, about Gooden, Vince Coleman, they add narrative tension, conflict, drama, all the elements that a good story needs. If the book was just everyone being awesome, it would be a pretty boring book.”

It’s anything but that, to the point that Balukjian has been asked if he’ll open up a second pack and hit the road again in search of a sequel. He says that is not in the cards, so to speak.

“People seem frustrated that I don’t want to do that,’’ he said. “If I did a sequel, maybe there would be more money available, it would be easier to get published. But if I’m being honest with myself, would it be as good? The answer is no.

“It wouldn’t be as good with the same device and theme, especially since my story was told in this book, too. I just wouldn’t believe in it the way that I believed in this.” 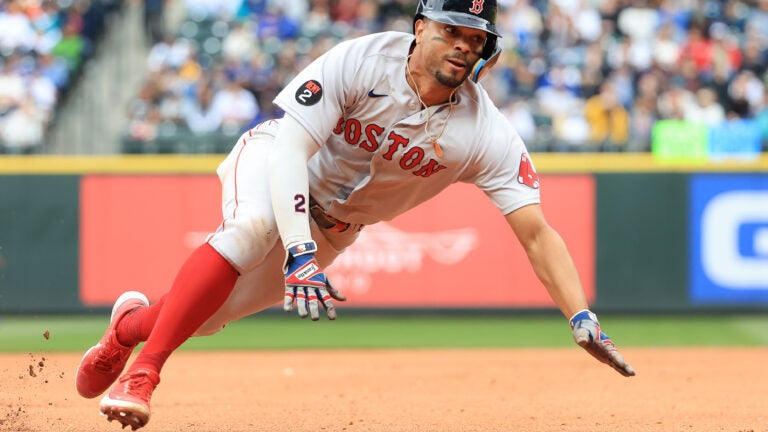 The surging Red Sox are finding unbelievable ways to win