ATLANTA — There are plenty of ways to win a game in the World Series.

Atlanta, on Friday night, found this peculiar one: Start with an “effectively wild” starting pitcher, and add an offense that mustered a lone run in an inning that featured seven batters. Finish things off with a bullpen that nearly pulled off a combined no-hitter and slammed the door regardless. A late home run for insurance purposes did not hurt.

But Atlanta did not need the insurance. The Braves won, 2-0, to maneuver around the Houston Astros in Game 3 of the World Series, taking a lead of two games to one in the best-of-seven showdown.

On a stage where the franchise had not hosted since 1999, and on a night that began with a poignant tribute to Hank Aaron, Atlanta summoned an unorthodox showing of pitching mastery to keep a potent offense largely moribund — in spite of a blur of balls and hit batsmen.

The family of the legendary Hank Aaron was honored before #WorldSeries Game 3, along with a first pitch by Hank Aaron Jr.

Starter Ian Anderson threw five innings without permitting a hit. Then came A.J. Minter, whose inning of work kept Houston’s bats similarly silenced. Luke Jackson needed 11 pitches to retire the Astros in order in the seventh. And although Tyler Matzek allowed an eighth-inning flare of a single to Aledmys Díaz, who was in the game as a pinch-hitter, ending Atlanta’s quest for the first combined no-hitter in World Series history, he ultimately extinguished Houston’s hopes of evening the score then.

Will Smith, the Atlanta closer, surrendered a single to start the ninth but stymied the next three Astros.

All told, Atlanta walked three Astros batters and hit two. Its staff threw as many pitches — 133 — as Houston, but six fewer strikes. And Dusty Baker, the manager of the Astros, said that Anderson’s “effectively wild” outing had kept Houston off-balance.

“Our guys never could zero in on the strikes,” Baker said. “It’s no secret they’ve got a good bullpen, so we didn’t center too many balls tonight. We threatened a couple times and didn’t get the two-out RBI hits we’d gotten before, and it was kind of an uneventful night for us.”

Even though Atlanta won, and even if Atlanta goes on to win the World Series for the first time since 1995, its decision to pull Anderson after five no-hit innings and 76 pitches is virtually certain to live on for debate.

“I thought there was a chance that I could stay in,” Anderson said, “but I think, when you have a chance to get to those guys at the back end, you can’t hesitate.”

Atlanta’s manager, Brian Snitker, acknowledged that his strategy “could have backfired, I guess.”

But he also said he had concluded that, in a World Series game with a lead, Anderson had achieved all that Atlanta could reasonably demand.

At that point, though, Snitker’s club was operating under the narrowest of scoreboard advantages.

Atlanta’s offensive outburst, if it could be called that, began when Eddie Rosario, a recurring star of the team’s postseason run, turned a six-pitch at-bat into a walk. Freddie Freeman followed with a single into left-center.

Luis Garcia’s strikeout of Ozzie Albies left Atlanta with runners on first and second with one out as Austin Riley sauntered to the plate, provoking the cheers that have followed him here throughout the playoffs: “MVP! MVP! MVP!”

Riley swung at a cutter and missed. Garcia decided to place the same bet.

It failed. Riley swung at the cutter and struck it with just enough zip down the third-base line, just beyond the diving reach of Alex Bregman. Rosario dashed home as Freeman came to a stop at third and Riley headed toward second.

An eruption, the same kind that had put Game 1 away early, seemed imminent, maybe even probable, particularly when Jorge Soler walked to load the bases with a lone out.

But Adam Duvall popped out to first, and Travis d’Arnaud was unable to stop his bat on a 2-2 pitch, striking out on a checked swing.

Houston lurked in the fourth, after Anderson walked Yordan Álvarez and hit Carlos Correa with a four-seam fastball that ripped in at 94 mph.

The Astros never had two men aboard at once again, though Jose Siri, running for Díaz in the eighth, reached third on a stolen base and a throwing error that left the ball bouncing into center-field. Matzek, though, promptly forced a fly ball off the bat of Michael Brantley to end the threat.

In the bottom half of the eighth, Houston’s Kendall Graveman picked up two quick outs before d’Arnaud, perhaps looking for a measure of atonement after cutting Atlanta’s third-inning would-be rally short, stepped into the batter’s box.

Graveman fired a sinker as his first offering to d’Arnaud, who hit it 437 feet into the stands in center.

And the strong showing by Garcia, who had exited with two outs in the fourth inning and allowed one run on three hits, was further squandered.

“I think we didn’t swing it for one game,” Bregman said. “I think we flush it and move on to the next day and have a short memory. You have to in this game.”

Game 4 is scheduled for Saturday night in Atlanta, while Game 5 is planned for Sunday. If Atlanta loses either, the series will return to Houston on Tuesday, just a few days after one chance for history fell away late.

Not, Atlanta’s players insisted, that it bothered them all that much.

“The goal of every game is to get a win,” d’Arnaud said. “I think a no-hitter would have been a bonus, but when they got that hit, that wasn’t our goal when the game started. It was just to go out there, execute pitches, get outs, and end with a win. That’s ultimately what we did.” 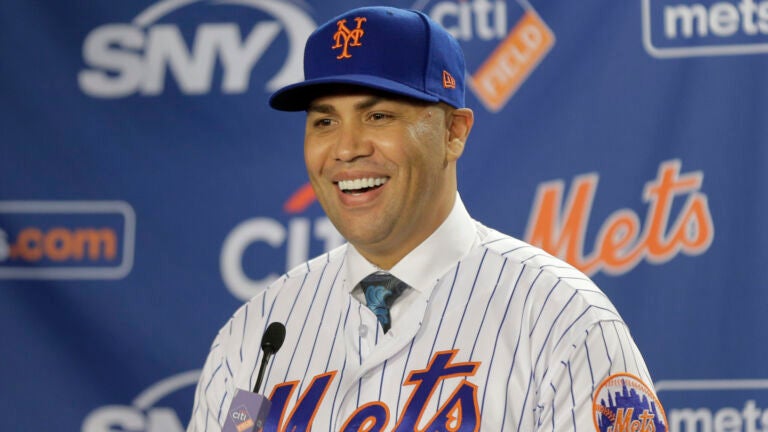 Hall of Fame voters have rejected Steroid Era candidates. Up next: The Astros.