The union’s executive board approved the agreement in a 26-12 vote, pending ratification by all players, a person familiar with the balloting said, speaking to The Associated Press on condition of anonymity because no announcement was authorized.

MLB sent the players an offer Thursday and gave them until 3 p.m. to accept in order to play a full season. The union announced the player vote around 3:25 p.m. Owners had discussed the deal before MLB sent it to the players association.

The agreement will allow training camps to open this week in Florida and Arizona, more than three weeks after they were scheduled to on Feb. 16. Fans can start making plans to be at Fenway Park, Dodger Stadium and Camden Yards next month. Opening day is being planned for April 7, a little more than a week behind the original date on March 31.

The deal will also set off a rapid-fire round of free agency. Carlos Correa, Freddie Freeman and Kris Bryant are among 139 big leaguers still without a team, including some who might benefit from the adoption of a universal designated hitter.

THIS IS A BREAKING NEWS UPDATE. AP’s earlier story follows below.”

Major League Baseball and its locked-out players gained momentum toward an agreement Thursday after the bickering sides agreed to negotiate on an international amateur draft and management made a new counteroffer.

MLB told players if an agreement was reached by 3 p.m. Thursday and ratified later in the day, players could start reporting to spring training on Friday, a person familiar with the negotiations told The Associated Press. The person spoke on condition of anonymity because no announcement was made.

A deal Thursday also would preserve the 162-game schedule and opening day would be April 7, a little more than a week after the original March 31 date, the person said.

Under a deal reached on the 99th day of a lockout that has delayed the season, the sides agreed to a July 25 deadline to establish an international draft that would start in 2024.

Talks aimed at ending the lockout had bogged down on the draft issue Wednesday, and baseball Commissioner Rob Manfred canceled 93 more games, raising the total to 184. He said opening day would be no earlier than April 14.

The sides narrowed many economic differences to a small margin in recent days.

MLB raised its luxury tax threshold proposal to $230 million this year earlier this week, and its final year of 2026 to $244 million on Thursday. That was up from $240 million and almost the midpoint of the union’s $250 million.

MLB raised its offer on the pre-arbitration bonus pool from $40 million to $50 million — players were at $65 million, with $5 million annual increases.

For the first time in the nearly one year of talks, there was hope among both sides that an agreement could soon be reached.

Under the deal reached Thursday that enabled the sides to get past the previous day’s logjam, if a negotiated agreement on a draft is reached by July 25, direct amateur draft-pick compensation would be removed for free agents starting with the 2022-23 offseason.

If the sides do not reach an agreement by July 25, direct amateur-draft pick compensation would remain in place.

Manfred did not use the word “canceled” to describe the games wiped off the calendar but left the appearance 162 games no longer could be played due to baseball’s ninth work stoppage, its first since 1995.

“We were talking these last few days about taking those first two series and finding a way to get them back in the schedule,” Arizona Diamondbacks President Derrick Hall said. “From what I’m hearing now, these four series are out.”

In MLB’s proposal for an international draft, teams would rotate picking in different quadrants of the first round over a four-year period. A slotting system would be installed similar to what the union agreed to starting in 2012 for the amateur draft covering residents of the U.S., Puerto Rico and Canada.

The international draft proposal includes hard slots that could not be negotiated by individuals. MLB estimates $17 million in additional spending for the drafted international players above the $166.3 million spent by the 30 teams in 2021, plus an additional $6 million on non-drafted players. The draft would start in 2024.

International players would lose the right to pick which team they sign with. The age for the draft would be in the year a player turns 16.

“The narrative being pushed also ignores a lot of history, including corruption from clubs,” Mets shortstop Francisco Lindor tweeted. “This issue is bigger than just Latin players or amateur players. It’s about all players and about the future of the game.” 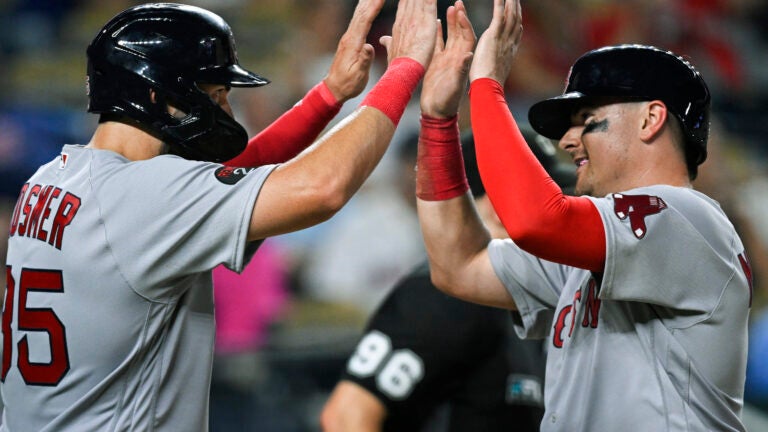