NEW YORK (AP) — Yankees right-hander Jameson Taillon lost his perfect game Thursday night when Jared Walsh led off the eighth inning for the Los Angeles Angels with a double that deflected off the glove of sliding shortstop Isiah Kiner-Falefa.

Kiner-Falefa was shifted to the right side of second base and chased Walsh’s grounder up the middle. He slid and hurried to make a backhand grab and throw, but the ball skipped off his mitt into shallow left field, allowing Walsh to reach second.

There have been 23 perfect games in major league history, including two before 1900. The most recent was thrown by Félix Hernández for the Seattle Mariners against Tampa Bay on Aug. 15, 2012 — the last of three that season.

Kiner-Falefa preserved the perfect game in the seventh with a stellar backhand stop and jump-throw to get Shohei Ohtani. The two-way star pleaded with Angels manager Joe Maddon to challenge, but replays showed the throw to first just beat the speedy Ohtani.

Mike Trout then flied out to left, leaving Taillon six outs from history with the meat of the Angels’ order out of the way.

The Yankees won the opener 6-1 behind a gem from Nestor Cortes, handing the Angels their seventh straight loss.

Heavy rain was forecast for Thursday night, and it seemed certain for most of the day that the second game would get postponed. The opener was delayed for 1 hour, 28 minutes, in the ninth inning by severe showers, but skies cleared around 5:30 p.m. and have stayed that way.

The 30-year-old Taillon returned this spring from offseason right ankle surgery in the best form of his career. He entered Thursday 5-1 with a 2.49 ERA and pinpoint control — he had walked five in 50 2/3 innings.

Selected second overall by Pittsburgh between Bryce Harper and Manny Machado in the 2010 draft, Taillon has been hampered by injuries throughout his career. He’s had Tommy John surgery twice, missed time with a sports hernia and had an operation for testicular cancer in 2017 that sidelined him for five weeks.

Taillon’s opponent on the mound, Reid Detmers, has thrown one of two no-hitters in the majors this season. Detmers no-hit Tampa Bay on May 10. The other was a combined effort by five New York Mets pitchers April 29 against Philadelphia.

Detmers skated around trouble to get through 4 1/3 scoreless innings Thursday. 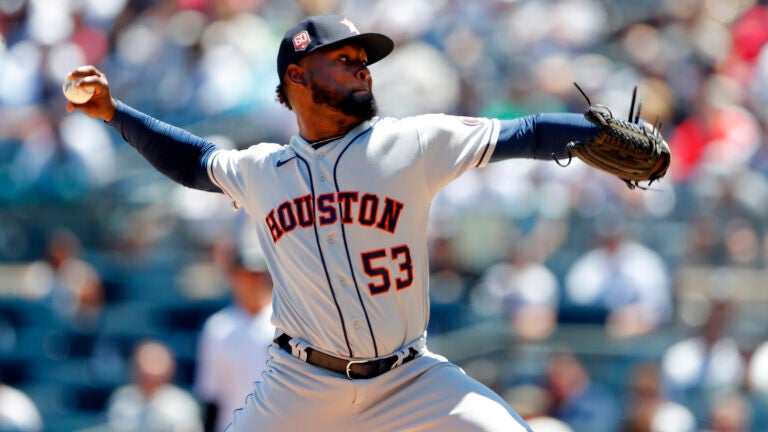