COOPERSTOWN, N.Y. — When John Jordan “Buck” O’Neil Jr. wrote his memoir, in 1996, he called it “I Was Right On Time.” It was a challenging, counterintuitive title for the life story of a man barred from playing major league baseball because of his skin color.

But O’Neil looked at everything through the lens of timing, his niece, Dr. Angela Terry, said Sunday at his Baseball Hall of Fame induction ceremony. O’Neil, the first Black coach in MLB history, six decades ago with the Chicago Cubs, believed there was always good to be found — right here, right now — if only you looked for it.

“In this light, he would remind all of us that his playing career was in the Negro leagues, and that today he was being inducted into the same class as a Black baseball pioneer, Bud Fowler, and a former Negro league All-Star, Minnie Miñoso,” Terry said in her speech to a crowd of roughly 35,000 at the Clark Sports Center. “For those of us who knew Uncle John, can’t you almost hear him excitedly voicing one of his favorite phrases: ‘Man, oh, man, nothing could be better!’”

Leave it to O’Neil, a master storyteller who brought the Negro leagues to life for millions of modern fans, to come up with the perfect tagline for an imperfect afternoon headlined by David Ortiz, the slugger who led the Boston Red Sox to three championships this century.

Gil Hodges, a stalwart first baseman for the Brooklyn Dodgers, was inducted 50 years after his death of a heart attack in 1972, at age 47, when he was at spring training managing the New York Mets. His widow, Joan, 95, watched from home in Brooklyn and his daughter, Irene, spoke for the family.

“What makes today’s recognition especially bittersweet is that Minnie faced many obstacles to arrive at this day,” Miñoso’s widow, Sharon, said in her speech. “As a dark-skinned Afro-Latino at the height of segregation, he knew of the racial and cultural challenges that he would endure coming to the United States. He tolerated them so he could play professional baseball and fulfill his own American dream. Little did he know, as a pioneer, that he was opening doors for countless others behind him.”

Tony Oliva, a three-time batting champion from Cuba for the Minnesota Twins, called Miñoso “the Jackie Robinson in America” for people from his country. Oliva, 84, was inducted nearly 46 years after his final game. His former Twins teammate, Jim Kaat, finally made it for a pitching career that stretched from 1959-83.

Kaat, 83, is old enough that the major leagues were still segregated when he attended his first game, at Briggs Stadium (later known as Tiger Stadium) in Detroit in 1946, when he was 7 years old. He had made peace with his position on the outside of glory.

“I had the Hall of Fame in my rearview mirror,” Kaat said after his speech. “I wasn’t bitter about it, but I came to the conclusion that it was for dominant, opening-day guys. This might be the first time they rewarded durability and longevity.”

Former players are first considered by the Baseball Writers’ Association of America, with 75% of the vote needed for election. Hodges peaked at 63.4%, Oliva at 47.3%, Kaat at 29.6% and Miñoso at 21.1%. None have been eligible on the writers’ ballot since 1999, and various committees had passed them over since.

Now, at last, their contributions will be preserved forever in the plaque gallery, which will probably need another boost from a small committee to have much of a ceremony next year. There are no compelling newcomers to the next writers’ ballot besides Carlos Beltrán, and only one returning candidate, Scott Rolen, topped 52% last year.

Three polarizing players ran out of eligibility on the writers’ ballot: outfielder Barry Bonds and pitcher Roger Clemens, who have ties to performance-enhancing drug use, and pitcher Curt Schilling, whose incendiary rhetoric on social media soured some on his case. They could be considered by a small committee this December, but only if a different panel puts them on the ballot.

If all that sounds a bit confusing, or perhaps convoluted, Ortiz is a surprisingly uncomplicated exception. Although, as reported by The New York Times, Ortiz’s name surfaced on a list of players who tested positive for performance-enhancing drugs during survey testing in 2003 — when results were supposed to be confidential — he made it to Cooperstown on the first ballot, with 77.9% of the vote.

Ortiz, who said he had only taken over-the-counter supplements, was all but exonerated by MLB Commissioner Rob Manfred in 2016. He never served a suspension, and hit 452 of his 541 career homers in the testing era, when he won all of his championships. Ortiz was released by Minnesota in 2002 before rising to stardom with Boston.

“Even though it didn’t work out the way everybody expected,” Ortiz said in his speech, referring to the Twins, “I learned from my time there that once I get my shot in any other place, I was going to work hard to never let it go until the last day I play.”

The first sentence of Ortiz’s plaque cites his “legendary postseason performances,” and he joins Willie Stargell and Mariano Rivera as the only Hall of Famers to be named MVP in both a league championship series and a World Series.

Many fans waved Dominican flags for Ortiz, who pitched for his homeland in his speech — “We have a lot of good and happy people, beautiful beaches where you guys can go when you are freezing here,” he said. Ortiz’s daughter, Alex, sang the United States’ national anthem before the ceremony, and Ortiz spoke in his speech about his mother, Angela Rosa, who died in 2002.

“Going through this speech and putting it together, I cried a lot, to be honest with you, even this morning, every time I touched base about my mom,” Ortiz said. “It just got to the point, repeating over and over and over, it kind of cured it a little.”

For Ortiz, the honor was exquisitely timed. He was shot in the back in the Dominican Republic in 2019, and it is chilling to think of how close he came to missing his own ceremony. Instead, he is healthy and strong — the full Big Papi on the biggest day of all.

“Thank God I’m good to go, I don’t have any injuries, I’m back to normal,” Ortiz said later. “I always appreciate that and thank God for everything.” 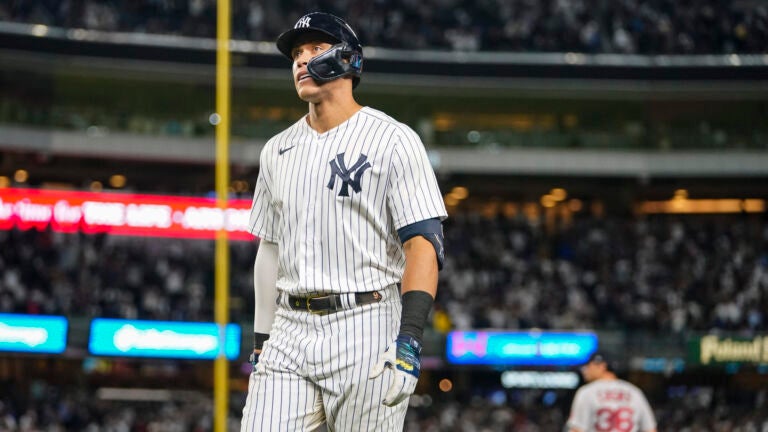