Martin Scheinman, the sport’s independent arbitrator, notified Major League Baseball and the Major League Baseball Players Association that a majority of the 5,567 players in the minor league bargaining unit had signed union authorization cards since the drive started Aug. 28. He did not provide the sides a specific number.

“This historic achievement required the right group of players at the right moment to succeed,” union head Tony Clark said in a statement. “Minor leaguers have courageously seized that moment, and we look forward to improving their terms and conditions of employment through the process of good faith collective bargaining.”

MLB had agreed Saturday that it would voluntarily accept a union if there was majority support and would not force players to petition the National Labor Relations Board to hold a representation election.

“Major League Baseball has a long history of bargaining in good faith with unions, including those representing minor and major league umpires, and major league players,” the league said in a statement. “Based on the authorization cards gathered, MLB has voluntarily and promptly recognized the MLBPA as the representatives of minor league players. We are hopeful that a timely and fair collective bargaining agreement will be reached.”

Minor leaguers form a separate bargaining unit within the MLBPA, which negotiated its first collective bargaining agreement for big leaguers in 1968 but had until now been uninterested in representing players with minor league deals. Approximately 1,200 major leaguers are covered by the big league agreement, and their average salary has risen from $19,000 in 1967 to more than $4 million this year.

Minor leaguers are expected to choose player representatives who will lead them in bargaining during the offseason. Bruce Meyer, who headed negotiations last winter for a major league agreement, will lead the minor league negotiations, and Deputy Commissioner Dan Halem will be the point man for management. Meyer was promoted to deputy executive director in July.

Harry Marino, who has served as head of Advocates for Minor Leaguers since April 2021, was hired as an MLBPA assistant general counsel.

“For decades, conventional wisdom said it was impossible to unionize the minor leagues,” Marino said in a statement. “Over the past few years, a group of audacious and committed folks came together to prove that wrong.”

MLB raised weekly minimum salaries for minor leaguers in 2021 to $400 at rookie and short-season levels, $500 at Class A, $600 at Double-A and $700 at Triple-A. For players with major league contracts on option to the minors, the minimum is $57,200 per season for a first big league contract and $114,100 for later big league contracts.

In addition, MLB this year began requiring teams to provide housing for most minor leaguers.

“In a multibillion-dollar industry, there is no excuse to pay these players below the poverty line,“ AFL-CIO President Liz Shuler said in a statement. “By joining together to use their collective voice at the bargaining table, the minor leaguers will be able to advocate for a union contract that will ensure a future with the good pay and benefits they deserve.”

Many amateurs receive large initial signing bonuses: 67 of the top 68 draft picks this year agreed to $1 million or more, and the top 97 picks who signed got more than $690,000 each.

The MLBPA also governs agents for major leaguers, requiring certification and establishing regulations that include prohibitions on payments, gifts and loans to clients. Agents negotiating minor league contracts have been unregulated.

MLB and the big league union have had a contentious relationship that led to nine work stoppages, including a 99-day lockout last winter that delayed the start of this season.

Minor league union dues are likely to be a fraction of big league dues: $85 per day this year over the 182-day season. The union does not represent players in the Dominican Summer League.

Next year’s minor league schedule opens March 31 at Triple-A and April 6 at lower levels, when the minor leaguers’ leverage may be greatest. A strike could lead each team to keep its dozen or so optioned players at training complexes playing makeshift games.

The big league union has represented optioned players since 1981.

MLB and lawyers for minor leaguers agreed this year to a $185 million settlement of an eight-year-old federal lawsuit alleging violations of minimum wage laws, a deal that may be finalized next year. An early estimate is that perhaps 23,000 players could share roughly $120 million with an average payment of $5,000 to $5,500, and their lawyers will split $55.5 million. 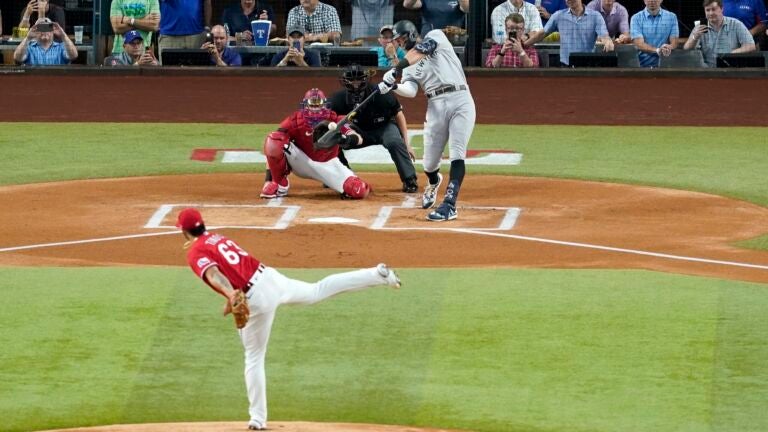