Aaron Judge completed his chase for 61 homers in a game against the Blue Jays on Wednesday with a blast to left field that cleared the fence and bounced back into the bullpen.

Unfortunately for a Blue Jays fan who came to the game fully equipped for just such a situation with a baseball glove, the 394-foot homer — which had an exit velocity of 117 mph, per Baseball Savant — went screaming toward the seats just a little too quickly.

The fan pulled his glove off in frustration and turned around with his hands over his head, accidentally (we assume) plunking his glove off the head of a fan standing behind him. An equally devastated fan next to him put his glove on his head.

SportsNet cameras later caught the first fan looking forlorn, presumably contemplating the amount of money (or at very least the amount of free Yankees swag) that caromed off his glove just minutes prior.

Best of luck next time to this fan. Maybe he can travel to Yankee Stadium on Friday for a shot at No. 62. 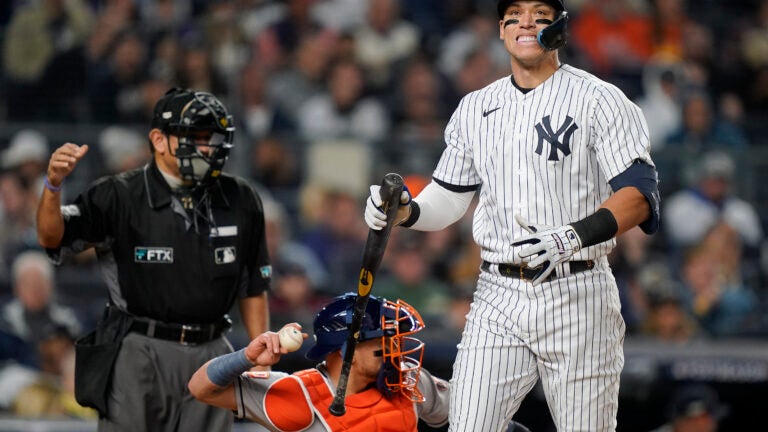