With one out in the top of the ninth inning of Game 4 of the World Series — a game that would end with a 5-0 Astros victory and a combined no-hitter — Fox broadcasters Joe Davis and John Smoltz couldn’t resist getting momentarily sidetracked by a pending quirk of the sports calendar.

Smoltz, the color analyst, began their amusing dialogue between pitches, noting that on Thursday night, the Astros and Phillies would play Game 5, while the NFL matchup that evening would feature the Eagles and Texans.

Smoltz wondered whether it was the first time two cities’ teams would square off in a World Series game and an NFL game on the same night.

Davis, in his first season as Fox’s No. 1 baseball play-by-play voice, said good-naturedly, “Hey, look, 7-0 [the Eagles’ record] against 1-5 [the Texans’ mark entering Thursday], would you rather watch that or would you rather watch a World Series tied at 2?” Then, with a little extra emphasis, “We’ll see ya on Fox!”

After Davis called a pitch, Smoltz asked, “What’s your guess? You think that it’s ever happened before?”

Replied Davis, “No, probably not,” then after a fraction of a second added, “seven times I’m actually told. So by no, probably not, I mean, many times, partner.”

The conversation and that final response, which brought a burst of laughter out of Smoltz, served as another reminder of how seamlessly Davis has fit in after Joe Buck decamped for ESPN.

That the back-and-forth happened when it did — late in a World Series game that, with the oddball no-hitter, became instant Fall Classic lore — also seemed to confirm that Thursday’s head-to-head matchup with “Thursday Night Football” featuring the same two cities was never far from mind for anyone involved.

As it turned out — and perhaps this counts as a mild upset given how the NFL dominates television viewership — the World Series proved to be a bigger draw Thursday than the football game.

In Houston, Game 5 drew a 25.5 rating/55 share, while the “Thursday Night Football” simulcast on KTXH got a minuscule 1.5 rating/3 share.

It should be noted that Amazon Prime did end up with some bragging rights in specific demographics. Despite having 5 million fewer viewers overall, it had slightly higher ratings in the important adults 18-49 and 25-54 demos.

In a press release Friday night, Amazon couldn’t resist amplifying the notion that baseball appeals mostly to older people, noting that the median age for its “Thursday Night Football” broadcast was 45, while it was 58 years old for the World Series game.

But in the big picture? Thursday was a good night for baseball, and a better one for Houston sports fans, who surely enjoyed the Astros’ thrilling Game 5 win more than they bemoaned another Texans loss. 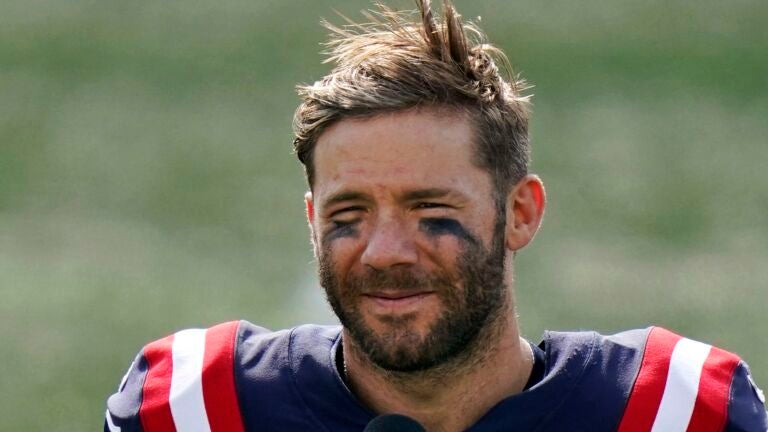