“This is a great organization and I feel so fortunate to be surrounded by such tremendous personnel. We have made significant strides in many areas of baseball operations over the last couple of years, and I am committed to building upon them to form a championship organization for the city and our incredible fan base,” Dombrowski said Tuesday.

Dombrowski made the pivotal decision to fire manager Joe Girardi with the team scuffling in June and replace him with bench coach Rob Thomson. Behind sluggers Bryce Harper, Kyle Schwarber and Rhys Hoskins, Thomson helped lead the Phillies to their first playoff appearance since 2011 and their eighth NL pennant.

The Phillies finished the regular season 87-75 and earned the third NL wild-card spot. They beat the NL Central champion St. Louis Cardinals and the NL East champion Atlanta Braves in the first two rounds of the postseason and the San Diego Padres in the NL Championship Series.

The Houston Astros beat the Phillies in six games to win the World Series.

The 66-year-old Dombrowski was hired in December 2020 following stints in the front office with Montreal, the Florida Marlins, Boston and Detroit. His clubs have won five pennants and two World Series titles. He is the only head of a baseball operations department to lead four different franchises to the World Series and only one of five general managers to have won a World Series title with two different teams.

“We are extremely pleased that Dave has agreed to continue to lead our baseball operations department through the 2027 season,” team owner John Middleton said. “His astute knowledge of the game and keen eye for talent set us on a path to win the National League pennant. I firmly believe that under his stewardship, we will reach our ultimate goal.”

Dombrowski was the youngest general manager in baseball history when he took over the Montreal Expos in 1988 at 31 years old, and he played a major role in putting the small-market club on a path to contention with its fruitful farm system.

He joined the expansion Florida Marlins in 1991, two years before their first game, and was the chief architect of their 1997 World Series championship. Then he oversaw an ownership-mandated fire sale, helping to ultimately rebuild a Marlins squad that won another title in 2003, although Dombrowski had left for Detroit by then.

Dombrowski turned a Tigers team that lost an American League-record 119 games in 2003 into a perennial winner. Detroit won four straight division titles from 2011-14 and AL pennants in 2006 and 2012 before cutting him loose after the 2015 season.

He joined the Red Sox as president of baseball operations the following August and made a number of key acquisitions that led to Boston’s 2018 World Series championship, when Dombrowski also assumed GM duties.

Dombrowski was fired by the Red Sox in September 2019 amid a disappointing follow-up to the championship run.

In his 33 years as a president or general manager, Dombrowski’s teams have made the playoffs 10 times, winning seven division titles, five pennants and two World Series. In his last 11 seasons, his clubs have gone 982-768 (.561), with eight playoff appearances, three pennants and one World Series title. 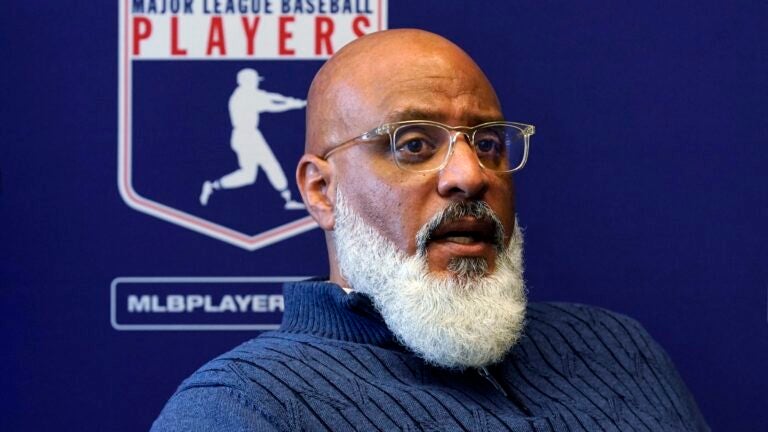