The Red Sox rallied from a 5-1 deficit to defeat the Royals 6-5 on Monday. The comeback was led in part by Hunter Renfroe, who hit two home runs, including the go-ahead 434-foot shot in the sixth inning.

Elsewhere on Monday, the Lightning took a 1-0 lead in the Stanley Cup Final, defeating the Canadiens 5-1 in Game 1.

And the Clippers won Game 5 of the NBA Western Conference Finals, beating the Suns, 116-102. Phoenix still leads the series, 3-2.

In international sports, Monday saw a pair of thrilling games in the European Championships. Spain defeated Croatia 5-3 in extra time, while Switzerland dramatically rallied from a 3-1 deficit late in the second half to eventually oust reigning world champions France on penalty kicks.

Cam Newton on how he deals with hate: With less than a month to go before Patriots training camp opens, Cam Newton is preparing for a quarterback competition in his second season in New England.

The 32-year-old former MVP will open as the team’s No. 1 quarterback, but face pressure in the form of Patriots first-round draft pick Mac Jones.

But how does Newton deal with criticism and hatred?

In a recent interview with “quarterback engineer” George Whitfield Jr. (a quarterback coach who has been working with Newton), the Patriots’ starter was asked how he deals with hatred projected towards him as a football player.

“Simple,” Newton replied, as transcribed by Boston Herald reporter Karen Guregian. “Feed your focus. Feed it. If the hate ain’t in my focus, I don’t feed it. I feed off of it, but I don’t feed it. It’s two different things.

“When I sense or when I dwell on hatred, that’s the product that’s gonna come out: rage, anger,” Newton explained. “But that’s the hatred using me, not me using the hatred. So I want to process that and make that fuel me. I don’t dwell on what a person may say, what this person may say, she say, I just use it to my advantage and I feed what I want it to feed.”

Trivia: What wide receiver did Cam Newton throw his first NFL touchdown pass to in 2011?

Hint: He caught a touchdown against the Patriots in Super Bowl XXXVIII.

“Just trying to figure out how to pitch again”: Garrett Richards on his up-and-down performance on Monday.

An incredible call of Switzerland’s game-tying goal against France:

On this day: In 1958, Brazil won the World Cup for the first time ever, defeating host nation Sweden in the final, 5-2. A 17-year-old Pele scored twice, including one of the most memorable goals in the competition’s history in the 55th minute:

Daily highlight: France lost, but this was still an absolute gem from Paul Pogba. 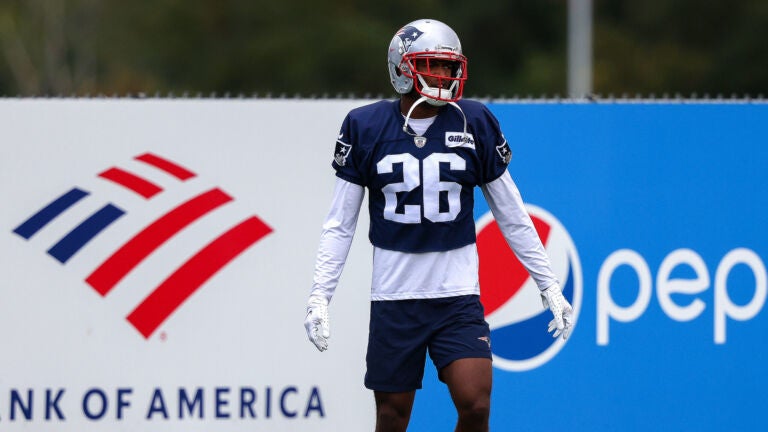