The Red Sox lost to the Phillies 5-4 in the final game before the Major League All-Star break. Boston picks up again on Thursday in a four-game series against the Yankees in New York.

The other notable Red Sox story from Sunday was that the team selected shortstop Marcelo Mayer fourth overall in the 2021 MLB Draft.

The Bucks defeated the Suns 120-100 in Game 3 of the NBA Finals. Milwaukee hosts Game 4 on Wednesday trailing Phoenix in the series, 2-1.

Italy won Euro 2020, defeating England on penalty kicks to win the competition for the first time since 1968. The victory set off celebrations in Boston’s North End.

And the United States men’s soccer team got underway in the CONCACAF Gold Cup with a 1-0 win over Haiti. Revolution goalkeeper Matt Turner started and helped the U.S. maintain a clean sheet.

Reaction to the selection of Marcelo Mayer: The Red Sox were not expecting to get Marcelo Mayer in the MLB Draft on Sunday, but only because he wasn’t projected to be available by that time.

Asked afterward if Boston was surprised that Mayer, an 18-year-old shortstop from California, was still on the board, amateur scouting director Paul Toboni had a simple response.

“I think that’s fair to say,” Toboni told reporters afterward. “For sure wasn’t the likeliest outcome in our eyes.”

Given the reaction from MLB draft experts, Red Sox fans should be happy at the unexpected result.

“Mayer is a scout’s dream,” said ESPN MLB expert Kiley McDaniel after the pick was made. “This is exactly how you want a frame to look if you’re going to project a guy to make a leap to be a Corey Seager, a Christian Yelich, whoever that might be. This is what those guys look like at that age, broadly speaking.”

McDaniel noted that while it’s clearly too early to know how Mayer will do against professional competition, his talent ceiling is high.

“They’re not fully formed at this age, but this has all the parameters you want to see in an All-Star,” McDaniel concluded.

“So when you talk about an athlete that can stick at shortstop and swings the bat with comparisons to González and Chipper Jones, and these kinds of super talented former No. 1 picks, you’ve got to feel like the Red Sox got a steal at No. 4,” Burke added.

The MLB Draft continues on Monday, with rounds 2-10 starting at 1 p.m.

Daily highlight: On Sunday, 26-year-old Sepp Kuss became the first American male rider in a decade to win a stage of the Tour de France. He accelerated away from fellow breakaway riders on the final climb of the day:

Kuss then remained clear on the descent to the finish line, celebrating by tossing his sunglasses to the crowd: 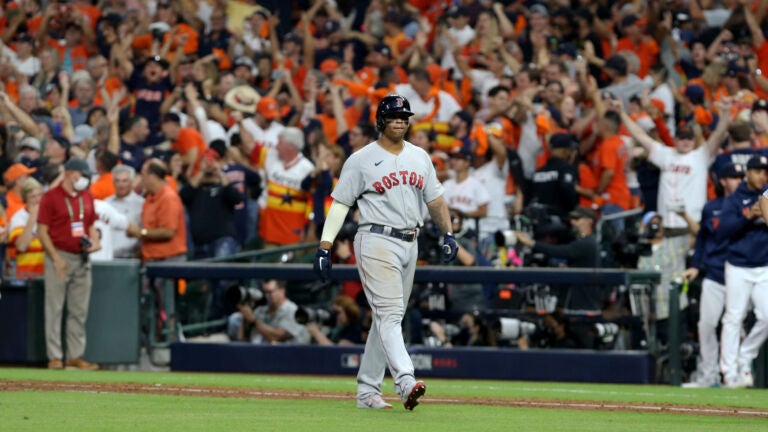